Frank Manfredi, a leading construction industry consultant, shares his prognosis for construction in the coming year and its impact on equipment acquisition trends. 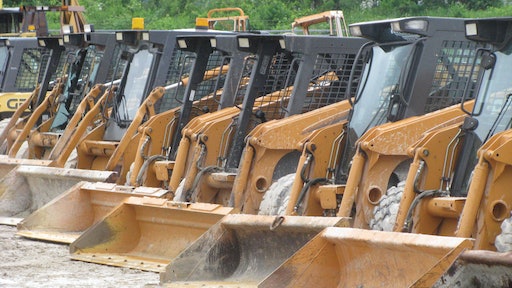 The market for compact equipment grew in 2013 and is expected to continue to grow in 2014 based on continued strength in the housing market.

The current construction machinery industry is good, not great, and is layered with exceptions. Construction Equipment Distribution, the magazine published by the Associated Equipment Distributors (AED), had a cover story entitled “The Do-It-Yourself Recovery.” The point of the article was that everyone has given up looking for the U.S. government to bale them out and stimulate the economy. There has been a lot of rhetoric in Washington, but no action.

Companies involved in the construction segment of the economy have right-sized their businesses — usually by shrinking them — in order to survive. Balance sheets are now in good shape. Equipment fleets have been culled. Key employees were retained in anticipation of the recovery.

The Associated General Contractors of America (AGC) has issued a number of reports about the shortages. Graph 1 clearly illustrates that the construction industry lost 2 million jobs in the four years between 2007 and 2011. It appears that contractors are overcoming the lack of employees by substituting investment in equipment — substituting capital (investments in machines) for labor. I call this shift jobsite automation.

What’s Ahead for Key Market Segments

The government measures construction activity as Construction Put-In-Place, which is based on the amount of money spent on projects during a given time period. Put-In-Place Construction is increasing for the fourth year and at a reasonably good pace, as shown in Graph 2. In addition, all three types of construction measured with this data are expected to increase in 2014 simultaneously, an event we haven’t seen in a number of years.

The table in Graph 3 is based on the same data but divides each time series into public and private spending. The detailed data reinforces my view that government spending (public) has not and is not expected to help the recovery.

Housing. The market for small mobile machines such as skid-steer loaders and compact excavators has grown during 2013 and I expect it will continue to grow in 2014. The housing market drives this segment of the small machine market.

The housing market has shaken off the devastation wrought by the Great Recession. Housing foreclosures are at their lowest level in four years. Housing starts have been slowly inching up. Most analysts believe 2013 starts will reach 940,000 units. Predictions for 2014 range anywhere from 1 million to 1.2 million units — the highest I’ve seen, which I don’t think is possible.

Economists believe housing is so important because of its multiplier effect. Every dollar spent on housing is multiplied by six as it ripples through the economy, because in addition to lots of jobs created, houses require materials, appliances, services, power lines, sidewalks, roads, curbs, schools and strip-malls to name a few.

Transportation. Road construction is expected to remain flat in 2013 compared with 2012 and may decline slightly in 2014. Legislators in Washington have talked about making infrastructure spending a priority, but so far it’s only talk.

The current program, MAP-21, is a continuation of programs started six or eight years ago. The best Congress has been able to do is extend non-controversial legislation. The current bill expires in October 2014. There have been a few moments in the past five years when it looked as if President Obama would push for more road spending. But alas, it was not to be. It looks as if bridge repairs will have to go begging for another year.

Renting equipment for specialized applications has always been a good option for equipment users. But during the Great Recession, equipment rental has become a much more common method of obtaining the use of machines on a regular basis. The uncertainty caused by the recession and the higher prices of machines due to U.S. EPA emission regulations have made it economical for users to rent rather than own machinery, especially when utilization rates drop below 50%, and given the shift to jobsite automation mentioned earlier.

It’s easy to see this pattern by calculating the rental revenues per employee in the construction business. After a pause in 2010, contractor expenditures or renting machinery from the national rental companies (as well as local rental companies and equipment dealers with rental fleets) has increased dramatically from $4,000 per year for each employee to $6,000 (see Graph 4).

Natural gas drilling, also known as hydraulic fracking, has gotten to be big business for the operators and also for equipment suppliers. The fracking process is very equipment intensive. The drill site must be leveled. Sometimes starter trenches are dug. The projects require earthmoving and lifting equipment, huge pumps, air compressors and generator sets.

I’ve been hearing anecdotes about the equipment intensity of the process. One equipment dealer in Western Pennsylvania told me he was asked by a fracking customer to rent, not purchase, 50 excavators and 20 bulldozers. The dealer complied, but was required to make an investment of more than $300 million just to satisfy one customer!

The mining segment of the earthmoving business has been impacted by the negative publicity of environmental groups. Investment by coal miners in particular has been down despite the fact that coal shipments through September were up about 5%. The EPA increased regulations on new coal-fired power plants that has had the impact of curtailing many smaller projects.

Metallic mining has been similarly impacted. A large number of mining projects have been put on hold or cancelled. These delays and cancellations are occurring despite the fact that mineral commodity prices have remained at about the same level for the past three years. In addition, shipments of minerals has remained relatively stable during the same period of time.

I believe the mineral commodity producers decided to take a pause in their expansion plans in order to repair their balance sheets. The very largest of these companies are publicly owned and management is beholden to public opinion about their plans. Joy Global, one of the largest equipment suppliers, has watched its backlog of incoming orders drop more than 70% in the past six months. It’s hard to operate a company profitably in an environment where there is such huge order volatility.

I’ve looked for other clues in the current market that will help predict the future. Interestingly, both Caterpillar and Komatsu are publishing statistics about their retail sales activities in North America. I had to make an adjustment to the Komatsu data to make it comparable with the Caterpillar data (Graph 5). It appears the market has recovered from the weakness reported earlier in 2013. This data is reported through August 2013. We won’t know what happens in the fourth quarter for several more months, but it appears there is a recovery underway.

Aside from the weakness of the mining sector, I believe the U.S. 2014 construction machinery market will see a good year. I’m estimating that most equipment market categories will be up and that in total the market will be up 7.4%. Graph 6 details my forecast by type of product.

The only problem at the moment is whether Congress will extend the so-called Section 179 of the U.S. Tax Code that allows contractors to accelerate depreciation for capital expenditures, such as for equipment. If Congress does not extend 179, then we may see business shifted into the fourth quarter of 2013 and less of a gain in 2014.

Frank Manfredi, president of Manfredi & Associates Inc., has been a consultant to the heavy equipment industry for more than 35 years. During most of that time he has published a monthly newsletter, Machinery Outlook, which is seen as a critical source of information about the construction, mining, agricultural and material-handling machinery markets.

The Rise of Rental