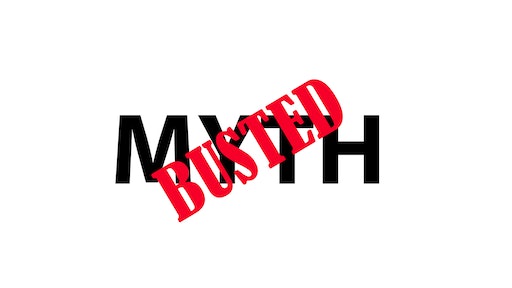 Misinformation and half-truths about lawsuits relating to construction accidents persist. Often, these myths and misunderstandings drive decisions that prevent workers from obtaining deserved benefits that would care for their recovery and retraining while also putting food on the table.

Here are four such myths that we hear all the time, and the reasons why they are wrong.

OSHA regulations are all that matter in court

The federal Occupational Safety and Health Administration creates and administers regulations for workplace safety, though 27 states have a federally approved plan that applies. Whether federal or state, those regulations carry tremendous weight when a construction accident case reaches litigation. If a contractor is shown to have violated any OSHA regulations relating to an construction site accident, the plaintiff’s case is significantly strengthened. But other factors may be considered.

If the mechanical failure of a product results in an injury — even if the product is being used correctly and with proper training — the manufacturer could be held liable.

Construction industry “standard practice” also may apply. Documentation of site work or communication with crews in a manner consistent with what is typically done in the industry are factors a judge or jury may consider when determining negligence. OSHA regulations matter greatly, but are not the sole consideration.

If I am partially to blame for a construction accident, I can’t bring a lawsuit

Construction sites are known for their legal complexity. Contractors, sub-contractors and sub-sub-contractors can all have roles in a single project, as can architects, designers, crew members and more. Multiple contracts might govern all these relationships. So when an accident occurs, numerous parties could be saddled with different levels of responsibility.

The ability to bring a lawsuit varies by state. The terms to know are comparative negligence and contributory negligence.

Consider a standard fall from a scaffolding on a job site. The worker might bear some responsibility if he or she wasn’t following standard safety practices. Yet if an investigation shows the scaffolding also wasn’t properly constructed, or safety warnings were not in place, other parties could be assigned a portion of blame. As long as the worker’s culpability does not exceed 50 percent — as determined by a judge or jury — he may seek damages.

When contributory negligence is in place, a plaintiff who is responsible for any portion of an incident can recover nothing.

If I collect workers compensation benefits, I can’t file a lawsuit

Workers compensation insurance helps provide medical, income and rehabilitation benefits following a workplace injury. These benefits are limited, especially when the injury is considered non-catastrophic. It’s important to note that these are benefits to cover costs, and not damages awarded due to negligence. While accepting workers compensation benefits typically prevents an injured worker from suing their employer, there may be other legal paths.

Suppose a crew member is injured because a tool he used on a job site proved to be defective. Workers compensation insurance can cover the medical bills and lost wages, but the employee might have grounds to sue the tool manufacturer for the defect that resulted in the injury.

Toxic injuries, resulting from exposure to substances such as asbestos and radium, also may allow a worker to sue the manufacturer of the substance and/or safety equipment.

Note that employers may be able to recover their workers compensation costs through that lawsuit via a subrogation lien, but that will not reduce the amount collected by the injured worker.

If you file a construction accident lawsuit, it may take ‘forever’ for the case to go through court

It is highly unlikely that the case will end up in court at all. Most estimates find that fewer than 5% of personal injury cases reach a trial. Settlements are far more common.

How long, then, will a settlement take? That depends on a few factors, one of which is the plaintiff’s willingness to accept less money in exchange for getting a check more quickly. Complexity of the case and clarity of the facts each play a role, as does the time to reach what is called “maximum medical improvement” —- the point at which injuries have healed fully, or as much as they can. This can be an important guardrail for the amount of damages sought, as well as time it takes to reach an agreement.

“Forever” is different for everyone, but if someone is prepared and patient, the best possible settlement may await. This is where an attorney experienced in construction law can really make a difference.

For almost 25 years, Mark Cobb, of Cobb Law Group, has been practicing construction law throughout the state of Georgia. He remains active in many professional organizations, and he speaks and lectures extensively on Georgia’s Mechanics and Materialmen’s Law, payment bonds and construction contracting. In addition, he publishes on similar topics regularly. In fact, Mark recently finished co-editing a 50-State Lien Law publication for the American Bar Association’s Forum on the Construction Industry.

Despite the near-term decline in sales due to the COVID-19 pandemic, demand is set to regain traction and expand over the next decade.
September 29, 2020

The J-CAP OSHA Approved Safety Cover protects against lacerations while taking away the risk of impalement from at grade level falls up to 10 ft. (3.04 m).
J-Cat Safety Products
September 29, 2020
Construction Safety

Disaster recovery jobs are not your typical projects, especially in the midst of a pandemic. It's more critical than ever to know exactly what you’re getting into before you bid.
Becky Schultz
September 28, 2020