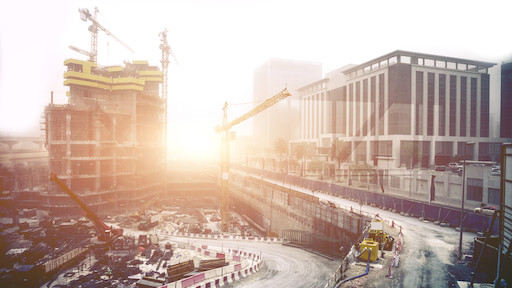 When examining key indicators, Washington tops the list as the best state for construction jobs.
GettyImages

As of late-summer 2018, most states were seeing an increase in year-over-year construction jobs. Jobseekers can scrutinize three key factors when deciding where to seek employment and begin building a great career.

For those looking to do so, an interesting question to ask is: In which state should I seek employment? Given today’s economic/employment climate, perhaps a better question to ask is: Where shouldn’t I? The bottom line is that nearly all construction companies in all states say they are in hiring mode.

According to analysis of August 2018 Labor Department data conducted by the Associated General Contractors of America (AGC), 45 states added jobs from August 2017 to August 2018. Two states were flat (Alaska and Pennsylvania) while three experienced declines (New Jersey, Kentucky and Missouri).

Industry growth and job creation are positive things. However, they can also create some enormous challenges if new positions cannot be filled.

According to a 2018 member survey conducted by the AGC, roughly 93% of construction firms plan to hire new hourly craft personnel. In three-quarters of those instances, a company is adding to head count. The challenge for the industry is that 80% of survey respondents said they’ve been having a hard time filling those hourly craft positions. In other words, nearly all construction companies are looking for employees, and nearly all are having a difficult time finding them.

And it’s not just hourly craft positions either. According to the AGC survey:

Here’s the kicker: Roughly 81% of construction companies don’t expect it to get easier to find craft personnel over the next year. Roughly 66% said the same thing about salaried and office personnel.

The labor drought is not isolated to certain regions of the country either. Roughly 81% of firms in the West and South are feeling it, 80% in the Midwest and 77% in the Northeast.

The construction industry’s problem is simultaneously a jobseeker’s opportunity. According to the AGC survey, construction companies are taking steps to help attract and retain quality employees:

People seeking employment in the construction industry are often curious where the best jobs are. Obvious data like wages, job openings and projected growth play into that analysis. Many other factors also play a role in attracting construction workers, including competition for job openings, cost of living and quality of life. What is one worker’s definition of a “great state to work in” may differ from another worker’s.

The bottom line is that, based on AGC’s survey data, virtually all construction companies in all states are in hiring mode — and an employee can begin building a career almost anywhere. That said, construction professionals who are contemplating where to establish roots can look to a few key indicators.

According to 2017 BLS data, the following states employ the most construction workers:

Construction professionals should also look at key drivers of sustained construction activity, advises Ken Simonson, chief economist for AGC. “Those drivers are population growth and economic growth,” he points out. “This is a lot different than, for example, a state that sees a lot of ‘temporary’ construction activity due to something like hurricane response.”

When looking solely at Real Construction GDP Growth from 2016-17, AGC’s data shows that the top 10 states are:

When looking solely at Real Population Growth from 2016-17, AGC’s data shows that the top 10 states are:

And the 10 best states for construction jobs are …

When examining the key indicators discussed above — identifying which states ranked most often and the highest — the following states are the 10 best for construction jobs as of late 2018:

Looking to start or upgrade your construction career? Check out this free eBook from CONEXPO-CON/AGG!

Plan for the future and mitigate additional coronavirus impacts to your business.
June 29, 2020
Follow Us