The most common thing that we see missing from almost every change order is time, and that can cost construction contractors big. 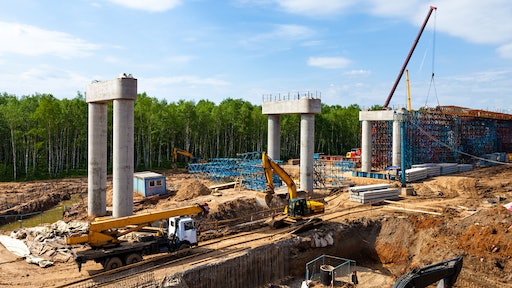 A change order is a change to a contract. It typically addresses one or all of the following three things: the scope of the work, contract price or time.

Many contracts state that only written signed change orders are valid. If that’s the case, be aware that if someone tells you to do something without a written change order, you may be hard-pressed to prove that it is a valid change order. It is better to have it in writing to avoid any confusion later about what the parties intended to be part of the change.

Most common mistake on change orders

What we typically see is people leaving the time section in the change order blank (which under the law generally means zero), or they specifically write zero, or they write N/A. In all three cases, it means no more time is added to the contract.

Why is it so critically important, and why should you make it a point to add time every time you submit a change order? I would argue that time is the most valuable resource on the project, even more valuable than the materials, labor and the dollars. The reason is that under no circumstance can you ever get it back. So, you need to make sure that you protect this resource.

When you sign a contract that requires you to do some things within a certain amount of time, you either have a specific amount of time or a specific end date to complete the task. Know that the date is not moving so you need to move it. You do that by adding time in your change order.

It is important to add time related to changes, even when it may not otherwise be needed. This is because it allows you to bank some time without the added pressure of the job already being late.

For example, let’s assume you’re on a project and it’s supposed to last 18 months and you start to obtain some change orders very early on in the course of the project. You can add some extra time now so that you can be assured you can have enough time on the project. You are going to get a lot less pushback when you do this at the beginning of the job when the job is still on schedule.

Sure, the contractor and the owner have to agree to the additional time, but if you do it early on in the course of the job, it is much more likely to be approved than if you wait until the end of the job when the project may be behind schedule. A few days here and there will add up in the course of the entire job.

Make sure you review and negotiate the change order language before you sign any contract. What is the process that this contract is going to require you follow in order to obtain changes? Your team in the field needs to understand what it takes to obtain a change order and be sure to follow the right procedure.

Most change order clauses in ‘owner to contractor’ and ‘contractor to subcontractor’ contracts are generally broken up into two sections. The first is the mutual agreement on the change order.

Read next: What is the Difference Between Change Order, Change Directive and Construction Change?

However, it hardly ever happens that way. More often than not, you would be informed of the change in the field or with an email, or with a set of clouded sections in a drawing. You would then be told to move forward with the job without any delay. Understand that if you had signed a contract that stated before you do any changed work, you must have a signed change order, the work will be considered done within your scope and at no additional cost.

You run the risk of not getting that change order approved and paid for if you deviate from what the contract says. Keep that in mind; the mutual agreement is typically the first section of a change order provision.

The second section of most change order provisions is what’s called a change directive. This means that the contractor or the subcontractor can direct you to carry out a change, and you agree that you’re going to keep segregated records on time, costs, material deliveries and invoices for this change to the work.

In this case, the cost of the change order is going to be your actual labor and materials plus some agreed percentage or some other method of calculating what you’re entitled to.

The distinction between the first section where we have mutual agreement and the second where you agree on a price later is the segregated records requirement.  Maybe you have five guys in the field doing the change order work with records separate from the other 20 people doing the base contract work. If you don’t segregate the time it took to do the change order work, you won’t be able to say at the end of the job how long this change order work actually took to perform.

That’s why you segregate the records. Otherwise, you’ll not be able to break down what tasks your crews were doing on each day, and you won’t be able to put the records together to support this change directive. Most change directive paragraphs will say that if you cannot provide the segregated and detailed records of the actual man hours, labor and material costs for this change, then it won’t constitute a change.

Typically, that is the way it works, and you need to have your team understand this so that you can follow the rules and get paid. Alternatively, if you have some other process that you want to employ when dealing with change orders, then you need to negotiate that into your contract.

Another thing you should consider doing is adding what I would call a stop-work provision in your contract. This is because most contracts say that under no circumstances can you stop work even if there is a dispute, or you haven’t been paid, or you don’t agree on the scope of the work and the changes.

“Subcontractor may slow or stop work without liability or penalty if it has not been paid its draw request within 30 days of submission to the contractor.”

Know that if an owner or general contractor hands you a contract, it is much more likely than not that you will not have the right to stop working. And know that if you signed it, you need to live by it.

It’s critical that you document everything that’s happening on the job. Are you making comments at the weekly meetings that are being notated in the meeting minutes? Are you sending emails highlighting any issues you are having on the job? Do your daily job, or do your daily reports show that these issues are impacting your work? Are you taking photos of the areas that are impacting your work?

If you’re not doing those things, you will have problems when disputes arise and you don’t have the backup to support your position of why you ended up where you are on the job.

These are best practices in dealing with change orders but do understand that the most critical issue in crafting change orders is time. Add it correctly and it will surely pay off.

Are You A WIMP?

Change Orders -- The Bane of All Construction Projects