A lien release is a document that releases certain rights, typically lien rights; but depending on the document itself, they could be more. 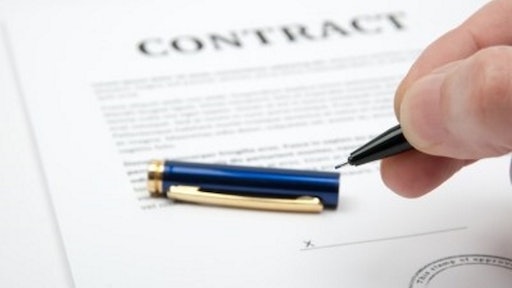 Many folks don’t understand how important it is and why legally it is essential that you read and understand what your lien release says. We’re going to discuss some very specific things you can do to increase your chances of protecting yourself when you exchange your release for payment.

The legal significance of a lien release

A lien release is a document that releases certain rights. Most of the time, these rights are lien rights, but depending on the document itself they could be more. When we deal with a construction case, one of the first things we do is to look at the releases. The reason is that when we can line up the releases, we can extinguish certain claims through the date of those releases.

So, it’s important that you understand what the release is doing when you’re exchanging it for payment. This will ensure you don’t give up more rights than the check that you’re receiving.

In construction, almost every release is called a lien release or a lien waiver. And depending on the language of the document, you may be releasing rights far in excess of just your lien rights. That means if you sign one of those releases characteristically known to have lots of fine print, you are probably releasing rights far in excess of your lien rights.

The document probably says that you are releasing any claims for change orders, delays, costs and many other things. This may not be a problem if you don’t actually have any of those claims, but if you have those claims and you wish to assert them later, when you sign a release with that language then you’re giving away those rights.

Read next: What Do You Need to Know About Construction Lien Waivers?

Here is a practical example. We had a client who was a contractor and was making partial payments to a subcontractor. The term of the release that the subcontractor was signing every month was a broad release (this releases more than just lien rights). While the document itself was titled lien release, it was effectively broad, and as a result, that subcontractor was releasing all of his rights every month.

When a dispute arose, the first thing we did is to show the subcontractor that he has been releasing all these claims that he thought he now had every month. He signed a release — a good thing for our client, the contractor.

Pitfall #1: not negotiating the form of release at the time of contract

Florida statutes have a basic form of release, and the law says that no one can make you sign a release form other than the form that’s in the statute. However, what is important to know is that if you sign a contract and that contract says that you will use the form of release prescribed by the owner or the contractor or that the sample form that you’re going to use is part of the contract, then you are bound to use that form.

Read next: Killer Clauses: 5 Subcontract Clauses That Can Make or Break a Construction Project

To avoid this problem, you need to negotiate the form of release you prefer to use at the time of contract. Whenever your contract is silent on the issue, but the contractor demands that you use his form, what do you do? This is called the Golden Rule which says he who has the gold makes the rules.

The best way to avoid this in the future is to have an understanding at the beginning of the contract on what the release forms are going to look like.

WAIVER AND RELEASE OF LIEN UPON PROGRESS PAYMENT

The undersigned lienor, in consideration of the sum of $ _________, hereby waives and releases its lien and right to claim a lien for labor, services, or materials furnished through (insert date) to (insert the name of your customer) on the job of (insert the name of the owner) to the following property:

This waiver and release does not cover any retention or labor, services, or materials furnished after the date specified

The text above is a sample of a basic release form. This form says that this release is effective for the materials furnished through a date certain. The effective date of this release is the date that’s inserted there. Make sure that the through date in the release matches the amount of money that you’re expecting.

This release also has a spot where you can put in the amount. If you’re expecting a check for $25,000, make sure that the date that you are putting as the through date in the release is the equivalent of the check that you’ll receive.

If there is no through date in the release, then the release legally speaking is effective as of the date that you signed it. That means that if you are expecting a check for the work through the end of April and you sign the release in June, but it has no through date, the legal impact of that document is that it’s a release as of June.

Something we hear a lot is that “but I kept the original release, isn’t that enough?” The short answer is no. The fact that you have an original and someone else has a copy (that is, in fact, a true copy and not a forgery) doesn’t give you any leverage. Sometimes people want the originals, but legally speaking a copy is as good as the original.

Pitfall #4: not creating exceptions to the release

The two most common exceptions that we see are claims for delay or claims for unexcused or not fully approved change orders.

If you don’t preserve your claim, you will lose it by signing those types of releases. So, the question is how do you protect yourself. Here’s a sentence you can use. You can add to the documents, and you can handwrite it or make a stamp that says “Notwithstanding the foregoing this waiver and release specifically excludes _______. (This is where you’re going to insert what you don’t want to release)

The next thing to remember is that you have to do it month after month. If you do it in the first month but forget to do it in the second month and you sign a release that releases everything from that date back. You’ve lost those rights.

So, you need to make sure that if you have exceptions to the release that you carry them forward month after month.

3 Dangers of Lien Waivers for Subcontractors

There are many ways to create Jobsite Safety Analysis (JSA) lists but an effective approach is to create a living document based on feedback from employees.
Sunbelt Rentals
September 14, 2020
Follow Us