How to Plan for an Emergency on the Jobsite 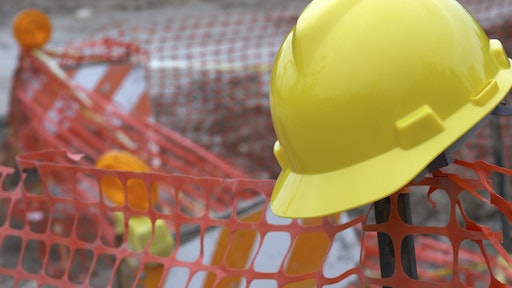 You need to be prepared for emergencies that truly can be a threat to you and your workers. This is one of the most often overlooked policy efforts by many contractors. Take the initiative and create your emergency response plan now .

Not long ago I was working with a contractor, on a major university campus that was told that they had 15 minutes to get all of their workers off the jobsite and away from a three-block area. Thinking that this must have been an emergency such as a broken gas line or worse — some crazy guy held up in some campus building holding hostages — the contractor soon learned about the emergency.

Our own President of the United States had suddenly decided to “drop in” and get some photo-ops. Before the contractor could send his workers back to their jobsite, more than 450 man-hours had been lost. The contractor most affected estimated that the direct cost of lost productivity was almost $19,000. He had no idea what other costs were, including other contractors and related equipment shut down, delays or “push backs” on other trades that needed on the site, etc.

While not every obstacle or surprise is politically related, we must be prepared for those “presidential-like” interruptions that can impact us on a jobsite. We can’t plan for everything, but there are a few emergency measures we might try to incorporate into our construction process.

1. Have pre-planned emergency plans by type

There are a couple types of emergencies that might be worth having some pre-planning completed and in your company’s playbook. Consider just a few of the “types” that you might prepare for as presented below:

While the list can certainly be endless it does pay to put in the effort to develop and document an Emergency Crisis Plan for your workers to embrace. Just having such plans available, and copies in each of the company trucks, can prevent suddenly excitable leaders from directing the wrong things, adding to the stress felt by all involved.

The very first priority in any emergency is certainly to seek the most safe handling and leading of the people involved. Protecting your workers is critical, working to ensure that they are first safe and heading to a safer environment.

3. Identify root cause of emergency

While our people’s safety is paramount to us, we must also be concerned with the root cause of the emergency. In some situations the root cause is clear and present. If the cause is unknown you might be engaged in determining where the cause originated. Obviously if the problem were a utility cause, you should immediately contact the local authorities from the utility companies rather than try to fix the power lines that just went down.

This effort is to provide some additional precautions to prevent any further negative activity. For example, let’s replay the broken gas line. After evacuating workers from the immediate area and contacting the appropriate gas contacts, it might be wise to mark off a wide perimeter with orange tape to prevent others from innocently walking into same dangerous area.

Unfortunately, the size of some construction projects makes it difficult to just yell at one area and capture the attention and ensure the safe steps of everyone involved. This effort requires you to know who is working on your site and to take a quick inventory of those who have received the emergency alert and are acting appropriately. Workers who are not accounted for must be located. Certainly our smart phones can be put to good use here.

6. Store emergency numbers and alerts on every smart phone

Speaking of smart phones, for every smart phone used by your workers be sure to provide a list of names and organizations that need to be contacted whenever an emergency erupts. This is a very doable effort on your part and can save time and lives in explosive situations.

Because emergencies are not common (hopefully they’re not common) reaction to them will need to be rehearsed from time to time. Doing this can actually add some confidence and know-how to your workers so that they are better prepared when an emergency does occur…and it’s just a matter of time before that emergency will happen.

If you have a crew working when an emergency happens, be sure that all crew members know just what to do and who will perform what tasks. While a job foreman will inherit a lot of responsibilities, every crew member needs to understand his or her role as well. It’s always a great idea to have a backup for every role, including for the foreman as he might be off the jobsite when such an emergency takes place.

This almost sounds like an admission here but it is wise to consider just where the jobs are located that your crews will be working. Depending on the geography, there might be some worksite areas that present more or less threatening situations. Your crews might be working near chemical plants, high-density retail areas and lower-income areas with a “tough reputation.” No matter where your workers will be, you can reassure your workers’ confidence by being honest and assertive in addressing their work environment.

This might sound like overkill for the smaller contractor, but the truth is that whenever an emergency happens, it’s amazing how many different viewpoints exist. You need to have a narrow vein of who communicates the “what, when and to whom” associated with a situation.

Should your emergency be on a very visible location, perhaps in view of a lot of traffic, you can almost be sure that local reporters will be swooping down on the area in search of the scoop. You’ll be glad if you don’t allow your entire crew to be interviewed. Take this option away by clearly assigning only a few people to report what happened or at least what your company knows.

Hopefully you will never be interrupted by a presidential “photo-op” emergency, but you still need to be prepared for emergencies that truly can be a threat to you and your workers. This is one of the most often overlooked policy efforts by many contractors. Take the initiative and create your emergency response plan now and sleep easier!