Transition to Integrated Project Delivery with a Hybrid Contract Model 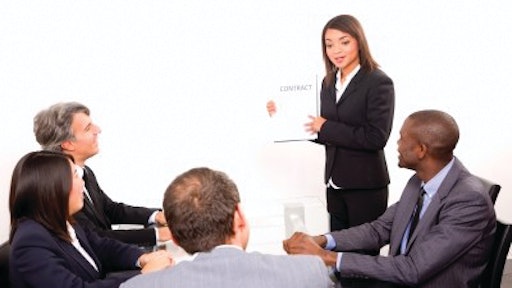 Integrated Project Delivery is a project delivery method that is founded on principles of collaboration and shared risks and rewards between the primary project team members.

Integrated Project Delivery (IPD) is a project delivery method that is founded on principles of collaboration and shared risks and rewards between the primary project team members - the owner, designer and general contractor. IPD is not a new concept to the construction industry. However, it was only recently that standard contract forms emerged (such as AIA and ConsensusDocs) which formalized the legal and commercial terms of IPD delivery and substantially shifted the paradigm of traditional contracts between the owner and its designer and contractor.

In its purest form, the new IPD model is a collaborative approach to a project involving all of the key members of the project team, who form a "management committee" to work together and make joint decisions throughout the design and construction phases of the project. Consequently, the normal risks associated with design and construction are then shared by the parties making up the management committee rather than each party bearing the risks of its own actions or inactions.

The AIA and ConsensusDocs form contracts for the IPD delivery method have seen little use to date because they represent a radical departure from traditional contract and risk models. The AIA C195 family of contracts establishes a single-purpose entity; usually an LLC, comprised of the owner, designer, and contractor, and uses an elaborate risk matrix that allocates risk among the LLC members. The AIA 195 family of contracts most resembles traditional delivery models with separate contracts between the owner and its designer and contractor but makes risk allocation murky.

ConsensusDocs 300 uses a tri-party agreement between the owner, designer and contractor but has two risk allocation approaches.

Owners have been reluctant to use the new IPD form contracts because they are new and untested by the courts and because under the new model, the owner accepts risks that have historically been passed on to the designer and the contractor. It can be hard to convince an owner that the benefits of IPD - true collaboration and innovative, early problem solving through a team approach - are really only achievable if the risk is more mutually shared.

Instead, most owners are "dipping their feet" in the IPD pool by adopting some of the collaboration principles of IPD into more traditional contract and risk models to develop a hybrid type of contract model that can be thought of as "IPD Lite." In this model, traditional design and construction contracts are used but heavily modified to incorporate terms that will foster collaboration, early contractor involvement and effective use of Building Information Modeling (BIM) as well as provide for some form of limited risk and reward sharing among the key project team members.

So, while there is not a complete sharing of risks and rewards by the project parties, there is some attempt to incentivize collaboration by including some (but usually not full) limitations on claims between the parties. Additionally, these contracts typically contain creative bonus structures or shared savings as ways to motivate the parties to work efficiently and reduce costs and delays.

Under the IPD Lite model, the construction manager’s pre-construction services are significantly expanded and typically begin very early in the design process, such as at conceptual design. Construction managers actively participate in the early design by providing input as to constructability, alternative systems, means and methods, and to evaluate impacts to project costs and schedule. The construction manager and key subcontractors review the plans and drawings as they progress to ensure that they are sufficiently complete and coordinated for construction and thereby reduce the risk of disruption, delay, change orders and potential claims. These reviews also seek out alternative construction materials, sequences, details and systems that may result in a cost or time savings to the owner, or increased quality.

In addition to the increased pre-construction role for contractors, some IPD Lite contracts also feature open-book pricing for the construction manager and key subcontractors. Because these contractors are involved so early in the process, they are better able to budget costs and ensure hidden "contingencies" do not drive up subcontract prices. Instead, key subcontractors often have contracts with "Guaranteed Maximum Pricing" structures (GMP), like those used with Construction Manager-At Risk contracts, so that there is transparency as to the subcontractor's cost, overhead and profit.

IPD is beneficial to contractors on several levels. When early collaboration is used, contractors earn increased fees from the expanded pre-construction services. IPD can also result in increased fees to contractors through shared savings that are generated from the reduced construction costs or through other bonuses for completing early or beating the budget. Contractors also have the opportunity to have more input into the design and schedule, which allows greater control over the risks that they do retain.

Contractors can promote the IPD Lite delivery method to owners as a less risky alternative to the IPD form contract models. Contractors should highlight not only the substantial benefits of collaboration throughout the project but also explain the inherent incentives that are created by some limited form of sharing of risks and rewards. For example, there may be a portion of the designer or contractor's fee that is at-risk if the project is not completed on time or within budget. On the other hand, there are often monetary incentives for goals such as early completion of milestones, meeting quality and safety objectives, or coming in under budget.

It's hard to let go of old habits. While collaboration and IPD makes sense logically, it is difficult to see it being used in a pure form until owners start to see and realize the benefits of true collaboration. Owners are likely to continue to incorporate some IPD principles into contracts but will probably not be ready to embrace the true IPD model until it has a more proven track record. For now, IPD Lite contracts are helping the transition to a new way of doing business.

Gina Vitiello was one of the first attorneys in the state of Georgia to obtain LEED Accreditation from the U.S. Green Building Council. Vitiello, a partner in the Construction and Commercial Litigation practice with national law firm Chamberlain Hrdlicka in Atlanta, represents clients in contract negotiation matters, dispute avoidance/resolution and litigation. To learn more about green building law, visit Gina’s blog at: www.constructionandgreenbuildinglawblawg.wordpress.com.