How Construction Contractors Can Best Coordinate with Other Contractors

Nine rules of coordination that can assist your effort to be well prepared, well organized and prepare your crews to be efficient and profitable 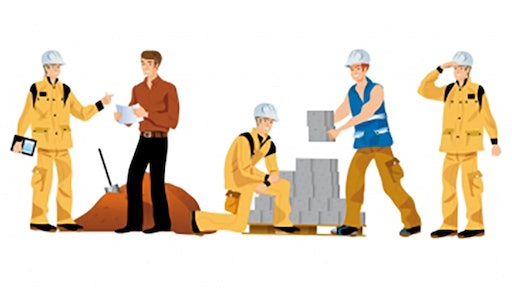 As a professional contractor take the initiative to reach out and coordinate with other contractors…even if they do not. You will not always “win,” but you will find greater long-term success as you, too, become more experienced in asking, persuading, coaxing and negotiating important changes in work efforts.

Joe’s concrete crew only needed three more days to be able to complete their efforts, remove the forms and pull off the job. The landscaping contractor, however, soon informed him that he needed to get the sprinkler lines in and plant shrubs and flowers in the next few days so he could beat an “early summer” and get paid for the work.

Normally, this wouldn’t have been a big deal for Joe, but what made this situation different was that the landscaper clearly mentioned that he was good friends with the owner and that if Joe didn’t withhold his crew from their concrete effort, allowing the sprinkler lines, shrubs and flowers to be installed, that he would go to his “friend” and let the owner make the decision. The tone of voice used confirmed that this was a mild but clear threat.

Not wanting to put this decision in the hands of the owner, Joe needed to take the appropriate action or risk upsetting the owner, a first-time customer to Joe’s company. (Not to mention that he didn’t like being “bullied” into a decision!) More importantly, Joe needed to get his guys off this job in order to start a new job or risk upsetting the next client. What to do?

We’ll get back to Joe and see what action he took in trying to resolve this scheduling conflict that has just been elevated to a more emotional challenge. However, most contractors have experienced the issue of coordinating with other contractors or customers. When coordination fails to happen a few of the following situations are sure to take place:

How many contractors struggle with other contractors when it comes to coordination? Whether it’s the striper needing to coordinate with the sealcoat contractor, the concrete contractor with the plumber, the electrician with the “rock guy,” or even just coordination with a customer about making sure that all employee’s cars are off the parking lot, coordination efforts are more needed than ever.

Well, let’s briefly look at a few simple rules of coordination that can assist your effort to be well prepared, well organized and prepare your crews to be efficient and profitable.

As a professional contractor take the initiative to reach out and coordinate with other contractors…even if they do not. You will not always “win,” but you will find greater long-term success as you, too, become more experienced in asking, persuading, coaxing and negotiating important changes in work efforts.

Joe did suggest to the landscape contractor that it might be more impressive to the owner if the two contractors could coordinate a “win-win” resolution. Joe offered to begin his final pour some three to four hours earlier and to work overtime over the next two days to get out a bit earlier. He also threw a “bone” to the landscaper that if he would pick up a few hours of labor, Joe would lend three of his crewmembers to the landscaper to help dig, plant and mulch. Surprisingly, the landscaper offered to trade out a few laborers by providing Joe with a few of his own workers to help shovel, pick up and pull off some of the forms. It wasn’t the greatest coordination effort ever developed, but it did allow Joe to finish his efforts and get to that next job which was very important to Joe’s company success.

Coordinating work schedules, jobsite areas and even use of equipment are a normal everyday need for many contractors. Becoming more skilled as an effective coordinator primarily requires you to know what you want and need, seek what other contractors (or owners) may need, and learn what the big picture appears to require.

Remember to stay calm, have a documented work plan available and stress working on “interests” as you move to find positive coordinating results.

6 Steps to 'Pre-Con' Your Way to Greater Profits