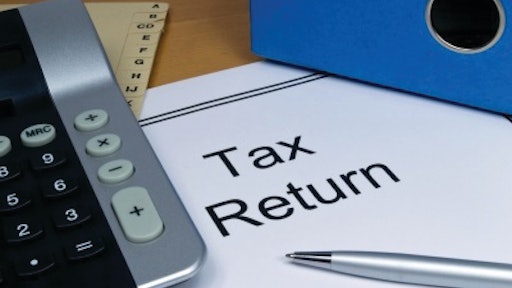 For the construction industry, improvements to the Section 179 depreciation rules may be the most relevant and potentially valuable change to come out of the fiscal cliff deal.

The American Taxpayer Relief Act of 2012 that became law in January famously rescued the nation – at least temporarily – from the dreaded fiscal cliff. Although a potential economic nightmare may have been averted for a while, the new law also brought a new look to the 2013 tax policy landscape.

Many of the changes impacting all of us as individual taxpayers have been written about extensively in the press. But others directly linked to business activities have received less attention. I will address one of the most potent of these – the Section 179 deduction – from a construction-industry perspective so that perhaps you’ll be able to use it to your advantage.

Many tax breaks made permanent – for now

As it stands now, U.S. tax policy will continue to help those near the bottom of the taxable income ladder most by partially subsidizing certain family costs such as mortgage interest, daycare, tuition, student loan interest deductions and so forth.

As household income climbs, some of these tax breaks get phased-out. Note: a potential phase-out of the mortgage interest deduction for upper income households has been floated recently by lawmakers in Washington – a move that would wreak havoc with real estate values and the pace of new residential construction. But this is a topic for another day.

Planning becomes even more difficult if you can’t quite decipher what the rules are. Well, you are not alone on this score. According to a new survey by the National Federation of Independent Businesses, 85 percent of business owners say that the U.S. Tax Code is too complex and should be overhauled. Over 90 percent say they have given up trying to comply with its provisions and instead pay outside professionals to prepare their filings.

As of this writing, talks are underway in Congress to simplify tax rules for small businesses as part of comprehensive tax reform. But while Congress dithers, business owners still need to make decisions every day based on the tools and information they have at their disposal.

For the construction industry, improvements to the Section 179 depreciation rules may be the most relevant and potentially valuable change to come out of the fiscal cliff deal. Limits on qualifying assets and write-offs that were set to drop dramatically in 2012 were restored by the new law to the more favorable limits available in 2011.

This gives you even more incentive this year to plan the timing of equipment and machinery purchases as well as the scheduling of depreciation to attain maximum tax benefits. The key will be your ability to reasonably estimate what your taxable income will look like over the next few years.

To illustrate, let’s assume you and your spouse will have steady annual household income of $300,000 for the next few years. But let’s say you are worried that future federal tax changes might increase your tax rate by, say, seven points, from a marginal rate of 35 to 42 percent. That would represent a tax increase of 20 percent (7 percent divided by 35 percent).

History suggests that rates would not take that dramatic a jump, as you would likely retain much of the break in rates on your first, say, $150,000 of income to temper such an increase. But marginal rates for incomes above that would likely bear more of the burden.

Under these assumptions, you would not want to take the Section 179 deduction immediately, because although you might save $50,000 in taxes in 2013, you might instead save a total of $100,000 if spread out over the next few years.

As always, timing is everything

To understand how the timing can create a two-for-one disparity in actual tax, you need to have a feel for how marginal rates work. Most taxpayers are aware of the numerous incentives and their phase-outs. In a year where you take a $300,000 tax deduction, these incentives would all be available and your average tax rate would be far below the 35 percent marginal rate.

Much of it comes down to tax bracket management, a long-popular tool in the tax planning toolbox. When the economy is strong and the return on investment is high, most opt for the short-term savings, assuming they will earn more with the extra $50,000 in cash after the first year to more than make up for the extra $50,000 in taxes it cost them for that short-term benefit.

But if you are expecting your taxable income to vary over the next few years, the timing of deductions like Section 179 can have a real impact on your wallet. Since all taxpayers are entitled to plan how to minimize their tax bills, we expect that more people will be consulting with their advisors in 2013, rather than allowing the chips to fall where they may.

The most important thing to note when it comes to tax planning of any sort is to avoid letting the tax “tail wag the dog” (your business). In a still uneasy economic environment, it behooves you to work with an advisor who not only understands the ins and outs of the changing federal tax landscape but who also truly understands your business.

Sal Falzone is a partner in the Boston area accounting and business advisory firm Rucci Bardaro & Falzone, PC. Through the firm’s Construction Business Services Group, he offers business, financial and strategic planning advice to companies in transition. For specific questions about your tax situation, contact Mr. Falzone at (781) 321-6065 or salf@rbfpc.com.

Six Business Tax Breaks Worth Considering - If Congress Lets You

Equipment Leasing and Taxes: What You Need to Know