Six Business Tax Breaks Worth Considering - If Congress Lets You 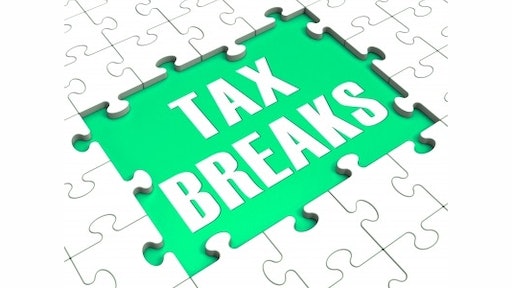 Ever since the expiration of more than 50 temporary tax breaks at the end of 2013 – some aimed at boosting business activity during the last economic downturn - Congress has been working off and on to reinstate dozens of them, making them not only permanent but retroactive to January 1, 2014.

It’s probably no surprise, though, that most of these legislative efforts have fallen victim to political infighting over procedural details, amendment disputes, tax reform discussions and objections over the impact on future federal budget deficits.

Now that lawmakers have reconvened for the fall session, there are a number of tax breaks that construction company owners should keep their eye on for possible revival. The action in Washington will especially pick up after the Congressional mid-term elections in November.

In June, the House voted to restore and make permanent the $500,000 limit (up from the $25,000 limit that it reverted to on January 1st) on the amount of qualifying expenses that businesses can write off immediately rather than having to depreciate them over a number of years as specified by Section 179 of the Tax Code. The bill included an adjustment for inflation on the new, higher limit, and would make it retroactive to the beginning of 2014. The bill awaits passage in the Senate.

In July, the House voted to revive the original 50 percent provision and to remove the expiration date. However, balanced-budget supporters claim that the policy would cost $287 billion in tax revenues over the next 10 years.

The American Taxpayer Relief Act of 2012 (ATRA) extended through the end of 2013 the Work Opportunity Tax Credit (WOTC). The credit was designed to encourage companies to hire workers from certain targeted groups such as veterans. The credit had an upper limit of $9,600 per qualified veteran for taxable employers and a limit of $6,240 for tax-exempt organizations.

The result can be a significant tax savings for employers – and a steady source of income for a deserving employee – if Congress decides to restore it. The recent turmoil surrounding the mistreatment of veterans’ healthcare requests by the Veterans Administration could provide extra incentive for Congress to reinstate this tax break in 2014.

(Keep in mind that a tax credit is generally more valuable than a tax deduction. A tax deduction reduces the taxable income upon which a company’s final tax bill is calculated. A tax credit reduces tax liability dollar-for-dollar.)

The benefits of this tax break were fully phased in beginning in 2010, and with no expiration date, its provisions aren’t technically subject to congressional action any time soon. But its relevance to construction businesses makes it worth including here anyway.

In 2006 Congress passed a bill that allows companies to receive a fuel tax credit based on the amount of propane they use as fuel in a motor vehicle. A “motor vehicle” includes forklift trucks used at construction sites, industrial plants and warehouses. Originally set to expire in 2009, and again in 2011, the credit was retroactively extended twice, and then expired again on December 31, 2013. The credit amounts to cents per gallon, and is claimed on Form 4136.

Introduced into law in 2003, this tax incentive was recently slated to be extended two more years as part of The EXPIRE Act, which the Senate Finance Committee approved in April. The program is designed to help fund community development projects in economically challenged areas, and has proven to stimulate construction development in surrounding blocks and neighborhoods as well. Between 2003 and 2010, the NMTC doled out $5.4 billion in funds, which generated $45 billion in investment — an approximately 8-to-1 leverage.

Of course, given the current mood in Congress and its penchant for political brinksmanship, the final fate of all these business-friendly tax breaks is anyone’s guess. And the White House has expressed its opposition to making many of these tax breaks permanent because they benefit businesses but not individual taxpayers.

Once again, it comes down to a matter of wait-and-see for companies that would rather operate in a more stable and certain tax environment.

Leonard Smith, CPA is a Senior Tax Manager at accounting and business advisory firm Rucci, Bardaro & Falzone in Malden, MA. He can be reached at (781) 321-6065, extension 136 and at lennys@rbfpc.com.

What to Tell Your Congressman to Save Important Tax Benefits