How to Set the Perfect Pre-Construction Meeting Agenda 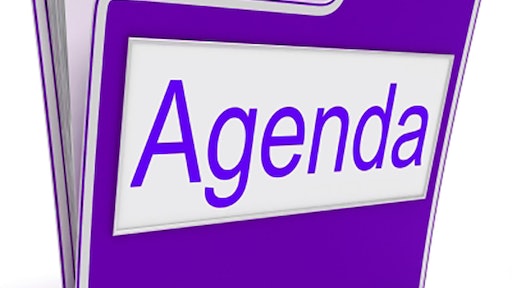 There needs to be a consistency of communication among the players involved with the execution of the project. Feedback on what was planned and expected should be confirmed so estimators can make sure that their efforts were accurate.

If you are finding that your crews and estimators are not always on the same page — in fact, sometimes they are miles apart — and that jobs are coming in with even less profit than you had planned then perhaps you need to implement a more aggressive and thorough pre-work discussion. This is most often addressed through a pre-construction meeting.

This article outlines the perfect agenda that can make every Pre-Con meeting a success.

Present a general scope of work

Whoever sold the project needs to clearly communicate what the “big picture” looks like before getting into the weeds of the project. Often pictures are worth a thousand words, but pictures taken with our smart phones don’t always display the needed information. It’s always important to take pictures of the more complicated areas — don’t leave it to our crews to figure things out when they get to the site.

This first step is key because it should really focus on what was in the individual’s head (who had the most early interaction with the project) when he or she was lining it out to win. So whoever it was — the contractor, an estimator, a business development individual, etc. — should be fully engaged to share “what he or she was thinking.”

Discuss client profile, “out of the ordinary” issues and expectations

While your crews may perform similar work from job to job, the one distinguishing difference will be the customer. Again, whoever has had the relationship with the customer needs to debrief the crew leaders on what sort of customer they will be working with — are they high maintenance, nit-picky, laid-back, etc.

This part of the agenda should also invite discussion of any unusual or more difficult items. It’s the “out of the ordinary” issues that most often get discussed — but that doesn’t mean you can forget the more mundane efforts needed. Finally, whatever expectations the customer has or you as an owner have for the project need to be shared and clearly understood.

What does your company require your crews to comply with and what documents are needed? What does your local city, county or state require in the form of documentation? Finally, what federal laws are you required to secure and maintain with the appropriate documentation? Sorry for the great reminder, but as contractors we cannot allow any one in our company to jeopardize the legitimacy of our business because we were not on the ball and in full compliance with any formal process or law.

Now we’re at the portion of the meeting that too often gets discussed either while the crews are on their way to the site or have just arrived to the site. It’s critical that whoever sold the job communicate how they initially processed the job in their head and transferred it to their estimate. Then, with the crew leaders engaged, the constructability of the job can be openly discussed, with changes made if needed.

If you are a contractor who might complete more than one project a week, then you may wish to move through several projects during this pre-planning effort. No matter your project size, it is critical that the folks who sold the job, estimated the job and who will execute the job meet to discuss the actual construction process best suited for the project under review.

Many contractors use the "next week look ahead" in some form or fashion today. All of the critical discussions addressed in the first four agenda steps should culminate in the best schedule possible that captures what the “brains of the organization” believe to be the best schedule. This schedule needs to capture order, priority and notation about needed equipment, material deliveries and communication with inspectors, client contacts, etc.

Final Q&A and one more run through

Certainly different team members will ask questions throughout this preconstruction meeting. However, just before the team “breaks the huddle” it is important that a formal STOP and a special allowance for questions be provided. This one more time for a brief Q&A provides those who have been quiet up to now a final chance to speak.

Once the last question is addressed it’s a good idea to briefly run back through what we believe to be the right way to complete our scheduled production. Using the "next week look ahead" is easily the best tool to complete this final agenda step.

There needs to be a consistency of communication among the players involved with the execution of the project. Feedback on what was planned and expected should be confirmed so estimators can make sure that their efforts were accurate. Likewise, when the realities of the project differ from what was expected or bid, the message needs to be sent back to those who estimated the project so they can review their efforts, considering whether or not to sharpen their pencils.

This “Post Pre-Con” effort is not the same as a “final project review” or “post mortem” that is to be conducted at the conclusion of a project. The Post Pre-Con follow-up is designed to maintain the initial presentation on the project and to make sure that all parties involved are staying the course and keeping their eyes focused on what was planned.

Remember the old saying… “If you fail to plan…you plan to fail!”

6 Steps to 'Pre-Con' Your Way to Greater Profits