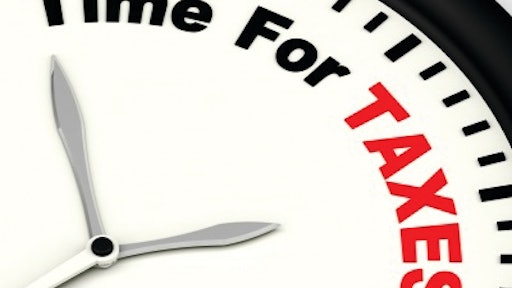 Contractor should follow these tips on how to drive down net investment income and modified adjusted gross income in the coming year.

High income earners – and that includes a growing number of you in the construction industry – will be licking their wounds this spring as their 2013 federal taxes come due.

That’s because the tax provisions of the American Taxpayer Relief Act of 2012 (ATRA) that took effect at the beginning of 2013 represented the largest year-to year tax increase in the past two decades. The highest ordinary rate on earnings was raised from 35 percent to 39.6 percent, while the highest capital gains rate jumped from 15 percent to 20 percent.

During the same period, the Patient Protection and Affordable Care Act of 2010 (ACA) kicked in with a .9 percent surtax on earned income above $200K for singles ($250K for married couples) and a 3.8 percent surtax on net investment income above these same threshold amounts. To add to the pain for filers with substantial incomes, personal exemptions were phased out and as much as 80 percent of itemized deductions were eliminated.

These are the carry-over realities from 2013 that, depending on your income from wages and investments, will increase your tax burden again in 2014.  But as taxes go up, so does the value of allowed deductions, deferred income and other tax mitigating strategies. So let’s examine some of the techniques and considerations that will lead to smarter tax planning in the year ahead.

Dealing with the ACA surtaxes

Because it is the larger of the two taxes created by the ACA, the 3.8 percent surtax on net investment income (NII) represents the quickest way to see your 2014 tax obligations mount.  It only makes sense then to pursue strategies for reducing your net investment income as much as possible.

What sort of income is considered net investment income? Sources include interest, dividends, annuity distributions, rents, passive royalties, income from passive activities and capital gains from the disposition of property.

What is NOT considered NII, and thus not subject to the 3.8 percent surtax, are salaries/wages or bonuses, self-employment income, distributions from IRAs or qualified retirement plans, pension income, royalties, interest on tax-exempt bonds, excluded capital gains on the sale of a principal residence, veteran’s benefits and social security income.

For individuals, the 3.8 percent surtax is applied to the lesser of one’s NII or the excess of one’s modified adjusted gross income (MAGI) above the thresholds. These three drivers – NII, MAGI and the threshold amounts –determine what, if any, additional taxes you owe under the ACA.  So the obvious objective is to drive down your NII & MAGI during the coming year.

Strategies for reducing NII and MAGI

Several methods for reducing net investment income are well known to most high income taxpayers and have been deployed in previous years. These include:

Methods for reducing MAGI (essentially the amount you report as adjusted gross income on line 37 of form 1040) are also familiar to most high income taxpayers. These include:

None of the above methods are new. All have been used by taxpayers in previous years to drive down both regular and investment income. But they are all now more “valuable” because they can help shield the taxpayer from the ACA’s surtaxes.

Because income from a passive activity is considered NII, it is subject to the ACA’s 3.8 percent tax.  According to the IRS, passive activity is any activity of a trade or business in which the taxpayer does not “materially participate.” IRS Code 469 contains seven discrete tests for determining whether a taxpayer is participating on a “regular, continuous and substantial basis.”

Several of my construction company clients are invested in multiple businesses; it’s difficult for them to be actively involved in all of them. So the income they derive from those businesses is, by definition, passive income and therefore subject to the 3.8 percent surtax.

But does it now make sense to make the case that they are actively involved in a trade or business in order to turn that passive income into active income? The tax motive for doing so has certainly become stronger.

Up until this point, many taxpayers have welcomed passive income as a way to offset passive activity losses being generated by other investments. For some of them, this strategy may still be the way to go.

But with the new ATRA tax rates and ACA provisions, the tax landscape has shifted. It’s well worth having a conversation with your tax advisor – and soon – to determine the approach that is right for your particular situation.

Bill Rucci is a partner in the Boston area accounting and business advisory firm Rucci, Bardaro & Falzone PC, where he heads the firm’s Construction Business Services Group. He can be reached at (781) 321-6065 or billr@rbfpc.com.