How to Deal with the Angry Ex-Employee 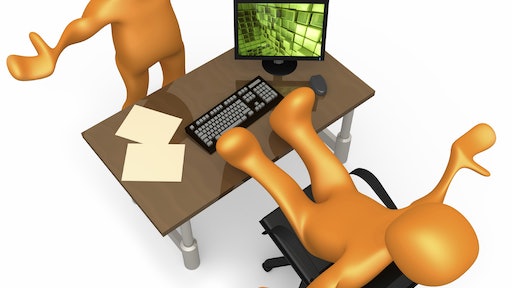 Sam was “separated” from the construction company where he had worked for 19 years. His attitude had become very difficult to work with, and the company had lost a few workers who said part of why they were leaving the company was in due to the company’s apparent inability to address Sam and his “spirit of meanness.”

The contractor had tolerated Sam for many years, admitting that he knew that Sam was difficult for most employees to work with but that he was one of the best at his job. After the contractor’s HR director warned him as to the seriousness of the situation, Sam finally was put into a discipline process and was separated from the company two weeks later. All the documentation was appropriately completed.

Sam caught on with another contractor within two weeks, a competitor to his previous employer. Within the span of about 30 days Sam had essentially spread his anger at his termination to anyone who would listen. The worst part was that he went out of his way to call up a customer of his previous employer and spread his angry thoughts and comments to the owner. Sadly, this same customer was influenced enough in what Sam had shared that he informed Sam’s former company that it would not be considered for the next job or any other job coming up.

It’s easy to read this situation and wonder what took the contractor so long to finally deal with “Sam.” And true enough, when I was asked by the contractor to assist with the “recovery” strategy, Sam should have been terminated five to six years earlier. His negative and very demeaning behavior had thrived for that long. Sadly, the contractor had lost several good workers due to Sam’s influence and almost bullying tactics.

But how could any contractor find itself in this situation? Actually, it’s easier than you might think. Consider that:

It is these considerations that often lead to situations like the Sam example above. But what do you do when you have terminated a worker who then speaks very negatively about you, your leadership and your company? This is a real tough issue to address, but let’s consider a few strategies that might be helpful to mitigate the negative impact being experienced.

1. Inform others of key personnel separations

You need to be careful and discrete with this first suggestion, but it might be wise to contact key customers, suppliers or other contractors of a separation. You should not share the reason for the separation but you can inform the others that you hope to maintain a good, positive relationship and that you wish the best for the departed worker. You might even go just far enough to share that the goals and expectations for both parties was just not being accomplished and it was thought that the worker would be better in a different environment. Again, be careful but this could head off some negative and inaccurate comments from the angry worker.

This suggestion also can be difficult to execute but it might be worth a try. Do not broadcast this to everyone but quietly and firmly the contractor receiving the negative feedback should call the new employer of the “ex-employee” and politely ask him to ask the worker to cease making negative comments. Owner-to-owner conversations can sometimes cut to the chase, allowing the new employer to see what this employee is capable of doing…perhaps even to his or her company. The new employer cannot force “Sam” to cease, but he can suggest it — emphasizing that “Sam” is not making himself look any better by complaining.

This might be the hardest thing to do for a contractor who had to terminate an employee. However, any contractor or senior leader cannot be “suckered” into sharing what really happened that led to the termination. Just when the contractor feels he is speaking in a confidential manner, there is a leak and new fuel reignites the anger in the ex-employee.

4. Prove the ex-employee wrong by improving and correcting

Often the angry ex-employee might pick out something that the company did not do well and then just hammer on it in negative tones and words. Well, a smart strategy might be to examine what the ex-employee is sounding the alarm about to see if there is anything that can be improved or corrected. Unfortunately, even contractors might not always seek improvement or correction until there has been a serious mistake made. It’s sort of like the railroad crossing sign that doesn’t get put up until another driver is hit trying to beat a train across the track.

5. Ask a close friend or relative of the ex-employee to ask him to cease his rhetoric

There might be an individual still working for your organization that has a good relationship with “Sam.” While this employee is not required to do this favor for you, I’ve seen a few situations where a close friend of a terminated worker who, after being asked by the employer, was successful gently asking “Sam” to cease spreading his anger to others.

This isn’t any easier than any of the other suggestions, but sometimes asking the ex-employee directly to stop sharing the negative comments that have been reported might be the best approach. A contractor or senior leader must be careful here as it is very easy to fall into a disagreement, perhaps leading to a shouting match. This is not what is intended for sure, but it can easily slip into this if the contractor is not extremely calm and prepared.

7. Engage a legal source (depending on the seriousness of the impact)

Oh boy, if you go this direction then there must be more than just a few negative comments about the “cruddy equipment” or the “stupid employees” at the other company. In a few, and I mean very few, situations, a contractor did engage an attorney to send a letter to the ex-employee and his new employer, asking professionally in writing that “Sam” cease his negative and perhaps “slanderous” comments. If any contractor goes down this road there needs to be some concrete evidence that perhaps a job has been lost or the opportunity to bid work has been removed due to the negative comments by the ex-employee.

This last situation is actually not all that uncommon among larger contractors when one senior level manager leaves to work for a competitor. When there are separations with higher-ranking individuals (even executives), the owner or senior leader must carefully address the exiting leader as to what is expected professionally.

8. Maintain a professional response and take the high road

Similar to just holding your tongue when asked about the ex-employee, this final suggestion directs us to just look forward, not backward, to how new jobs will be led, planned and completed. No matter how difficult the separation process was, or how personal it might have become, the contractor and those most closely associated with the ex-employee must stay positively focused and move forward. There must not be any negative discussion that would degrade the ex-employee. Sarcastic humor should be not conducted or encouraged…no matter how much the ex-employee might have deserved it!

Dealing with any ex-employee can be a bit tricky, but the angry ex-employee always requires a bit more preparation and planning. No matter how difficult the situation might become — and I’ve seen some very destructive actions taken by ex-employees — the ultimate best strategy is to stay focused on moving ahead, resist the temptation to degrade the ex-employee and redirect everyone’s attention (including your own) to new opportunities and a better future.

Stay calm when anger presents itself!