OSHA's proposed new PEL for silica will significantly reduce exposure, but it will also place stricter controls on operations that produce silica dust. 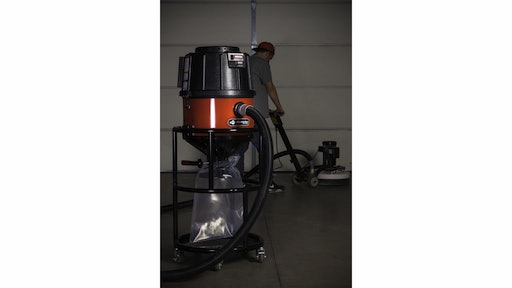 Imagine your lungs slowly turning to stone, each day you can take in less and less air until finally you can't breathe at all. That situation can be very real for people who have diseases caused by silica dust and in the construction industry, silica dust is everywhere. OSHA has taken data from decades of research on worker exposure to silica dust and made the determination that the current permissible exposure limit (PEL) is no longer sufficient. In response, OSHA has proposed a new PEL for silica that will significantly reduce exposure. This of course comes at a price with stricter controls on operations that produce silica dust. As with past regulations of this type there has been strong resistance from industry. Silica being present in a large variety of construction materials hearing conducted in March 2014 saw comments coming from many facets of the construction industry. Right now the rule is in the proposed stage. OSHA Assistant Secretary Dr. David Michaels recently stated that work on the agency's proposed standard is "actually moving quite well" and he expects the standard to be finalized in 2016. Below you’ll find more information about silica dust and how it may affect you, so you can be ready.

Silica dust and your health

According to OSHA silica dust exposure can significantly increase the risk of lung cancer, silicosis, and non-malignant respiratory disease (NMRD) as well as autoimmune and renal disease. Most of the diseases are incurable and are fatal. Looking at that list should be enough to put safety in the forefront of your mind, but why is it believed to cause such catastrophic illnesses. When materials like concrete or masonry are ground, cut or polished, they produce large clouds of dust. What most people don’t realize is that while the dust cloud is messy it’s not that dust that is really the biggest health risk. It’s the microscopic dust that you can’t see that can hang in the air long after the cloud has cleared. The reason the microscopic dust presents such a risk is that the small particles can travel deep into the lungs and stay there. This is because they’re too small for the body to process out, but big enough to irritate tissue deep in the lungs. The other import factor to realize is that most of these aliments don't present directly after exposure and are generally the result exposure over time. So it's workers who are consistently and repeatedly exposed that can face the worst consequences.

OSHA’s current standards for silica dust were adopted in 1971 and haven’t been updated since. The previous standard is a formula that is approximately equivalent to 100 micrograms per cubic meter of air (mg/m3). The new rule would change that standard to 50 micrograms per cubic meter of air. This will make the PEL equivalent to that of the well known EPA RRP rule, known as the Lead Paint Rule. This will mean a big change for the industry overall. Current methods of grinding, cutting, drilling and other operations may have to change how they're done.

What this may mean for your business

The PEL rating brings with it requirements to maintain the PEL of which you need to be aware. Chief among these may be this statement, “ The proposed rule prohibits the use of compressed air and dry brushing or sweeping for cleaning of surfaces and clothing . . . and promotes the use of wet methods and HEPA-filter vacuuming as alternatives.” This means you’ll have to have a HEPA-rated vacuum for clean-up; which means you will also need one for use with grinders and other tools in order to conform to the new PEL rating. It also appears that wet methods may not be as simple as they once were, as the slurry would need to be removed, contained and not allowed to dry in place.

HEPA vacuum filtration is a good alternative for most operations and is a simple way to maintain the PEL rating. The new rule will also require the vacuum you use to maintain a minimum cubic feet per minute (cfm) when in use. Look at the following statement from OSHA about dust collection for grinders in the proposed rule. “The dust collector must be equipped with a HEPA filter and must operate at 25 cfm or greater airflow per inch of blade diameter.” Notice that it says ‘must operate at’. That means if you’re using a 6-in. cup wheel, you will need a vacuum that draws 150 cfm in a sustained manner to be compliant, not a vacuum that starts at 150 cfm, and then slowly loses cfm (suction) as the filter clogs. Dust vacuums like the Pulse-Bac with automatic filter cleaning capabilities will become the norm, as contractors will not be able to perform the work without them. These types of vacuums prevent the filters from clogging and the vacuum from losing cfm while operating.

There’s no doubt that with a newly written regulation will come a newly reinvigorated scrutiny on the jobsite. So be ready for it when it comes. As you look at new equipment make sure it will be able to handle silica dust in the right way. Make sure saws and grinders come equipped with dust shrouds or can be fitted with effective after-market shrouds. Be sure vacuums are HEPA rated and capable of maintaining sustained cfm and lift. This way these new regulations will be old news to you and the transition will be easy. Not only that, the dangers of silica dust can be a real threat to your health and/or the health of your workers. Taking action to curb exposure will have real benefits aside from avoiding possible fines.

Ed. Note: Ben Kruse is the Marketing and Media contact at CDCLaRue. He can be reached at BenKruse@cdclarue.com.