Local authorities in a number of states require questionnaire submissions two weeks prior to the public bidding, but it's not clear whether they bring any additional value to the selected bidder 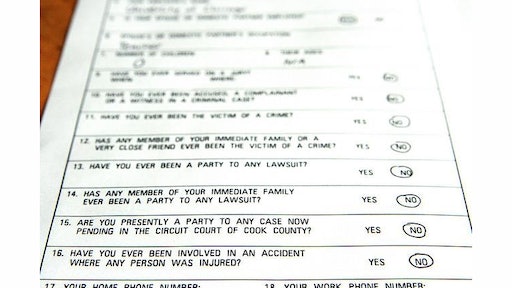 When it comes to public bidding, the information collected through a questionnaire often overlaps with the surety bond.

A recent decision by the City of Des Moines in Iowa to implement a mandatory bidder's questionnaire for public bidding stirred controversy. Opponents argue that such probing questionnaires are a needless expense, considering that bid and performance surety bonds are already meant to safeguard the public from contractor wrongdoing. The measure applies to very specific projects, with estimated costs often exceeding $1,000,000.

To be fair, such questionnaires are not uncommon. Local authorities in a number of states require their submission two weeks prior to the public bidding. However, it's not clear whether they bring any additional value to the selected bidder. Some opponents argue that they open a door for favoritism and bias in the process of choosing the most deserving bidder.

Public contracts are usually awarded to the lowest bid. In addition to offering the right price, however, the bidder has to be qualified as responsive. To determine that, the city collects evidence from the way the bidder responded to the call for bids, and whether he or she followed all instructions for the bid and met all requirements.

The bidder also has to convince the jury that he or she is responsible. Meaning, is the lowest bidder qualified to do the work? Do they have an excellent track record and business references?

In many instances, a bidder may be deemed non-responsive if he or she doesn't complete the questionnaire two weeks before the bid opening.

What's in the questionnaire?

Even though public bidding can involve various services such as maintenance, construction or emergency projects, the additional information required of contractors more or less comes down to the following points:

It’s common knowledge that the surety company underwriting the bond usually conducts a thorough investigation about the contractor in order to establish whether he or she is responsible and reliable. The information collected through the questionnaire mostly overlaps with the surety. The difference, and advantage to the bidder, is that the surety file is not a public document.

What’s in the contractor bond?

By definition, when bidding on public projects, contractors are obliged to provide a bid bond, and later if they are awarded the job – a performance and a payment bond. The surety bonds act as a type of guarantee that first, the bid is accurate; second, the job will be done with the highest possible quality, on time and according to contract specifics; third, the contractor will later pay all subcontractors, suppliers, and workers as promised.

Going back to the purpose of the questionnaire, it's not clear why the required bonds are not sufficient protection against contractor wrongdoings.

After all, bidder's eligibility and bidding capacity can be successfully judged by past performance and completion of projects, general experience and expertise, financial standing and equipment availability. This information can be easily verified, and normally is by the surety underwriting the bond, because it can directly affect the bond premium. Especially if the cost of the project is high, the surety would not want to risk possible claims down the line.

Governmental or public entities would be able to determine who is the lowest responsible bidder based on important performance details and not only on the price. The detailed questionnaire is needed because:

On the contrary, its opponents argue that, specifically in the Iowa case, there was no evidence proving the previous bidder assessment methods inadequate. Instead:

Takeuchi-US is preparing for the opening of the new Takeuchi Training Center with the addition of Ashleigh Gross as a technical trainer and Megan McFarlane as training center coordinator.
Takeuchi-US
March 4, 2021
Follow Us