As a contractor, your surety provider can actually be your ally in finding creative, and equitable, solutions in case default can’t be avoided 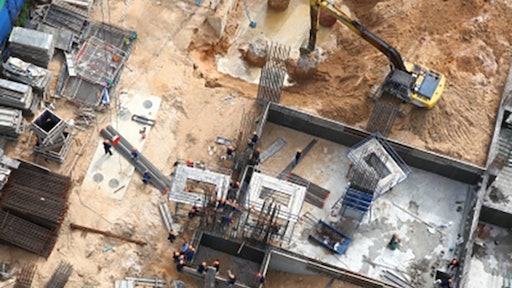 A surety bond represents a business relationship that promises to offer construction contractors support and assistance if they run into financial or performance-related difficulties.

Contractor default inflicts huge losses on everyone involved — on contractors and project owners alike, though in different ways — and can delay, and ultimately stop, a project. This is why surety bonds are put in place, to secure the successful outcome of a project. Almost all public construction projects, as well as a number of private construction projects, are backed by surety bonds.

Even the best construction contractors may face a project default at some point. In fact, contractors have a 26.24% failure rate, according to research conducted between 2011 and 2013. Whether it's financial issues or performance issues, once a critical point is reached, there's not much else left but for the contractor to declare default.

Default hurts contractors, especially when it leads to a surety bond claim. Luckily, surety providers have a number of strategies for resolving these cases. As a contractor, your surety provider can actually be your ally in finding creative, and equitable, solutions in case default can’t be avoided. In other words, sureties don’t only save projects, they also save contractors.

So what do sureties do when contractors default? How do they save projects, and can a project be saved without the backing of a bond?

Why do contractors default?

Contractors default for a number of reasons, and not all of them are foreseeable or manageable. If, for example, the economy suffers a blow and undergoes radical change, construction is usually one of the industries which is most severely hit, leaving a lot of contractors stranded. Other unforeseeable causes, such as changes in the environment or jobsite conditions, may also be the cause for contractor default.

Apart from these reasons, most defaults are due to human error, lack of proper assessment, overextension or cash flow problems. Man-made reasons for contractor default can generally be grouped in three distinctive classes:

Financial reasons that can force contractors to default can include cash flow problems, bankruptcy or even poor accounting. At other times, if you are facing significant losses while working on the project, you may also find yourself forced to abandon a project and default voluntarily.

Performance issues are related to the timely and competent execution of a project and all of its contractual conditions. If for whatever reason you are unable to execute projects in such a way, you can run into difficulties, delays and strained relationships with subcontractors as well as project owners.

Further reasons for contractor default due to poor performance include working behind schedule, bad management and planning practices, inadequately-trained or insufficient personnel.

Overextension can occur if you lack a realistic understanding of what you are capable of, and overextend your resources and personnel to cover too many projects at once.

Once this happens, projects begin to suffer and performance declines, due to most contractors trying to cover too many fronts at once. At this point, especially if a sufficient amount of time has elapsed without the job being finished, a contractor is usually defaulted by the project owner.

In any of the above instances, if the contractor has obtained a valid contract bond prior to commencing work on the project, the project owner (the bond's obligee) can file a claim against the contract bond and get the surety involved in the process of resolving the situation.

What happens to contractors when they default?

What happens to a contractor when they default largely depends on why the contractor has defaulted and whether or not the default is actual or not.

For example, sometimes contractors are defaulted by project owners, but when the surety investigates the claim they find that there was no fault with the contractor and therefore no good reason for a claim against the bond.

On the other hand, if the contractor is found to have defaulted, the surety takes over and implements one of the solutions described below. What happens to you, as a contractor, largely depends on how you proceed.

All surety bonds include an indemnity agreement which specifies that the bond principal (you the contractor) must indemnify the surety for any compensations or payments it makes as a result of a claim against the bond. In other words, if the surety covers a loss you must pay the surety for its coverage.

If you work closely with your surety you may be able to avoid default. You may further be able to avoid all the difficulties that come with having to deal with a claim as well as having to repay the surety for its coverage of the claim. It is always a better option to notify the surety as soon as possible if you are experiencing trouble with the execution of the project and seek a solution together.

Once the surety's obligations have matured and it has gotten involved, it will first assess the situation and launch an 'investigation'. In these investigations, the surety always considers your best interest as well as that of the claimant (the project owner or subcontractor).

Therefore, if you happen to run into difficulties or have a claim filed against your bond, your best friend is your surety and you should immediately contact them and work together on resolving the issue.

If the surety finds you (the bond's principal) to have defaulted, and that there are valid grounds for a claim against your bond, it will take action.

If it can't be helped and a contractor defaults, sureties usually follow one of the following courses of action:

In these cases sureties usually hire a completion contractor who continues from where the original contractor left off. This strategy is often, but not only, used in situations where a construction project has almost been completed and requires a smaller amount of additional work.

In the case of a tender, the surety will not step in and assume control of the project but will rather tender a new contractor to complete the project.

Contractors usually are approved by both the surety and the project owners, and new contractors are also required to obtain surety bonds of their own. The surety may even go as far as rebid a contract if this is necessitated by the character of the project.

Furthermore, in such instances the surety may also need to compensate the project owner if they have sustained damages or losses due to the original contractor's default. Alternatively, sureties may also pay money which is beyond the contract balance to the new contractor, instead of to the owner.

This was, for example, the case with the wastewater treatment plant in Cleafield, Penn., when a contractor defaulted. The bonding company temporarily assumed control of the project, then hired a new contractor and may also have to make additional payments due to the delays which cause damages to the owner.

If a surety opts to assist you, the original contractor, it will usually provide you with additional, or better-trained, personnel. The surety may also provide you with financial assistance, if need be.

In this case, it may even be possible to avoid greater harm, and you may come out relatively intact. Sureties usually utilize this strategy whenever they are working with a contractor with whom they have worked before, who has a good record and is known to be reliable and responsible.

In this case enough trust must already be present between you and the surety, and the project can continue without a new contractor.

Finally, a surety may also opt to simply let the owner finish the project and find a new contractor alone. This strategy is used by sureties whenever the obligee's plans for completion are reasonable and do not expose the surety to further risks.

In this case, the surety may also have to make payment to the project owner, in order to cover for losses, up to the penal sum of the surety bond of the contractor.

Contractor surety bonds are the key to a project's completion

Sureties can't save a project if it is not bonded properly. Therefore, obligees and contractors alike have an interest in the contract surety bonds backing the project.

For obligees, a contract bond guarantees the completion of their project and safety from financial disaster, damages and delays.

For you, on the other hand, a surety bond is even more than that. A surety bond represents a business relationship that promises to offer support and assistance if you run into financial or performance-related difficulties.

Since sureties check contractors extensively before issuing contract bonds, a bond is also a type of guarantee for you that you are deemed stable and reliable.

Todd Bryant is the president and founder of Bryant Surety Bonds. He is a surety bonds expert with years of experience in helping business owners get bonded and start their business.

‘If a business reasonably believes that a PPP loan will be forgiven in the future, expenses related to the loan are not deductible, whether the business has filed for forgiveness or not,’ said the U.S. Treasury Department.
November 24, 2020
Latest
Rental Business