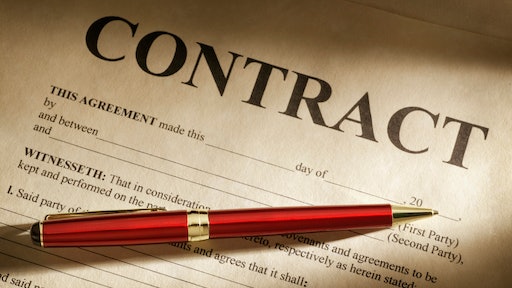 If contractors do not alter the language in their contracts to take cost increases into account, they may be forced to assert difficult legal arguments for “equitable adjustments.”

In today’s economy, there are a number of issues that contractors must take into account when bidding for a job, most definitely including how a contractor can protect itself from increasing material costs with carefully drafted contract provisions.

Materials prices fluctuating rapidly makes it difficult for a contractor to determine an accurate price when creating a bid for a project. This becomes problematic when contractors with a lump sum, fixed price contract are stuck with their original price quoted months earlier when, in fact, prices have increased since that time.

The old standbys no longer cut it

The provisions contractors have historically attempted to use to protect themselves from price increases no longer work. If contractors do not alter the language in their contracts to take cost increases that may occur during the term of a contract into account, they may be forced to assert difficult legal arguments for “equitable adjustments.” No contractor should ever be in the position of having to make an equitable or fairness argument to an owner.

Typically, contractors have fallen back on the “force majeure” provision to attempt to recover additional costs incurred due to price increases in materials. This provision is standard in most construction contracts and provides for additional compensation due to natural disasters, wars, etc.; however, these provisions are notoriously difficult to enforce.

Contractors have also tried to rely upon the “impracticability” provision that is often standard in construction contracts to provide some measure of protection from increasing prices. The problem with this provision is that many courts have held that “impracticability” means that it is impractical to obtain the subject materials at all, not just that a higher price may make it commercially unprofitable for a contractor to do so.

Given the legal technicalities and insufficiency of protection associated with the current standard construction contract language, it is advisable for contractors to make an effort to include language in their contracts to afford additional protection for this specific situation.

There are two main concerns contractors face when dealing with an increased cost of materials:

In terms of the absorption of increased costs, contractors should include in their contracts a provision similar to the following, which provides a mechanism for adjustment of the contract sum in the event of price increases:

In the event of significant delay or price increase of material occurring during the performance of the contract through no fault of the Contractor, the contract sum, time of performance, and contract requirements shall be equitably adjusted by change order in accordance with the procedures of the contract documents.  A change in price of an item of material shall be considered significant when the price of an item increases ____ percent between the date of this contract and the date of installation.

This type of provision demonstrates that the parties were aware that price increases were a possibility and contemplated a method for dealing with such adjustments and factoring them into the ultimate contract price.

Contractors should also try to avoid the impact of liquidated damages clauses that can be implicated when delays arise under a contract. Again, as a starting point, a contractor should, as a matter of general practice, try to avoid liquidated damages provisions in their contracts with owners if at all possible. Often, however, owners will insist on the inclusion of this provision, so when a contractor is faced with a liquidated damages clause, the contractor should make sure that the daily amount of damages contemplated is reasonable, meaning that it has some basis as an estimate of actual damages the owner is likely to sustain if the project is not completed on time.

For example, if a commercial shopping center project is delayed, $1,500 per day in liquidated damages may be a reasonable estimate of the owner’s expected lost revenue from tenants that are unable to open and start paying rent; however, this amount would not be reasonable in the case of an elementary school, which does not generate a profit. Liquidated damages should also be connected to and cease upon substantial completion of the project, not final completion. Final completion is far more difficult to achieve and may actually be an illusory concept in some projects, where there are punchlist items that go on for potentially years.

In the fast-paced world of construction, where time is almost always of the essence, it may be frustrating to potentially prolong contract negotiations for the purpose of including provisions for price increases that are difficult to predict and that do not always even occur during the contract term. However, being aware of these issues will give contractors the ability to negotiate the most favorable contract terms possible while minimizing risk and maximizing profit — the two benchmarks of a successful project.