How to Improve Crew Productivity 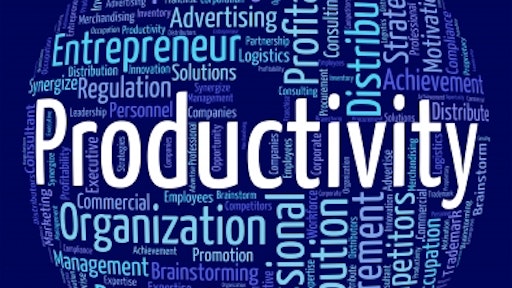 There is a story about the building of the Golden Gate Bridge that should resonate with contractors of any size. During the construction of the bridge, several workers fell to their deaths into the San Francisco Bay’s cold and turbulent waters. Concerned that their bridge would be slowed down from finishing on time, the builders had a large safety net secured to the building portion of the Bridge. In fact it extended several feet outside the width of the bridge as it ran the length of the bridge across the Bay, more than a mile and a half across. (The net was similar to a net that might be installed under a tight rope preventing a walker from injury or death.)

After the net was installed, several men did fall during the remaining construction, but they fell into the safety of the net; scared to death I’m sure…but alive and able to go home at night to their families. In fact, men had to be instructed not to jump into the net for entertainment purposes; that’s how much trust they had in their new security blanket!

Now, to bring this story closer to contractors, and a very interesting side point of this illustration, the productivity of the bridge after the installation of the safety net was said to have increased some 25%. What had been a project behind even the most conservative of schedules began to pick up steam and finished strong.

Consider this point: While working on a dangerous construction project, when the workers knew they could work with little risk of falling to their deaths, they were secure to unleash their real work potential. Lesson learned?

Provide a safety “net” in your work culture and you may realize even greater productivity!

Now, while most contractors will never build a “Golden Gate Bridge” project, there are risks involved with just about every specialty of construction. A contractor should always recognize any unsafe threats to their workers and assertively reduce those threats while educating their people on safe work processes and techniques.

Not all threats are obvious

However, there are other types of threats that also need a “safety net” to ensure the workers are comfortable and confident to give their best effort every day. Those threats — which aren’t necessarily obvious — include:

How many of those “safety” issues can you recognize within your company? How many have you discussed or tried to solve?

Implementing the “safety nets” presented does not guarantee 100% success. Even the Golden Gate Bridge, after the net was installed, lost several workers who fell to their death due to something even the engineers could not have planned for. But the net did empower the workers to work harder, faster and with more confidence in their safety.