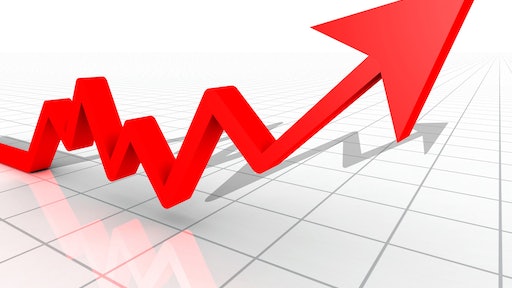 The Equipment Leasing and Finance Association's (ELFA) Monthly Leasing and Finance Index (MLFI-25), which reports economic activity for the $628 billion equipment finance sector, showed overall new business volume for March was $6.8 billion, up 10 percent from volume of $6.2 billion in the same period in 2011. Volume was up 36 percent from the previous month. Year-to-date cumulative new business volume is up 17 percent.

Finally, total headcount for equipment finance companies in March decreased 0.7 percent from the previous month and was down 3.4 percent year over year. Supplemental data show that the construction and trucking industries continued to lead the underperforming sectors.

Separately, the Equipment Leasing & Finance Foundation's Monthly Confidence Index (MCI-EFI) for April is 62.1, up slightly from the March index of 61.7, and the fourth consecutive month of increases, indicating industry participants' optimism is slowly but steadily rising.

"Growth in new business volume appears to be easing somewhat as we head into the summer months," said ELFA President and CEO William G. Sutton, CAE. "Increases in originations of the magnitude we have experienced during the past two to three years in a recovery mode are probably not sustainable. Nevertheless, a 10 percent rate of growth for the period continues a positive trend by businesses to make capex investments in productive assets. Credit quality metrics appear to be stabilizing, returning to pre-recession levels."

"We started to see a positive change in the equipment finance market in Q4-2010 with increased demand and reduced portfolio delinquency," said John McQueen, Executive Vice President and Head of Wells Fargo Equipment Finance. "In my perspective, demand for new equipment was being driven by a combination of factors. These factors include the replacement cycle for older equipment that businesses had been using for longer periods due to a weakening economy as well as companies focusing on acquiring equipment to improve efficiency. As we enter 2012, we've seen a continuation of these trends as Wells Fargo Equipment Finance had record financial performance in 2011, and we continued this momentum during Q1 with 11.5 percent year-over-year volume growth, a 17 percent backlog increase, strong transaction spreads, and continued portfolio quality improvement."

The MLFI-25 is the only index that reflects capex, or the volume of commercial equipment financed in the U.S. The MLFI-25 is released globally at 8 a.m. Eastern time from Washington, D.C., each month, on the day before the U.S. Department of Commerce releases the durable goods report. The MLFI-25 is a financial indicator that complements the durable goods report and other economic indexes, including the Institute for Supply Management Index, which reports economic activity in the manufacturing sector. Together with the MLFI-25 these reports provide a complete view of the status of productive assets in the U.S. economy: equipment produced, acquired and financed.