Selling Safety - Are Your Workers Buying? 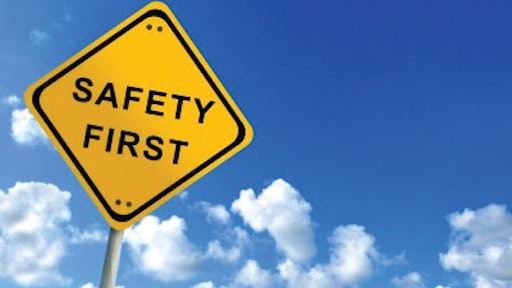 When communicating safety, what is your style?

Style X: Primarily view yourself as a manager informing and directing workers; more of a Top-Down approach where you speak and they act; not unlike a military operation where Command and Control helps effectively managing a safety conscious ship.

Style Y: You are a Salesman, selling the importance and proper implementation of safety to your teammates - aka your customers. You know in the long run you cannot force anyone to do anything against their will, so you prefer to start from the bottom up, gaining consensus from those you are selling to.

For the X-Men, when safety is consistently preached as a boss informing workers, it becomes white noise over time. Yes, the workers understand the idea. Yes, they agree. But does it affect their behavior? We humans often do a poor job of behaving in ways that are consistent with what we know to be good for us.

I know I shouldn't eat that third bear claw… but I do it anyway.

I know I don’t need a 72-ounce Monster drink every morning… but I do it anyway.

I know I should maintain three points of contact when on a ladder… but if I can juuuuust reach over there... I can be done and move on.

For those preferring Style X, this article will attempt to cast light on the benefits of thinking like a salesperson when it comes to safety. As a salesperson, you begin with the customer in mind - in this case, your workers. And when you value helping your customers more than helping yourself, your leadership potential expands by multiples.

What’s that you say? You don’t think of yourself as a cross between Bob Vila and Willy Loman from Death of a Salesman? Well, few of us do. You are among friends.

If you are struggling with this idea - that you are a salesperson - look on the bright side: in the history of the world, it has never been easier to communicate your idea at scale.

The abundance of free communication channels from YouTube to Twitter to Facebook coupled with the declining cost of Smartphone technology, has made this a great time to be in the selling business. You can craft your message and release it to the world!

But there is bad news. Because all these channels are powerful, widely available and free - an awful lot of people are trying to communicate with your customers.

I know what you are thinking, “If my workers don’t buy the safety swag I’m selling, I’ll vote them off the island and find someone else!”

That line of thinking is dangerous. It assumes they are the problem. It’s a them problem, not a me problem. If you want to lead, taking an us vs. them attitude isn’t going to get you far.

Seth Godin, The Marketing Guru of Our Time, points out that Attention is the Asset of the Future. Amidst all the noise bombarding your customers, your ability to attract and retain attention will determine your effectiveness as a communicator.

So how do you attract and retain attention?

Godin says your messages must be three things:

Now think about your safety communication. How do you communicate safety?

Take a Toolbox Talk for example. Is it anticipated? Not really. Maybe.

It is relevant? For some. Say you are focusing on ladder safety during this week’s Toolbox Talk. Two questions:

Question 1: What percentage of attendees will use a ladder in their daily activity? If they don’t use ladders, your message fails the relevance test.

Question 2: What percentage of attendees prefers Spanish as their language of choice? Latinos are nearly two times as likely to be injured or killed on the job. If your message is delivered in English and those most at risk prefer Spanish… well, that is defined as impersonal. We’re going for the opposite - personal communication.

So try this easy eight-step plan that is sure to improve your safety communication.

You have successfully started to build your own Digital Safety Library (DSL). You now have the ability to send links to your safety videos via email in real time to workers actually doing those tasks.

Have a crew setting up scaffolding?

Have the crew take five and send them all a link to the video. Let them know it’s coming and why it’s critical. Now your communication is anticipated. Watching a scaffolding training video for five minutes with jobsite photos you recognize while setting up scaffolding - that’s both relevant and personal.

What about the Spanish speakers? Find someone to speak in Spanish. Don’t rely on Google translate - you need to find someone who speaks the way they speak on the job (remember: personal).

You can control the timeliness and effectiveness of your safety message with assets you already own (jobsite photos) and send them to workers when they need them.

In this way, your message will be anticipated, relevant and personal.

Increase safety in the workplace

Why and How to Write an Effective Construction Safety Plan