ABC’s 2019 National Chair seeks to bring this “world-class” safety initiative to more contractors across the U.S. 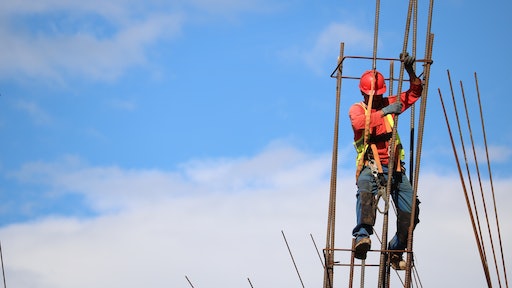 Tony Rader has been involved with Associated Builders and Contractors (ABC) for nearly two decades. The 35+-year construction industry veteran who is serving as ABC’s 2019 National Chair says he was attracted to the association initially by both “the atmosphere of people wanting to truly help people” and the extensive resources it offers to its members.

One such resource is the Safety Training Evaluation Process (STEP), a safety benchmarking and improvement program that participating firms use to measure their safety processes and policies. Its objective is to implement or enhance safety programs that reduce jobsite incident rates by applying “world-class processes” that can substantially improve safety performance, regardless of company size or type of work.

STEP is comprised of 20 “Key Components” – leading indicators shown to improve safety performance and the criteria that indicate best practices. Participating ABC member companies complete a detailed questionnaire that is used to score their level of achievement for each component. Companies then receive a recognition level of Diamond, Platinum, Gold, Silver, Bronze or Participant based on their score.

National Roofing Partners (NRP) is a STEP participant. “The STEP program allows companies like NRP to go through a list of questions and answers and look at past history, safety modifiers and the whole company safety history,” says Rader, who is vice president of NRP’s telecom rooftop services sector. “It gives you a rating, and once you get that rating, it also tells you where you can improve.” 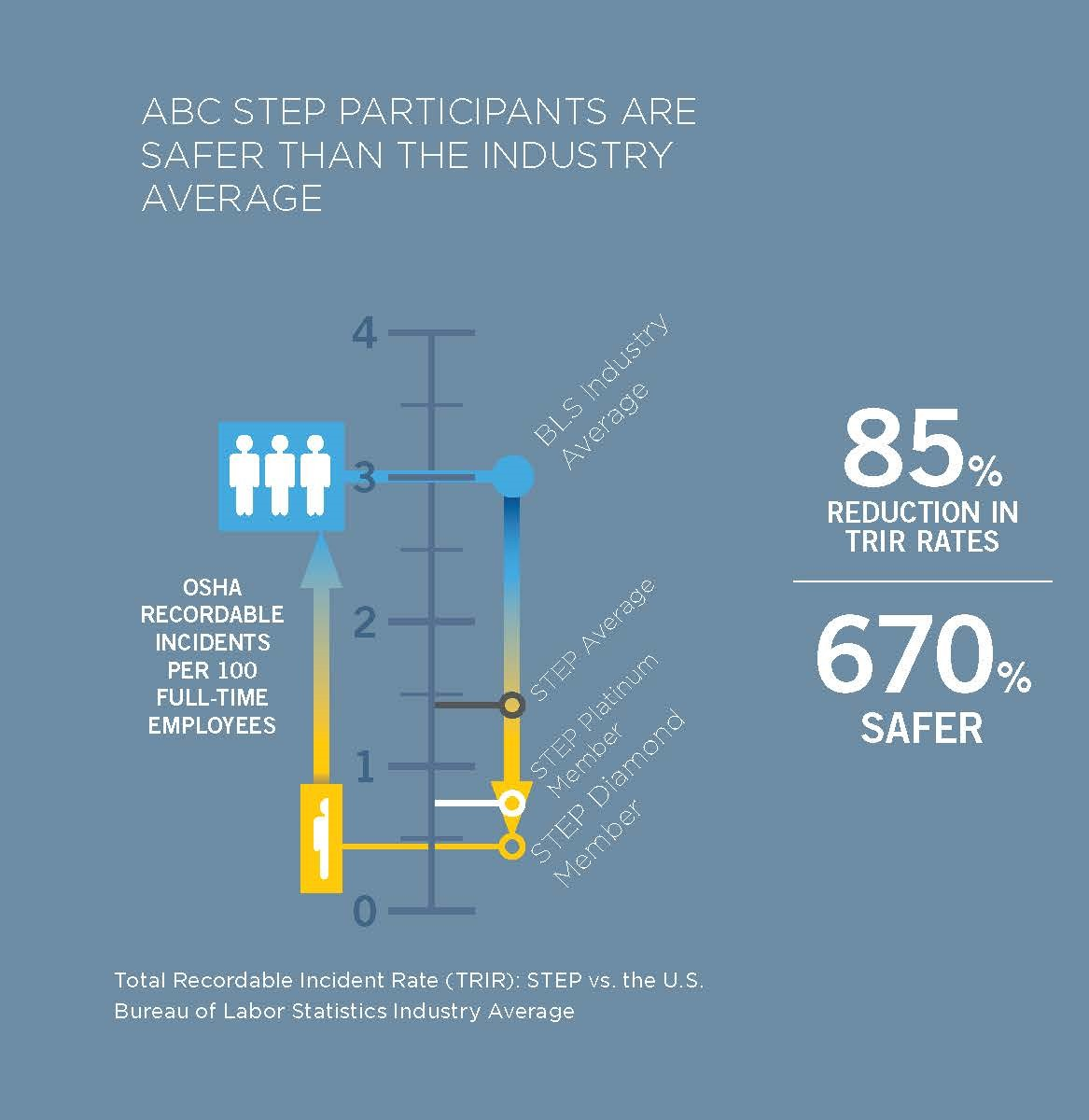 The goal of STEP, and any safety program for that matter, is to ensure all workers go home safely at the end of the day. STEP strives to go beyond this by equipping workers to stay safe both on the job and off.

“We want that individual to go home the same way or better than the way they came to work in the morning,” says Rader.

Part of this involves empowering workers at all levels. “At NRP, every person has the right to stop a job no matter what level of position you're at,” Rader states. “Because if you don't feel safe, we want you to stop the job.”

The program also aids in the battle against complacency. “Sometimes people in the field have to be reminded that you have to stop, evaluate conditions, research  how you're going to do this and do it right, and how you're going to do it safely,” Rader comments. “It's just that ongoing mindset so that it becomes second nature.”

Safety training and education are an important element. Among the many resources it offers, ABC provides a variety of safety training opportunities through its 69 chapters nationwide, as well as member- and partner-developed safety resources free of charge for use by the construction industry.

Despite the success already achieved, Rader wants to take the STEP program even further. “The ABC has done a great job over its past history,” he states. “Back when STEP was created in 1989, the goal was implementing and enhancing safety programs and we've grown that now to be a world-class safety program and it's being recognized by others.”

He points to a large national telecom account that is investigating the use of STEP as a pre-qualification for the contractors it hires. “We do that here at NRP,” Rader adds. “On the prequalification form, if you check that you're a STEP member and you're a [certain level] or above, then we know that you're doing it right.”

Rader’s objectives as 2019 ABC National Chair are to not only promote STEP as a prequalification tool, but to continue to expand the total number of participants.  “I want to promote that whether you're a company that has five people or 1,500 people in your organization, you have this resource, and that it’s a huge value for all of our members,” he says.

“We have 500,000 jobs positions open right now [nationwide], and we have got to bring people in and start getting those individuals trained to the model that we want,” he continues. “And the model we'll use nationwide for ABC is the STEP program.”

Tony Rader, 2019 ABC National Chair, is a 35+ year industry veteran in general construction. He started out in his father’s construction company before moving on to own and eventually sell his own. He has since held senior management positions in large Dallas area construction firms including AUI Contractors and Schwob Companies, plus formed a consulting business to aid and mentor construction businesses. He is currently vice president of National Roofing Partners, heading up its recently formed telecom rooftop services sector.