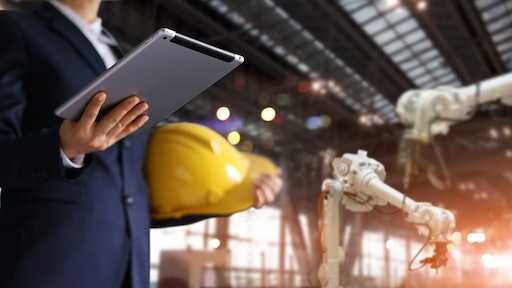 Safety tops job security as the number one concern in a recent poll of construction workers carried out on behalf of Volvo Construction Equipment (Volvo CE) — with 46% highlighting the increased risk to site safety compared to the 31% anxious for their jobs. Meanwhile, loss of sociability (26%) and not knowing who to blame if something goes wrong (17%) follows in their list of worries. But experts say automation is an opportunity not a threat, with the potential to actually reduce the dangers on site.

Smarter machines can also be cause for optimism. Over half of respondents (54%) think autonomous machines and artificial intelligence (AI) will be a boost to productivity, while 48% believe advanced technology like this will increase the speed of every day construction tasks. Interestingly, a small number of those surveyed are divided on the topic of safety, with three in 10 workers confident that automation could actually make construction safer.

The younger you are the more benefits you’re likely to see in autonomous technology. Respondents aged between 25 and 44 are more likely to think autonomous machinery could be a benefit in areas such as productivity, speed, safety, quality and fuel efficiency compared to those aged 44 and over.

When it comes to job fears, it is the machine operator that is perceived to be most at risk — according to almost half of respondents (48%). And those working in this job role agree, with three in five machine operators believing their job could become completely redundant following the rise in computer technology. Engineers are considered the second job role most at risk (21%), followed by bricklayers (17%) and construction managers (16%). Only one in five construction workers believe no jobs will be affected at all.

From those who responded as part of the wider survey across all industries, some 55% agree that they would rather lose their job to a human than a machine. AI could even impact workers’ career choices with nearly three quarters of US respondents (72%) agreeing in some capacity that they would consider choosing a job that will not be affected by autonomous machinery or AI, compared to over two in five UK respondents (45%).

But just how much of an impact will automation have on construction jobs? With the majority of construction workers confident that AI would not do a better job than them (58%), can these technologies ever live up to tried and tested manpower?

Volvo CE believes nurturing innovation is the key to surviving — and thriving — in the coming age of automation. Volvo Group Automation Specialist Christian Grante highlighted Volvo CE’s Triple Zero vision of zero emissions, zero accidents and zero unplanned stops as the key to maximizing the potential for automation. He says: “We believe our focus on technologies such as automation is exactly what allows us to make the construction industry safer. Our research into this area has shown that autonomous systems really can improve safety and productivity for our customers. And with more machines working in collaboration with humans, rather than being controlled by them, this will only increase further.”