The Chula Vista High School project was completed in 432 work days without incident.

SAN DIEGO, Feb. 28, 2011 /PRNewswire/ -- Turner Construction Company, San Diego is pleased to announce that it recently received Liberty Mutual Group's Safety Commendation Award for its stellar safety record while performing renovations and new construction at Chula Vista High School.  The construction team was presented with the award on January 27, 2011 for completing the entire project, with construction activity in three different areas of the campus, without a single loss time injury, or an injury requiring a worker to be assigned to restricted or modified work.  This was accomplished during school hours, amidst thousands of students.

Liberty Mutual is the fifth largest property and casualty insurer in the U.S.  The company was founded in 1912 with the mission of "helping people live safer, more secure lives."  Liberty Mutual's prestigious Safety Awards demonstrate its commitment to its mission of promoting safety.

Turner Construction Company received the Liberty Mutual Award based on its DART rate (Days Away with Restricted Duty or Job Transfer).  To be considered for this award, a project must have a DART rate of at least 50% better than the Bureau of Labor Statistics DART rate, which is 1.2 (1 loss time injury/2 restricted or modified duty cases).  Turner Construction Company worked on the Chula Vista High School project from July 2009 to January 2011, totaling 432 work days without incident - or a DART rate of 0.0.  With an average of 95 on-site workers, that equates to approximately 115,044 man hours completed without incident.

Shawn Rosenberger, Vice President and General Manager for Tuner Construction Company, San Diego states, "I'd like to thank Liberty Mutual for this award, and commend our outstanding team that demonstrated their excellence not only in the quality of their work, but also in the manner in which they completed it."

Turner Construction Company is the leading general builder in the U.S., ranking first or second in all major segments of the building construction field.  For more information, visit www.turnerconstruction.com/sandiego. 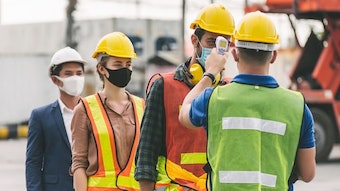