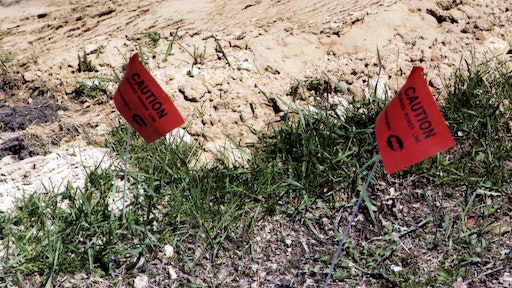 Common Ground Alliance (CGA), the stakeholder-driven organization dedicated to protecting underground utility lines, people who dig near them and their communities, announced findings from a new supplemental report examining near miss data submitted to the Damage Information Reporting Tool (DIRT) from 2015-2018.

The DIRT Supplemental Report - Analysis of Near Miss Events (2015-2018) (available for download), analyzes near miss data separately from actual damage incident data, examines the characteristics that make near misses unique from damage events. Near misses to buried utilities are defined as events where a damage did not occur, but a clear potential for damage was identified.

The examination of the near miss data set revealed several key takeaways and suggestions for new analysis. Primary among these findings was that the quality of near miss data submitted by excavators is higher than that of their damage reports, as these stakeholders appear to utilize DIRT to document locating issues and associated downtime. Near miss data is analyzed separately from damage data.

Other key findings from the supplemental report include that reports submitted by natural gas and liquid pipeline stakeholders involve “transmission” as the facility affected and “no notification made to one-call center/811” as the root cause in higher percentages than their damage reports. In addition, near miss reports from locators are not significantly different from their damage reports in terms of root causes, facility operation or facility type affected.

“Damage prevention advocates have long recognized the value in collecting information not only about incidents that result in damage to our nation’s buried infrastructure, but also gathering data surrounding incidents which very nearly could have resulted in damage -- those events that the damage prevention industry refers to as ‘near misses,’” said Sarah K. Magruder Lyle, president and CEO of the Common Ground Alliance. “Isolating and examining near miss data helps us see what makes those situations unique for certain stakeholders, and has also illuminated paths for new data correlation and analysis, such as the potential for leveraging data from one-call centers’ automated positive response (APR) systems to gauge the percentage of locate requests that are addressed late.”

“This analysis of near miss data provides damage prevention advocates with new findings that we can use to gather additional and higher-quality information about breakdowns in the safe digging process, so that we can all work better together toward our goal of zero damages,” said Deanna Centurion, co-chair of CGA’s Data Reporting and Evaluation Committee and Principal at Cyera Strategies. “The near miss supplemental report recommends that we promote greater usage and quality of these types of event reports to advance industry objectives.”

Stakeholders interested in submitting data to the 2020 report or establishing a Virtual Private Dirt account should visit the DIRT site at www.cga-dirt.com.