How Construction Business Owners Can Learn from Bad Decisions

From business owner to prison cell and back, Kevin McCarthy shares his lessons learned from ignoring ‘blind spots’ 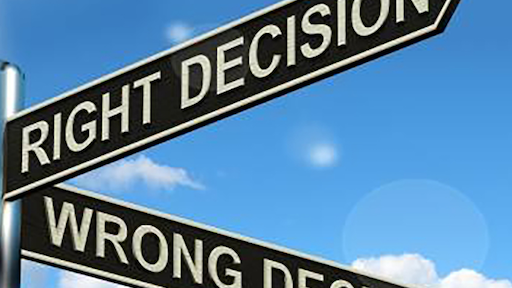 The unconscious biases that bedevil everyone, including business leaders and corporate decision-makers, flipped Kevin McCarthy’s life upside down and dropped him in a prison cell for 33 months, convicted of a crime he committed unwittingly.

“When we aren’t paying attention to our blind spots, they wreak havoc in all areas of our lives,” McCarthy said while delivering a keynote address at the Association of Equipment Management Professionals (AEMP) EquipmentSHIFT 2019 conference in Kansas City, MO.

McCarthy, now an accomplished public speaker and author of “BlindSpots: Why Good People Make Bad Choices,” developed one of the largest Century 21 real estate sales offices in the country, and then later founded a prominent technology start-up that he sold in the early 2000s.

The next opportunity went the opposite direction.

In a nutshell, he worked as a consultant for a company he thought was preparing for an initial public offering (IPO). The IPO never happened. His boss had created a complex scheme to drag out the process and defraud other stakeholders. His boss was charged with the largest stock fraud in Washington state history.

McCarthy, blind to the nefarious work above him, said he unknowingly contributed to the crimes. And in 2004, when the prison sentence came down, he paid a lofty price.

While in prison, he studied the pitfalls of his own demise, and in the years since he has sought to shine light on the most pervasive forms of blind spots — the clouded perceptions and snap judgements that, while they rarely result in prison stays, hamper decision-makers, hinder workplace teamwork, slow productivity and, ultimately, adversely affect customer service and bottom lines across all industries.

To that end, McCarthy shared his top 10 blind spots and encouraged those in attendance at the AEMP conference, to identify which ones they are most susceptible to and, from there, commit to rooting them out of their respective shadows.

These may seem obvious, but McCarthy reminds that he missed many of them for much of his career. It took the better part of three years in a federal prison camp, living among more than 500 other inmates, for him to flesh out the most nagging of blind spots and will himself to spotlight them in his daily life.

He considers himself fortunate. Unlike many of the men he lived amongst while incarcerated, McCarthy learned from the depths of his worst experiences. “Most of these men come out [of prison] the same way they went in.”

Many workers have been displaced due to the COVID-19 pandemic. Use these tips to find and recruit this pool of potential workers to the construction industry.
Jessica Lombardo
May 29, 2020

Suicide risks in construction, particularly in light of the current coronavirus pandemic, must be addressed as part of a construction company's safety focus.
Associated Builders and Contractors Inc. (ABC)
May 21, 2020

In part two, the team shares stories and insights on how to hire the next generation of employees.
May 13, 2020

Finding talent can be difficult, but the team discusses new ways to find employees including Veterans and the younger generation.
April 29, 2020

Caterpillar and the AED Foundation have announced a $300,000 scholarship to bring more students from high school into technical education.
April 24, 2020

Here are our top four keys to retaining workers and building your workforce.
April 23, 2020

North Atlantic States Regional Council of Carpenters directed the walk-out on April 6, but on Monday said members would go back to work if contractors commit to measures to limit the spread of the highly infectious virus
April 20, 2020

[VIDEO] What is the Construction Industry Doing to Solve a Workforce Shortage?

ForConstructionPros.com conducted interviews with various manufacturers and experts while at CONEXPO-CON/AGG 2020 to discuss how construction contractors can help solve the workforce puzzle.
April 6, 2020

Griffin Reome tells us how it works and offers his unique perspective as a graduate of the program.
Caterpillar - Cat
March 14, 2020

AED Foundation study revealed the technician shortage will be over 73,000 workers overs the next five years.
March 12, 2020

Ken Simonson, chief economist with Associated General Contractors of America, talks about the outlook for 2020 and how the Coronavirus may impact the industry
March 11, 2020

Sage is trying to find ways to use evolving technology, like drones and robots, to help fill the gap.
Sage North America
March 11, 2020

Tom Doyle with ARA talks about the ARA Rental Works workforce development initiative, which was launched to help attract and recruit to the rental industry.
American Rental Association
March 11, 2020

[VIDEO] Wirtgen Developing Workforce with Center for Training and Technology

Wirtgen's Center for Training and Technology has developed into a platform to reach training needs of the company, dealers, customers and the industry.
Wirtgen Group
March 10, 2020

Jim Colvin, president and CEO of Serious Labs, discusses how the company uses leading edge technology, such as virtual reality, to train the next generation of industrial and trades workers.
Serious Labs
March 10, 2020

Julie Davis with AEM talks about what the association is doing to help fill the pipelines for manufacturing and the trades.
March 10, 2020

The versatile prototype can be used for safety training across seated machines and vehicles.
Serious Labs
March 10, 2020
Follow Us