Mayor Emanuel and two aldermen will propose changing the Affordable Requirement Ordinance on Sept. 6 to eliminate developer’s option to buy out of building affordable units 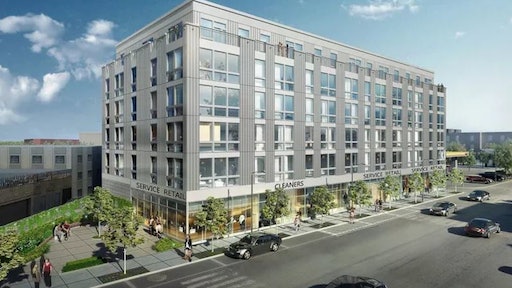 Mayor Emanuel's proposed change to Chicago's Affordable Requirement Ordinance would require a developer's building like this one going up near Logan Square to include 20 affordable housing units, or to add 27 affordable units within two miles of the building.
Studio 222

Chicago’s feverish real estate development is expected to make it difficult for low- and moderate-income people to afford housing on the Near North and Near West sides and along the Milwaukee Corridor. Mayor Rahm Emanuel and two city aldermen will propose changes in the city's Affordable Requirement Ordinance to the City Council on Sept. 6 aimed at getting developers to incorporate affordable units into new residential buildings in those areas.

Residential building developers currently can choose to incorporate affordable units into 10% of a building they develop, or pay up to $225,000 into a fund. Many choose the payments. But if the City Council approves the new measure, developers won't be able to buy their way out.