Wildfires have consumed 2,834 homes in Santa Rosa alone, about six times the number of new residential units expected to be produced in Sonoma County in 2017 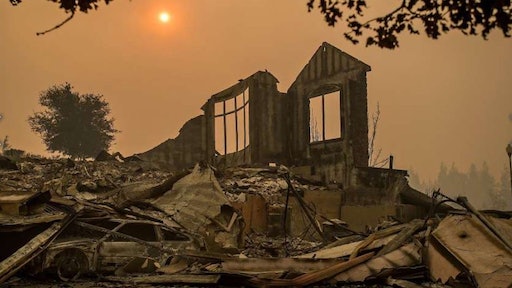 Wildfires have consumed 2,834 homes in Santa Rosa, Calif., alone, roughly six times the number of new residential units expected to be produced this year in all of Sonoma County. Tom Carreiro, president of Santa Rosa’s Carreiro Builders, said the phone started ringing Monday with clients eager to be first in line when the rebuilding starts.

“The fire is not even out yet and people are calling,” said Carreiro. “They know it’s going to be really hard to find a good contractor.”

As wind-blown flames menaced entire neighborhoods in Sonoma and Napa counties, North Bay builders were coming to terms with a daunting reality: a multiyear rebuilding effort the region appears unprepared to tackle.

“There are not enough workers up here,” said Keith Woods, chief executive officer at the North Coast Builders Exchange, an 1,100-member Santa Rosa trade group. “Contractors couldn’t find workers to do remodeling or repairs before the fire. It’s a serious problem that will definitely delay the rebuilding effort.”

“Labor is tight. Materials are tight. A special order of windows that would have arrived in eight weeks a few years ago now takes closer to 16 or 20 weeks,” said Mark Davis, president of Wright Contracting, a large Santa Rosa builder. “The younger generation is not interested in working hard and learning a trade. They all want to play on computers and stuff.”