Commercial Real Estate a Clear Winner in Tax Reform; Housing Not So Much

Initial analysis of the $1.5 trillion Tax Cuts and Jobs Act show lots of benefits for multifamily housing, including demand boost driven by cuts to tax benefits of home ownership 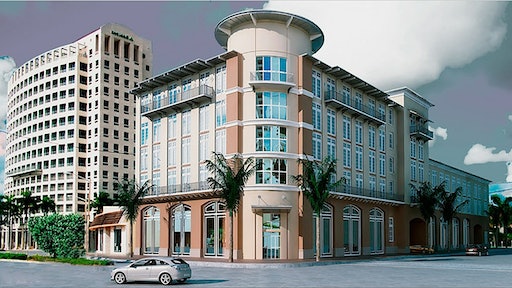 The $1.5 trillion Tax Cuts and Jobs Act marks the first major overhaul of the U.S. tax code since 1986 and is expected to be a great boon for commercial property owners. Industry analysts predict the new tax code will strengthen demand in the multifamily sector and spur corporations to put more money into real estate assets and new development, in addition to preserving or improving most of the existing tax breaks for real estate investors.

There is some anxiety, however, that the tax rules might prove to be too much of a good thing for an industry whose major downfalls tend to be over-borrowing and over-building.

According to a white paper produced by research firm Reis Inc., commercial property owners “are easily the biggest beneficiaries of this tax bill.” The 1031 exchange provision remains in place. Commercial property landlords will still be entitled to a full mortgage interest deduction, in addition to benefitting from the reduced corporate tax rate of 21 percent. The tax bill reduces the depreciation period for multifamily and commercial properties to 25 years. Previously, the depreciation period for multifamily properties was 27.5 years and for commercial properties 39 years. Pass-through entities such as LLCs and partnerships, commonly used in the commercial real estate industry, will benefit from a lower tax rate. Partners in such entities will now be taxed at their individual tax rate less 20 percent deduction for business expenses.

More: The Tax Bill Is a Clear Boon to Commercial Real Estate. Will It Prove Too Much of a Good Thing?

The Tax Cuts and Jobs Act stands to reduce affordable housing construction and weaken or negate many tax deductions related to owning a house.

The bill retains the 4 percent Low-Income Housing Tax Credit (LIHTC) and the Historic Tax Credit, both of which were repealed in the House bill. The LIHTC funds a third of all affordable housing construction, while the HTC has been used to fund renovations to more than 40,000 historic structures since 1981.

But the bill also cuts the corporate tax rate from 35 percent to 21 percent, which will inherently lower the value of both credits, and thus lead to fewer affordable housing units and renovated historic buildings.

A similar dynamic exists with the state and local tax (SALT) deduction and the mortgage interest deduction (MID). SALT deductions are capped at $10,000 in the bill, and the cap on the MID was lowered from $1 million to $750,000 worth of mortgage loans.

But because the bill also doubles the standard deduction, fewer people will claim the MID and SALT deduction. Both SALT deductions and the MID have the greatest effect on coastal states with high taxes and expensive housing markets.

More: Here's How the Tax Bill Will Impact Housing