Construction Fatalities Up 6% in 2016

Construction industry again had the highest number of fatalities in all industries with 991 worker deaths, according to the 2016 Census of Fatal Occupational Injuries 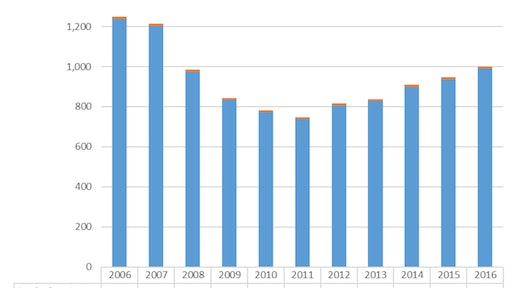 The construction industry represented 19.9% of all worker deaths in 2016 and 22.2% of all private industry worker deaths.
ConstructConnect 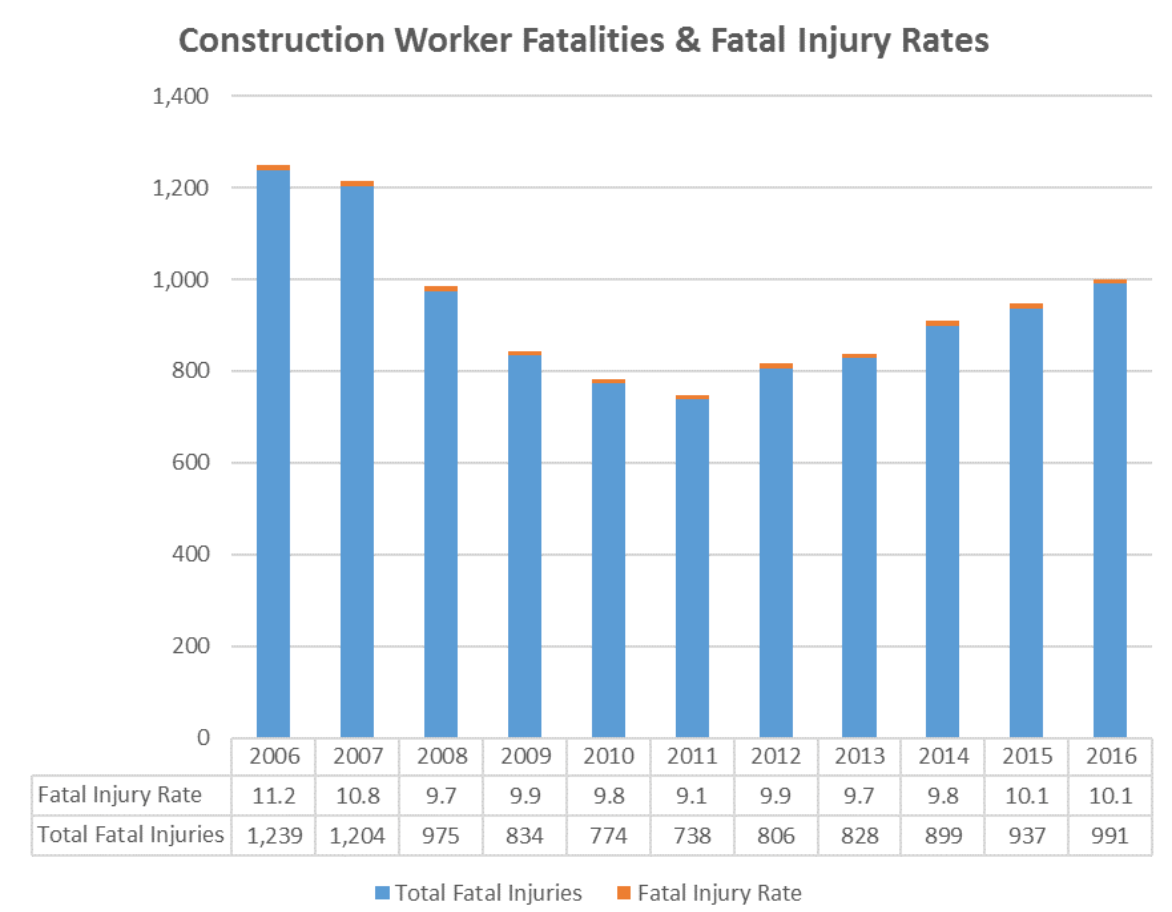 The construction industry represented 19.9% of all worker deaths in 2016 and 22.2% of all private industry worker deaths.ConstructConnect

Despite accounting for the highest total of worker deaths, the construction industry was tied for third highest fatal injury rates among all industries. Agriculture, forestry, fishing and hunting had a fatal injury rate of 23.2 per 100,000 FTE followed by transportation and warehousing at 14.1 and mining, quarrying, and oil and gas extraction at 10.1.

The Five Deadliest Jobs in 2016 (by fatal work injury rates):

These were the same occupations that claimed the top five spots in 2015. Only refuse and recyclable material collectors saw a decrease in fatal injury rates in 2016, all other increased. 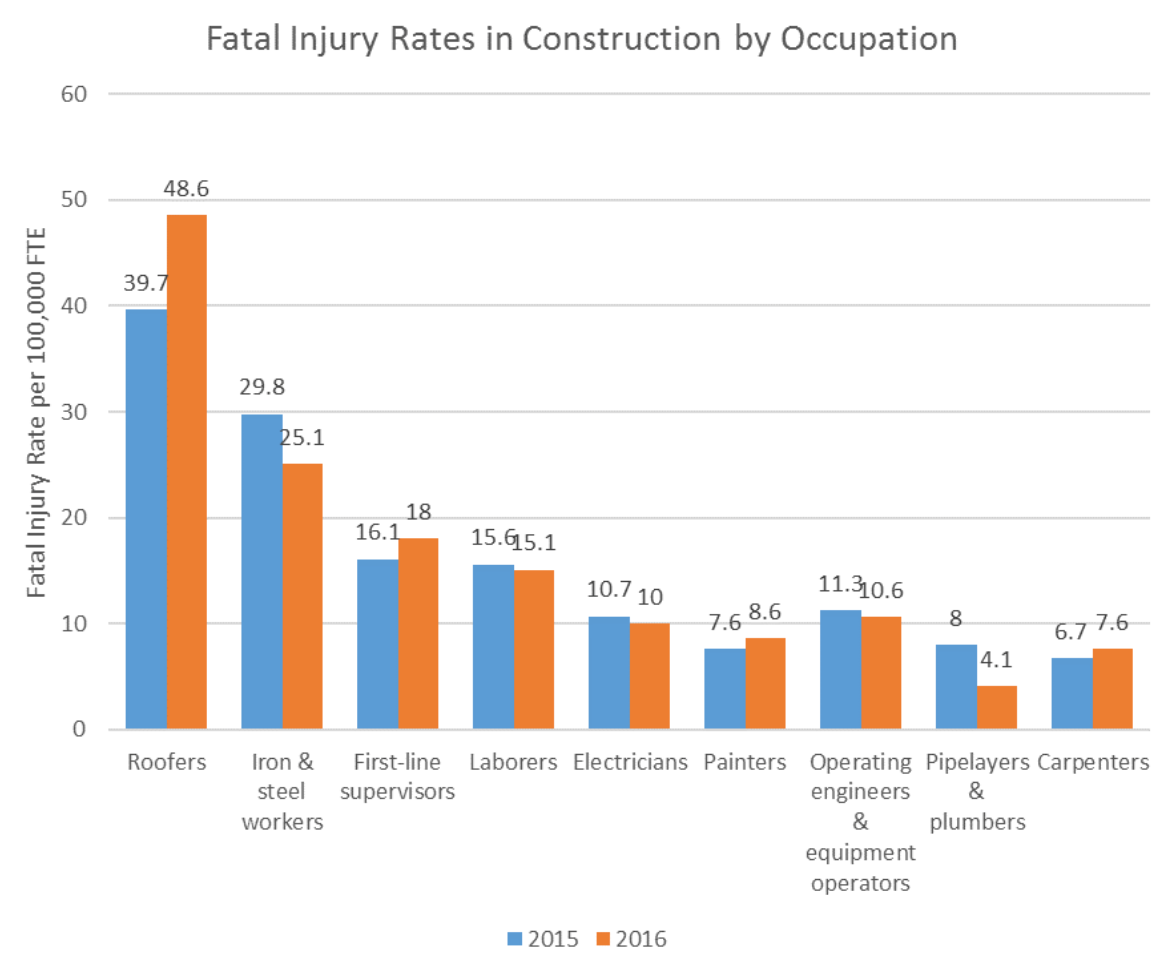 In the construction industry, the four leading causes of worker deaths not involving highway collisions were falls, being struck by objects, electrocutions and getting caught-in/between objects. OSHA has dubbed these the Fatal Four as they were responsible for 63.7% of all construction worker deaths in 2016.

There was an increase in total construction worker deaths for each of the Fatal Four in 2016.

The other leading cause of construction worker deaths is transportation incidents which accounted for 246 fatalities in 2016. 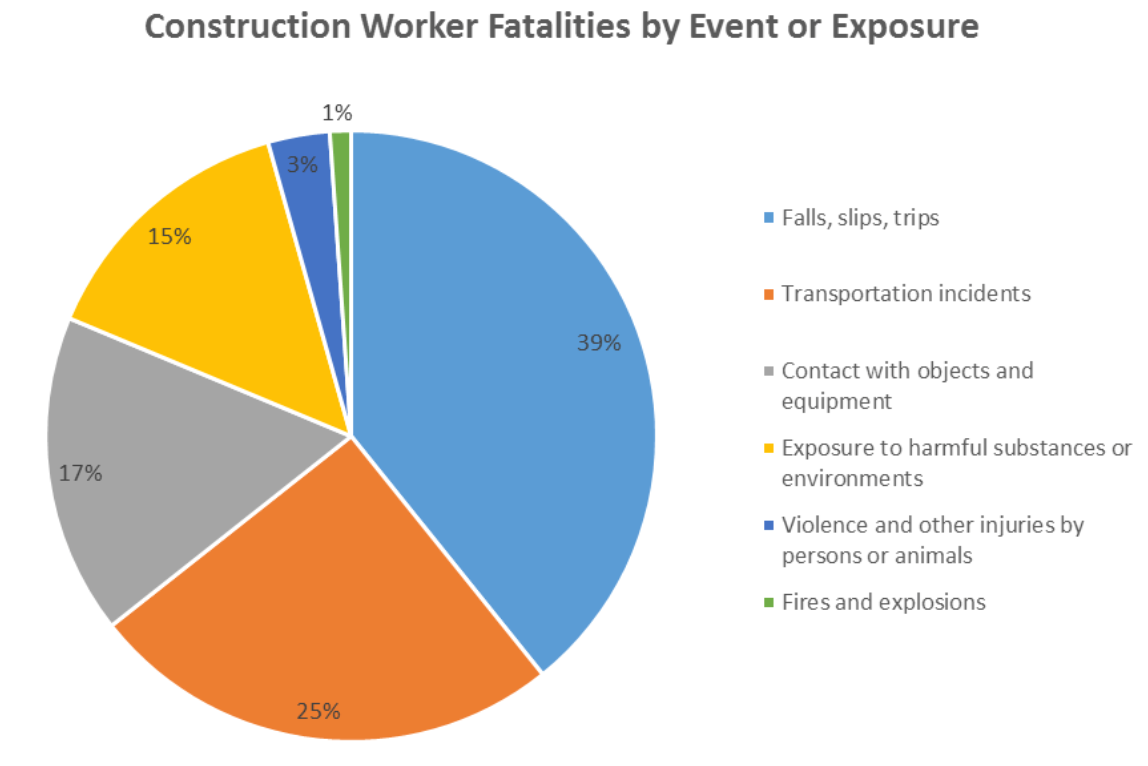