Electric Vehicles Are Coming for Your Snacks 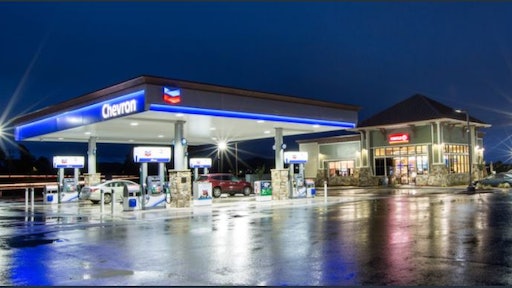 Most major automakers have committed to converting their entire future fleets to some form of electric power.

Unlike traditional internal combustion engines, EVs don't require oil changes, which should worry the more than 160,000 independent auto repair shops in the US. In an EV-dominated future, gas stations will eventually be hit hard.

In fact, Jeff Lenard of the National Association of Convenience Stores told The Washington Post that fuel sales comprise just 40% of gas station profits. The rest of revenue is rung up inside the store, and beverages are the bulk of sales.

From December 2010 to February 2018 the combined market share of all EVs in proportion to traditional internal combustion engine new vehicle sales was just 0.7 percent, according to InsideEVs.

But given automakers' commitment to EVs, rapid market growth is expected. So convenience stores might want to consider catering to EV owners, much like the Mid-Atlantic gas station chain Sheetz (where customers can order food items such as drinks and sandwiches via touch screen while filling up) has partnered with Tesla to install Supercharger stations.