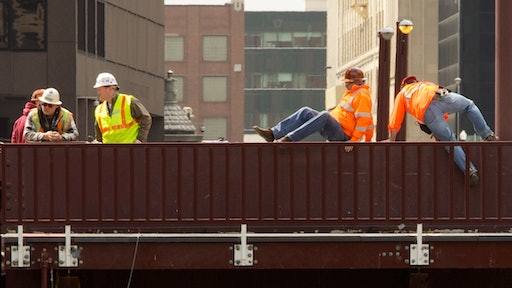 Opioid-related overdoses claimed the lives of nearly 1,000 Midwest construction workers in 2015 – part of an opioid crisis that cost the region’s industry more than $5 billion in health care expenses and lost time and production, according to a recent report from the Midwest Economic Policy Institute.

The report connects the industry’s high injury rates with prescription painkiller use and, ultimately, misuse and addiction. Data from 2016 shows that in Ohio, construction workers were 7.2 times more likely than workers in other industries to die from opioid-related overdoses.

“What makes construction so vulnerable to this epidemic is the physical nature of the work,” report co-author Jill Manzo said in a Feb. 20 press release. “Injury rates are 77% higher in construction than other occupations, and the financial incentive to get back to work before their bodies are healed is leading many down a path that can ultimately lead to abuse and even death.”

The report cites a 2017 National Safety Council survey that found an estimated 15% of construction workers have substance abuse disorders – nearly twice the national average of 8.6%.

“Untreated substance abuse can cost contractors thousands of dollars each year in health care, absenteeism and turnover costs, while preventing abuse or getting an employee into recovery can ultimately save thousands of dollars,” Manzo said in the release. “Taking tangible steps to combat this crisis is a moral and economic imperative for both industry leaders and elected officials.”

Construction Labor Shortage May Be Contributing to Opioid Abuse