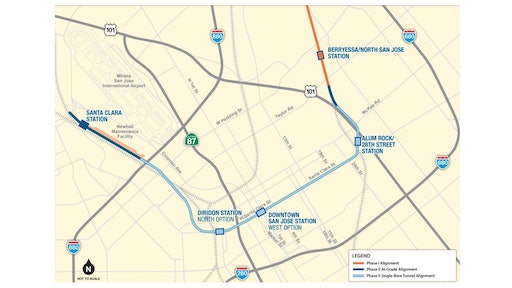 The Bay Area Rapid Transit’s Board of Directors on Thursday approved a plan to extend service to Silicon Valley with the first U.S. use of a single tunnel bore to carry two passenger rail lines under San Jose, Calif. The method means workers wouldn’t have to rip up the streets of downtown during construction.

The $4.8 billion Silicon Valley BART extension will be the largest transportation infrastructure improvement project ever undertaken in Santa Clara County. The 5.5-mile line is expected to take tens of thousands of cars off the roadways, according to the VTA. Approvals from BART and the VTA were necessary to secure $1.5 billion in federal aid for the project.