Report Offers Three Possible Scenarios for the Future of Construction 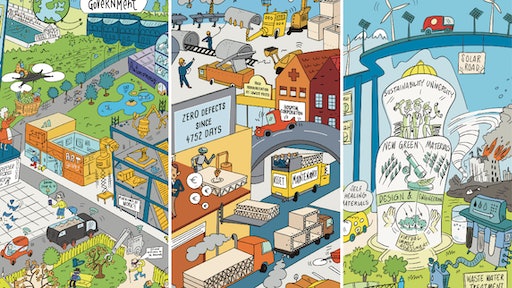 Significant changes on the horizon indicate an uncertain future for the engineering and construction (E&C) industry and its more than 100 million employees worldwide. Advancing digital technologies that include building information modeling, prefabrication, wireless sensors, automated and robotic equipment, and 3D printing will transform the entire industry. The substantial impact of full-scale digitization could help the industry escape its decades-long lack of productivity progress and generate an estimated $1.0 trillion to $1.7 trillion in annual cost savings. 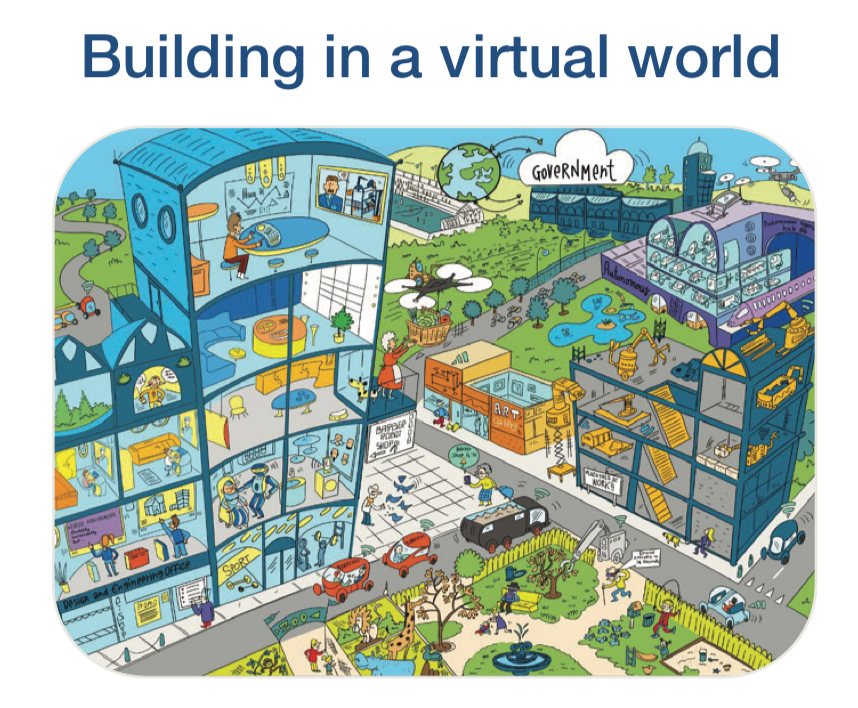 In an era where people are immersed in virtual reality in all aspects of life, intelligent systems and robots run the
construction industry.World Economic Forum/The Boston Consulting Group (BCG)In parallel, global megatrends should motivate E&C companies to rethink industry practices. Rapid urbanization, with more than 200,000 people per day relocating from rural areas into cities, climate change, resource depletion, and the widening talent gap are but a few of the most powerful of these trends. Shaping the Future of Construction: Future Scenarios and Implications, a new report from the World Economic Forum and The Boston Consulting Group (BCG), is the first to integrate consideration of the new technologies and trends into consistent scenarios of the future for the E&C industry.

“The myriad potential changes in the E&C industry leads to high ambiguity and makes it impossible to predict the future,” noted Santiago Castagnino, a BCG partner and coauthor of the report. “However, with scenario planning, involved stakeholders can prepare for a variety of possible futures.”

Over the past year, the World Economic Forum and BCG worked with more than 30 leading companies and other stakeholders from the E&C industry, conducting workshops in Berlin and London. The result of those workshops was the development of three future scenarios for the E&C industry. Although all three scenarios, outlined in the report, are extreme, they are plausible. In the “building in a virtual world” scenario, which many experts consider highly likely, design and engineering software systems are powered by artificial intelligence, and autonomous construction equipment replace most manual work throughout the E&C value chain. 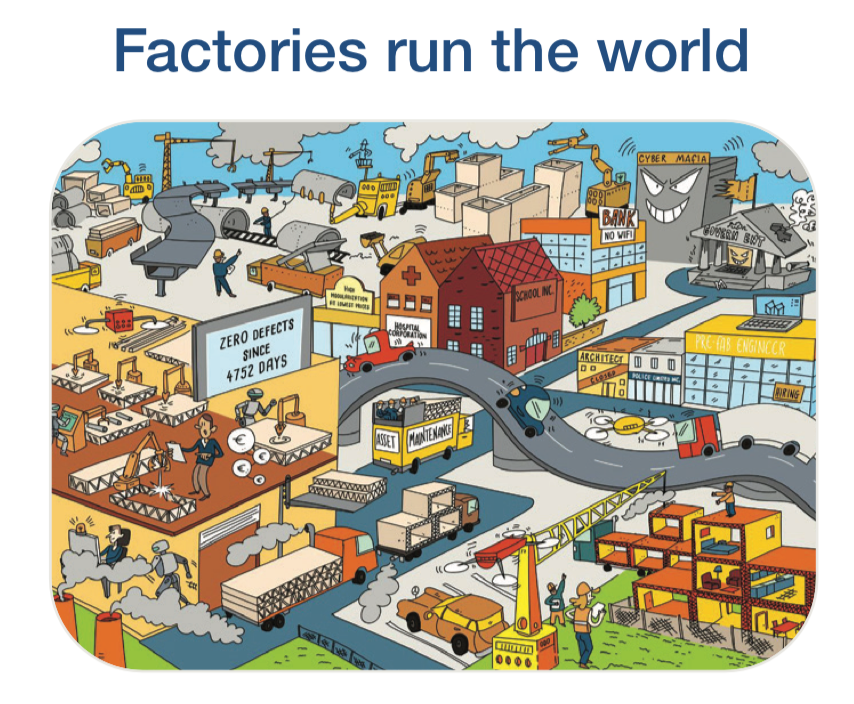 Although the report indicates that it remains unclear which scenario will unfold, there is little doubt that the real future will include elements of all three. According to Michael Burke, chairman and CEO at AECOM and cochair of the World Economic Forum Future of Construction initiative, “current business models, strategies, and capabilities will not be sufficient in any of these future worlds. This underscores that players along the construction value chain need to prepare strategically to thrive in the face of anticipated disruption.” In addition to recommending specific responses to each of the scenarios, the report provides a set of actions that will be relevant in any possible future.

The report states that 74% of the E&C company CEOs who attended this year’s annual meeting of the World Economic Forum in Davos reported that they considered attracting new talent and improving the skills of the existing workforce to be among the top three actions for keeping pace with upcoming disruptions. The other two priorities they named were improving integration and collaboration along the value chain (65%) and adopting advanced technologies at scale (61%). For each scenario, the report describes the most important changes that E&C companies must anticipate; explains how customer requirements, segment demand, regulations, processes, and technologies would change; and provides details on how the competitive position of existing industry players would be affected, what new entrants could be expected, and which new business opportunities will arise. 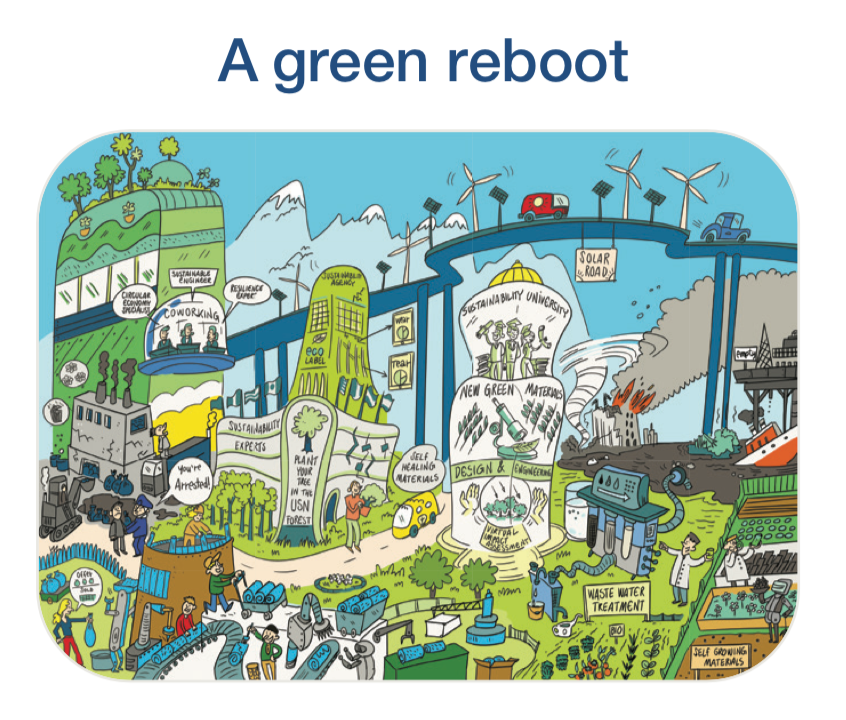 A world with increasing conflicts over scarce resources and climate change rebuilds using environmental-friendly construction methods and sustainable materials.World Economic Forum/The Boston Consulting Group (BCG)Luis Castilla, CEO of Acciona Infrastructure and formerly a cochair of the World Economic Forum Future of Construction initiative, summarized the relevance of the new report: “The construction industry’s decision makers should understand the disruption outlined in the future scenarios as a wake-up call and use the identified key actions as a foundation for companies in the construction industry to prepare and shape a prosperous future that will allow the industry to fulfill its role in promoting economic growth, social progress, and environmental responsibility.”

A copy of the report can be downloaded here.