US Army Corps of Engineers Submits $6.8B ‘Work Plan’ to Congress 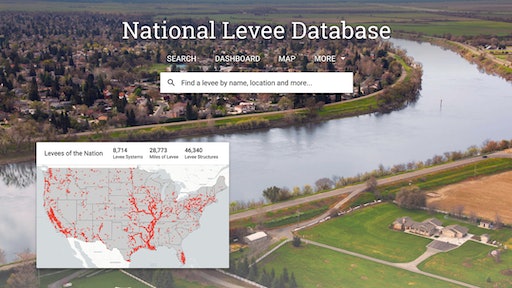 The Corps of Engineers' updated National Levee Database is a dynamic information source that provides visualization and search capability on the location and condition of levee systems nationwide at https://levees.sec.usace.army.mil.

The U.S. Army Corps of Engineers officially delivered its fiscal year 2018 "work plan" to Congress, detailing how the agency will spend $6.8 billion in 2018 appropriations within its Army Civil Works program.

The bulk of that funding – some $6.4 billion – is focused in five areas or "accounts," the agency said: investigations; construction; operation and maintenance; the Mississippi river and tributaries; and the formerly utilized sites remedial action program, dubbed "FUSRAP" for short.

The Corps said about $4.6 billion of that money within those five accounts is automatically dedicated to specific programs, projects and activities or "PPAs" with the agency allocating the remaining $1.8 billion.

Those $1.8 billion in allocations are described in its 2018 work plan and cover four broad areas:

The agency added that its work plan also aims to complete 39 feasibility studies, four projects in the preconstruction engineering and design phase, and 13 construction projects or elements of projects.

R. D. James, assistant secretary of the Army for civil works, noted that the Corps' budget funds the planning, design, construction, and operation and maintenance of water resources projects, with a focus on the highest performing work within the three main civil works mission areas: commercial navigation, flood and storm damage reduction, and aquatic ecosystem restoration.

James noted that the agency also funds programs that: contribute to the protection of the nation's waters and wetlands; the generation of low-cost renewable hydropower; the restoration of certain sites contaminated as a result of the nation's early atomic weapons development program; and emergency preparedness and training to respond to natural disasters, he said.