ConstructConnect: Total US Construction Starts for 2018 Predicted to be Down -0.2%

Forecast suggests 2019 total starts will rebound to 7.8% year over year, faster than the 7.1% previously expected 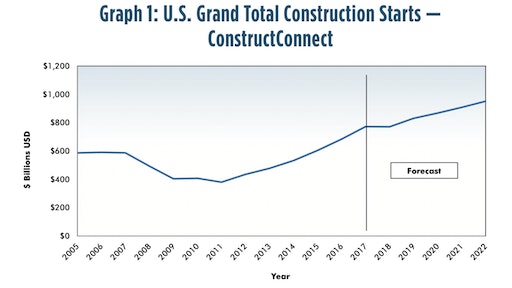 Total construction starts are expected to decline by 0.2% in 2018, before improving to 7.8% growth in 2019.
ConstructConnect

ConstructConnect, a leading provider of construction information and technology solutions in North America, announced today the release of its Fall 2018 Forecast and Quarterly Report. The forecast revealed minor revisions to its total construction starts from what was originally estimated last quarter. Total starts for 2018 over 2017 are now expected to be -0.2%, down slightly from the 0.4% figure previously calculated. 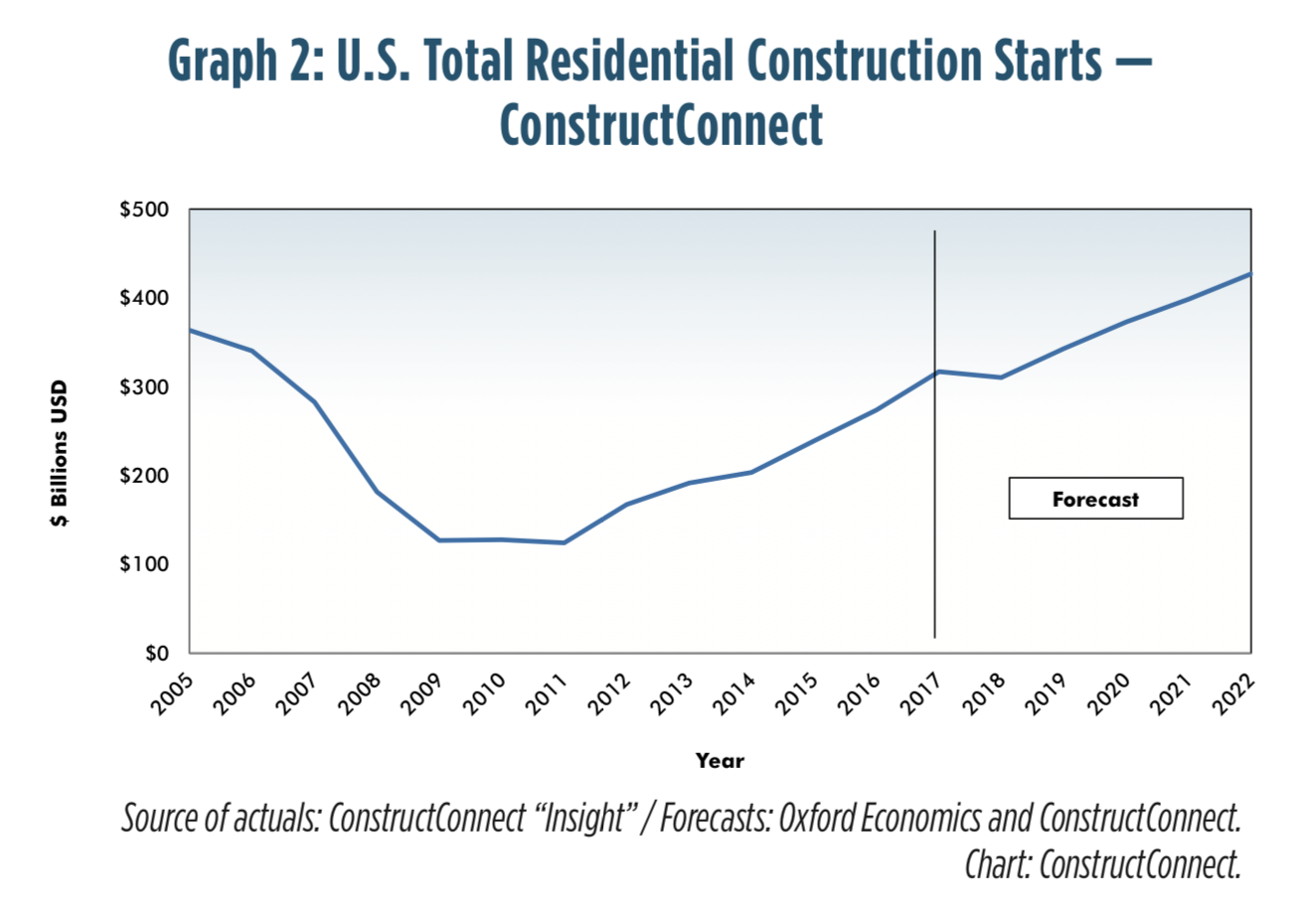 Single-family homebuilding will provide the major momentum this year and for the next several years. Multifamily residential groundbreakings will ease back in 2018, before resuming upward movement in 2019.ConstructConnectThe forecast suggested 2019 total starts will rebound to 7.8% year over year, faster than the 7.1% previously expected. Beyond 2019, the annual growth rate of total starts will settle down into a range of 4.5% to 5% out to 2022.

After a one-third increase in the 2017 starts, multifamily residential groundbreakings will ease back in 2018, before resuming upward movement in 2019 and beyond. Single-family homebuilding will provide the major momentum this year and for the next several years.

The demographics for single-family housing are encouraging, as family formations among millennials are spurring the desire for living space that transcends rental accommodation.

"The incentives to carry out capital spending at this time include numerous positive indicators: strong GDP growth accompanied by exceptional jobs creation and an almost record-low unemployment rate; a big cut in the tax rate and a bonus depreciation rate that are lifting corporate profitability; and a pervasive shift to rosier consumer and business confidence," explained ConstructConnect's Chief Economist Alex Carrick.

Nonresidential building starts fell by 3.4% year-on-year, but there were significant differences between the subsectors.ConstructConnectThe report indicates three economic concerns:

The forecast's regional projections revealed in 2019 Texas and Florida will have the largest percentage increases, with New York and California performing well.