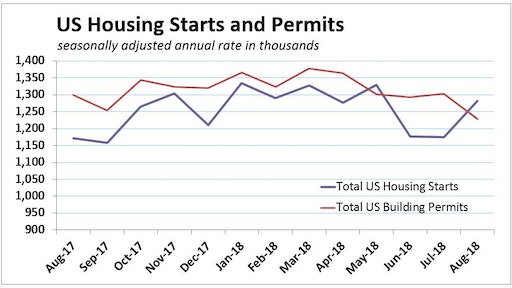 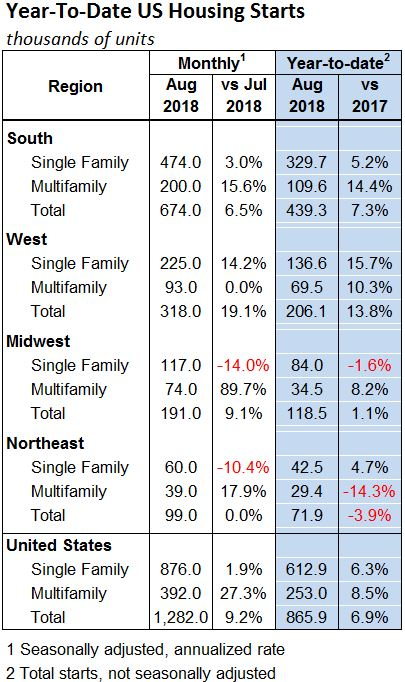 U.S. housing starts rose 9.2% in August, driven by an outsize leap in apartment building that masked weakening across single- and multifamily construction.

Monthly housing starts numbers are notoriously volatile. From the first of 2018, multifamily starts had trended down slightly through July. Multifamily starts year to date as of August, however, were 8.5% higher than the first eight months of 2017. The much larger category of single-family starts has been a bit more consistent, and the year-to-date total remains 6.9% above the same period last year.

The number of building permits issued tends to be a more stable measure, and can help predict future home construction volume. Total permits dropped 5.7% from July to August, with single-family permits down 6.1% 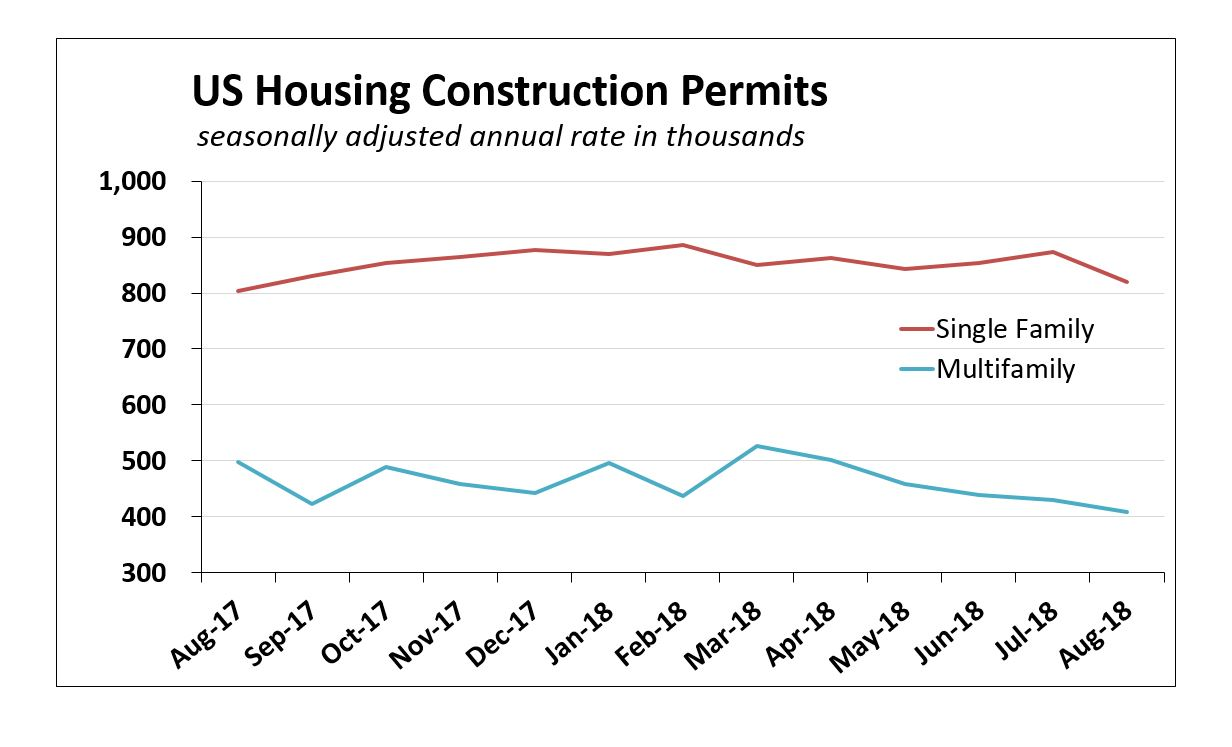 “Permits are now running below starts, suggesting homebuilding is losing 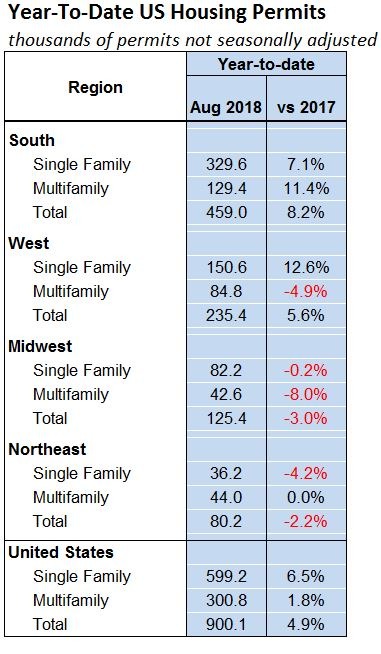 The National Association of Home Builders/Wells Fargo Housing Market Index (HMI), a measure of home-builder confidence, may portray current housing-market conditions best. Survey results build an index where any score over 50 indicates that more builders view conditions as good than poor. The September HMI came in at a solidly positive 67. But a close look at the NAHB’s graph of index history shows that HMI results have pretty consistently declined since before the first of the year.

Analysis from the Wall Street Journal 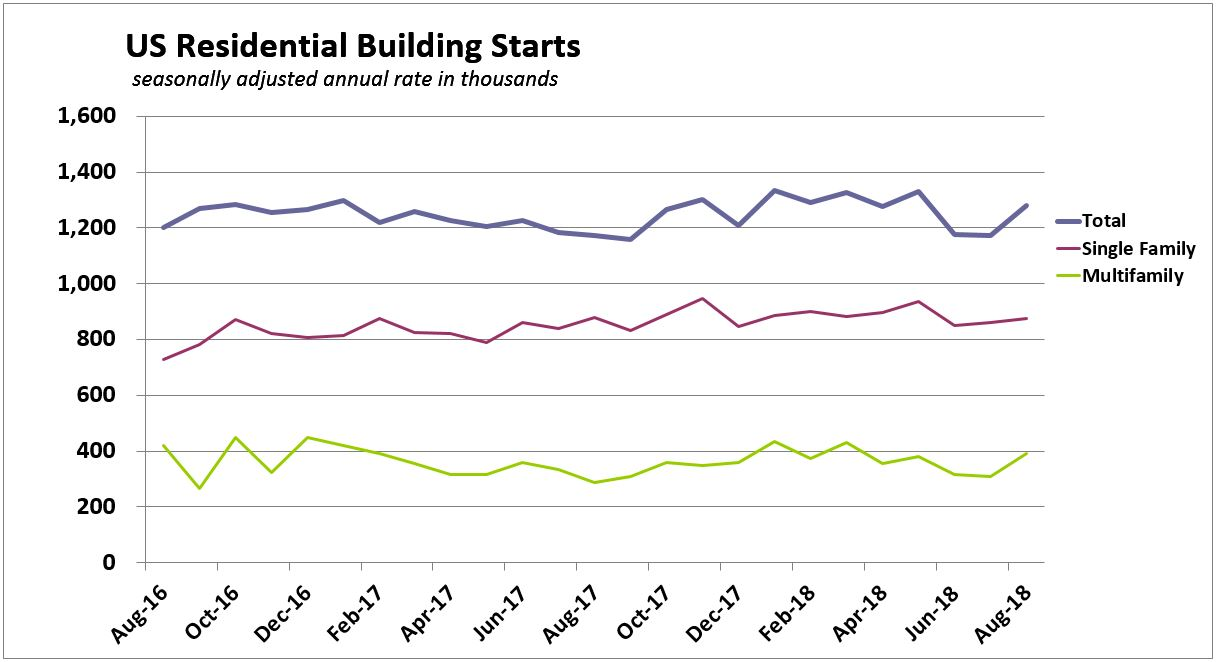