The Associated General Contractors of America and Associated Builders and Contractors issued statements condemning House passage of the PRO Act, which they claim will hurt the workers it’s intended to help. 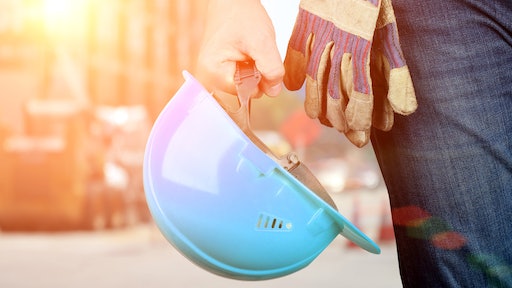 On March 9, the U.S. House of Representatives passed the Protecting the Right to Organize Act of 2021, or PRO Act, a bill designed to make it easier for employees to unionize and, according to President Joe Biden, will dramatically enhance worker’s ability to collectively bargain for better wages, benefits and working conditions. The bill is a key component of the Biden administration’s pro-union policy agenda.

Among other things, the PRO Act:

According to the legislative summary, the bill also allows collective bargaining agreements to require all employees represented by the bargaining unit to contribute fees to the labor organization for the cost of such representation, notwithstanding state (Right To Work) laws to the contrary; and includes prohibitions against replacement of, or discrimination against, workers who participate in strikes.

While the bill has obvious support from labor unions, many businesses and industry employers, including those in construction, have expressed grave concerns about a number of its components, arguing that the bill would actually prove detrimental to those it’s designed to help.

AFL-CIO: The PRO Act Is Our Next Frontier

Following House passage, Stephen E. Sandherr, CEO, Associated General Contractors of America (AGC), issued a scathing statement accusing House Democrats of voting “in favor of idling workers, stripping their privacy and denying them the opportunity to establish their own businesses.” He labeled many of the PRO Act’s provisions as “anti-worker, anti-privacy and anti-recovery.” For example, he noted the bill would deny workers the right to a private union election ballot. “It also forces employers to disclose private details about their workers to unions, including their home addresses, emails and shift schedules,” he adds.

“The measure authorizes a host of long-prohibited labor actions, including secondary boycotts, where unions can picket firms that are not involved in a dispute with that union. These boycotts will force many workers to suffer, without pay, for disputes where they do not stand to benefit,” he continued.

Sandherr's statement opposing the PRO Act also claims concern over what it calls the bill’s discrimination against independent contractors. A provision of the PRO Act, intended to prevent worker misclassification under the National Labor Relations Act, could, in effect, make it more difficult for independent contractors to maintain their status as non-employees. “This means workers will no longer be able to successfully establish their own businesses and become their own bosses,” Sandherr asserted.

Sandherr predicted that, if enacted, the broader impact of the PRO Act would be “a new era of labor unrest that will stifle future economic activity and job growth. Instead of helping deliver higher wages and better benefits, the PRO Act will provide labor uncertainty, stagnant economic growth and diminished entrepreneurial opportunity.”

Michael Bellaman, president and CEO of "the voice of the merit shop in the construction industry" the Associated Builders and Contractors, echoed many of Sandherr’s concerns, stating, “It is an absolute shame that House Democrats would vote to strip workers of their privacy, freedom and choice.” He claimed the legislation and its “radical provisions” would force the closure of thousands of small businesses and the loss of hundreds of thousands of jobs and employee rights.

Still Open for Business: Unionization Has No Effect on Firm Closures

According to Bellaman, under the bill’s provisions, the 87% of construction workers who choose not to join a union could be forced to pay union dues as a condition of employment. This and other consequences of the bill could hamper construction's ability to fill vital roles.

"In a time of economic recovery, lawmakers should be working collaboratively and productively on legislation that will help our employees achieve their career dreams," he added. "The PRO Act is the farthest cry from the solution that our economy, businesses and workers need.”

Unions raise productivity 17% to 38% in the construction sector

The PRO Act passed in the House with a 225-206 vote, but appears far less likely to advance in the Senate given the lack of support among Republicans legislators. The AGC and other industry organizations plan to continue to oppose the measure and work to ensure Senate passage does indeed fail.