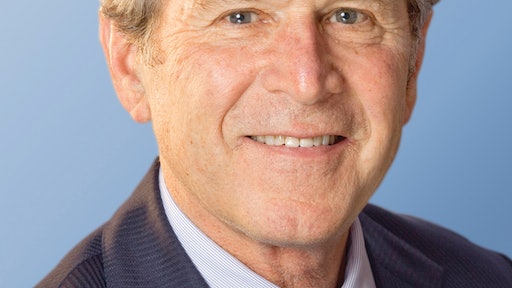 President George W. Bush will be the keynote speaker at the President's Breakfast & NTEA Annual Meeting at The Work Truck Show 2012.

President Bush served as commander in chief for two consecutive terms from 2001 to 2008. Prior to his presidency, he served for six years as governor of Texas. He was the first governor in Texas history to be elected to consecutive terms.

At The Work Truck Show, the 43rd president of the United States will offer his insights into the challenges facing our nation in the 21st century, the power of freedom, the role of faith and other timely and pressing issues.

"President Bush led this country through times of great economic growth, as well as times of national tragedy," says Frank Livas, NTEA 2012 convention chairman and senior vice president of Brake & Clutch, Inc. (Salem, MA). "It is a privilege to have him address our members and event attendees. We look forward to hearing his reflections on the presidency and his thoughts on leadership and decision-making."

During his presidency, he promoted reform policies on the economy, health care, education and social security, and implemented free trade agreements with more than a dozen nations. He signed into law broad tax cuts, and during his tenure, the United States recorded the lowest unemployment rates since WWII, with 52 straight months of job creation.

President Bush was in office on September 11, 2001, when terrorists attacked the United States. In response, he created the Department of Homeland Security and signed into law the USA Patriot Act. Since 2009, he has worked on developing the George W. Bush Presidential Center at Southern Methodist University in Dallas, Texas, which includes the Presidential Library and Museum, Archives, and the George W. Bush Institute.  President Bush is a sought-after speaker and recent author of the book Decision Points.

President Bush will be the second former U.S. president to address The Work Truck Show. His father, President George H.W. Bush, was the keynote speaker in 2004.