AGC contractors say they will raise bids and cut employment, just as the industry is showing recovery 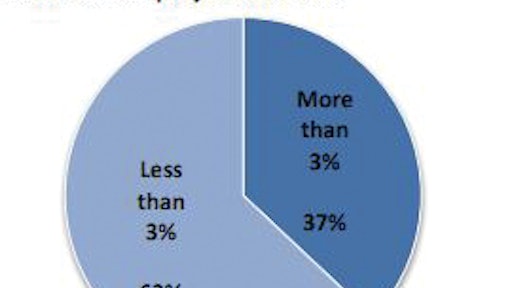 63% of AGC contractors say their profit on government contracts is 3% or less, meaning the withholding rule will force tehm to carry a loss until their taxes for the year are paid.

Even as new construction employment data shows more states adding construction jobs in September than losing construction jobs, a new federal tax withholding measure threatens to undermine construction hiring and punish taxpayers, according to analyses by the Associated General Contractors of America. The federal rule will force all large municipalities and school districts, all states and all federal agencies to withhold 3 percent of every payment to every contractor until contractors finalize their tax returns for the year.

“The last things the construction industry needs are measures that will make it harder for construction firms to hire, raise capital, invest in new equipment and, ultimately, succeed,” said Ken Simonson, the association’s chief economist. “Unfortunately, a new federal tax withholding measure will devastate a construction industry on the brink of recovery.”

Association officials cautioned, however, that  construction employment gains would likely be jeopardized by the new federal 3 percent withholding rule starting in 2013.

According to a nationwide construction industry survey the association conducted, 55 percent of construction firms report that public projects accounted for more than half of their revenue in 2010. Meanwhile, 63 percent of firms report that their average profit margin for public projects was less than 3 percent. This will force contractors to carry a loss on public work for months each year.

“The more contractors are forced to temporarily plug budget holes, the more the economy will suffer,” said Stephen E. Sandherr, the association’s Chief Executive Officer. “This is nothing but an interest-free loan from contractors back to the federal government.”

The measure won’t just hurt construction firms and workers, Sandherr added. He noted that 67 percent of firms report they will increase the amount they charge for public construction projects because of the measure. Another 11 percent plan to bid on fewer public projects because of the tax withholding rule. Fewer bidders and higher bid levels mean taxpayers will have to pay more for public construction projects, the association head noted.

Sandherr added that it was encouraging that many officials in Washington have begun to appreciate just how devastating the tax withholding measure will be for employers and the economy. He said the House of Representatives was planning to vote for a full-repeal of the tax measure as early as the week of October 24th.

He added that 57 Senators voted to allow legislation to repeal the tax withholding measure to move forward in the Senate last night. Unfortunately, the measure needed 60 votes to proceed. Assuming similar repeal legislation passes in the House next week, Sandherr said he hopes the Senate will again consider, and this time pass, this desperately needed measure.

“Helping businesses hire and expand ought to be more important than forcing them to make an interest-free loan to the federal government,” Sandherr said. “After all, the only reason this measure was enacted in the first place was to give Congress an extra $12 billion in temporary funds.”

Over 1,300 construction firms from every state, the District of Columbia and Puerto Rico participated in the survey regarding the 3 percent tax withholding rule, Sandherr noted. He said the survey was conducted during the summer, and that construction firms were asked to answer a series of questions on-line. He noted that the cross-section of firms responding to the survey closely mirrors the broader industry.

Click here for an analysis of the survey results.