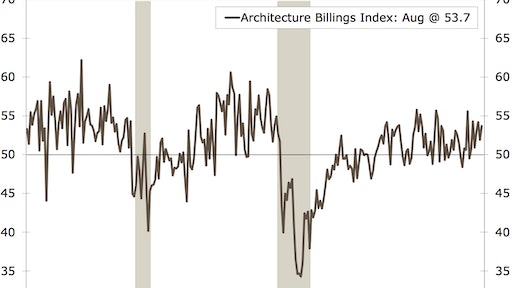 August is the seventh consecutive month the ABI has reflected a growing demand for services.
Wells Fargo Securities

With all geographic regions and building project sectors showing positive conditions, there continues to be a heightened level of demand for design services signaled in the latest Architecture Billings Index (ABI). This is now the seventh consecutive month the ABI has reflected a growing demand for services.  As a leading economic indicator of construction activity, the ABI reflects the approximate 9- to 12-month lead time between architecture billings and construction spending.

The American Institute of Architects (AIA) reported the August ABI score was 53.7, up from a score of 51.9 in the previous month. This score reflects an increase in design services provided by U.S. architecture firms (any score above 50 indicates an increase in billings). The new projects inquiry index was 62.5, up from a reading of 59.5 the previous month, while the new design contracts index eased somewhat from 56.4 to 54.2. 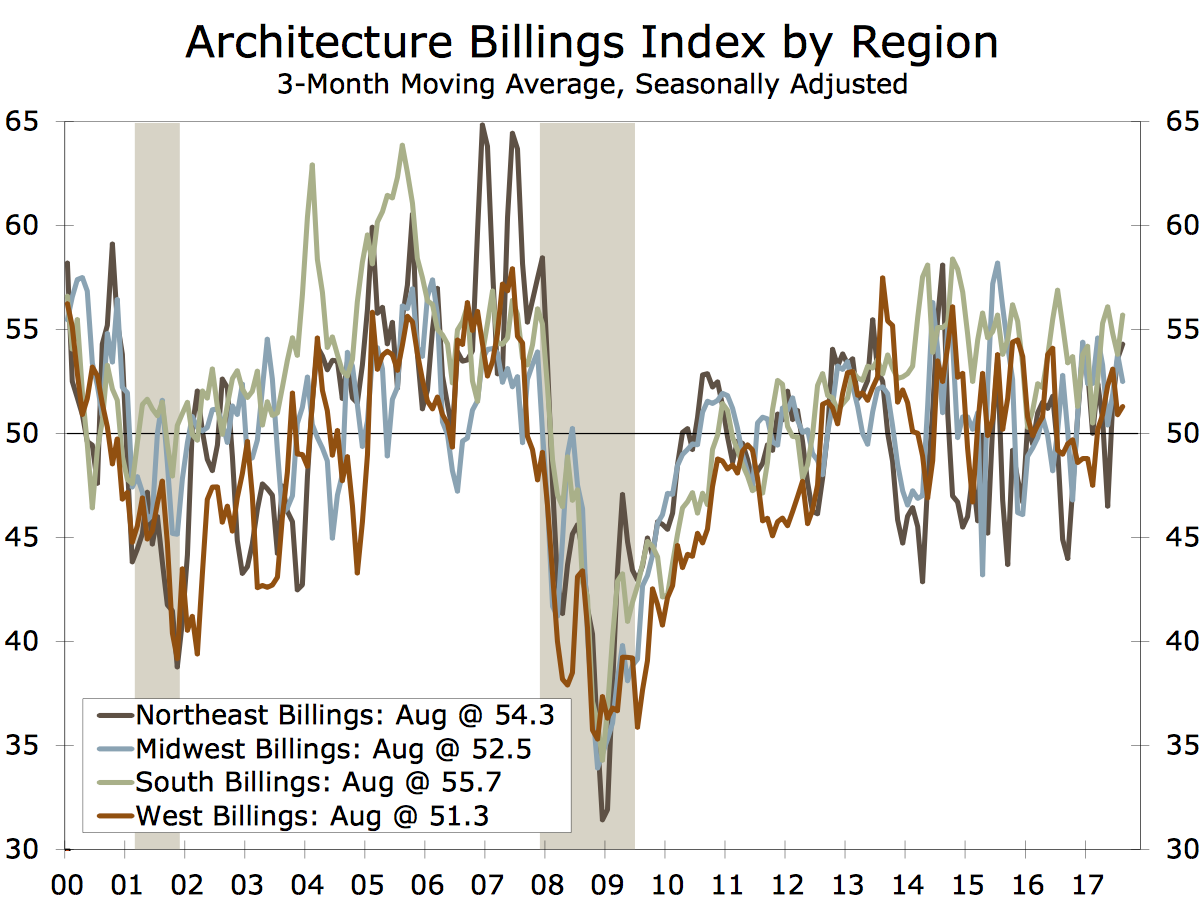 “The August results continue a string of very positive readings from the design professions, pointing to future healthy growth across the major construction sectors, as well as across the major regions of the country,” said AIA Chief Economist, Kermit Baker, Hon. AIA, PhD. “Given the focus and discussions around the infrastructure needs of the nation, we expect strong growth in design activity for the coming months and years.” 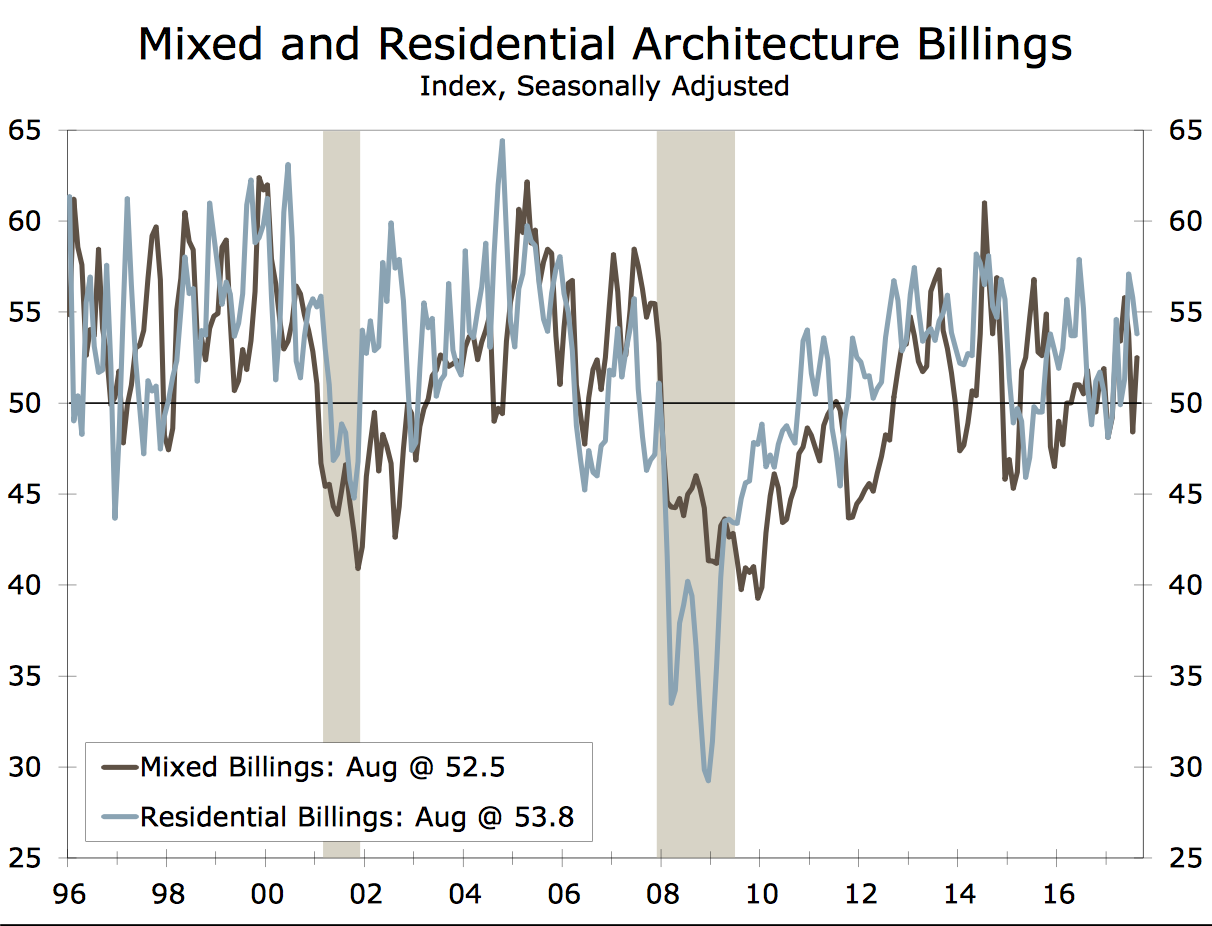 Once again all four major sectors also reflected increases in billing for August. Commercial/industrial was at 57.6 on the ABI, and increase from it's 55.4 July reading. Multifamily residential came in at 53.8, a dip from it's 55.8 July reading but once again still in positive territory. Mixed practice registered at 52.5 compared to 48.4 in July, and institutional was at 50.1 in August. Institutional did drop from its 52 July reading, but like multifamily it still reflects an increase in the monthly billings. 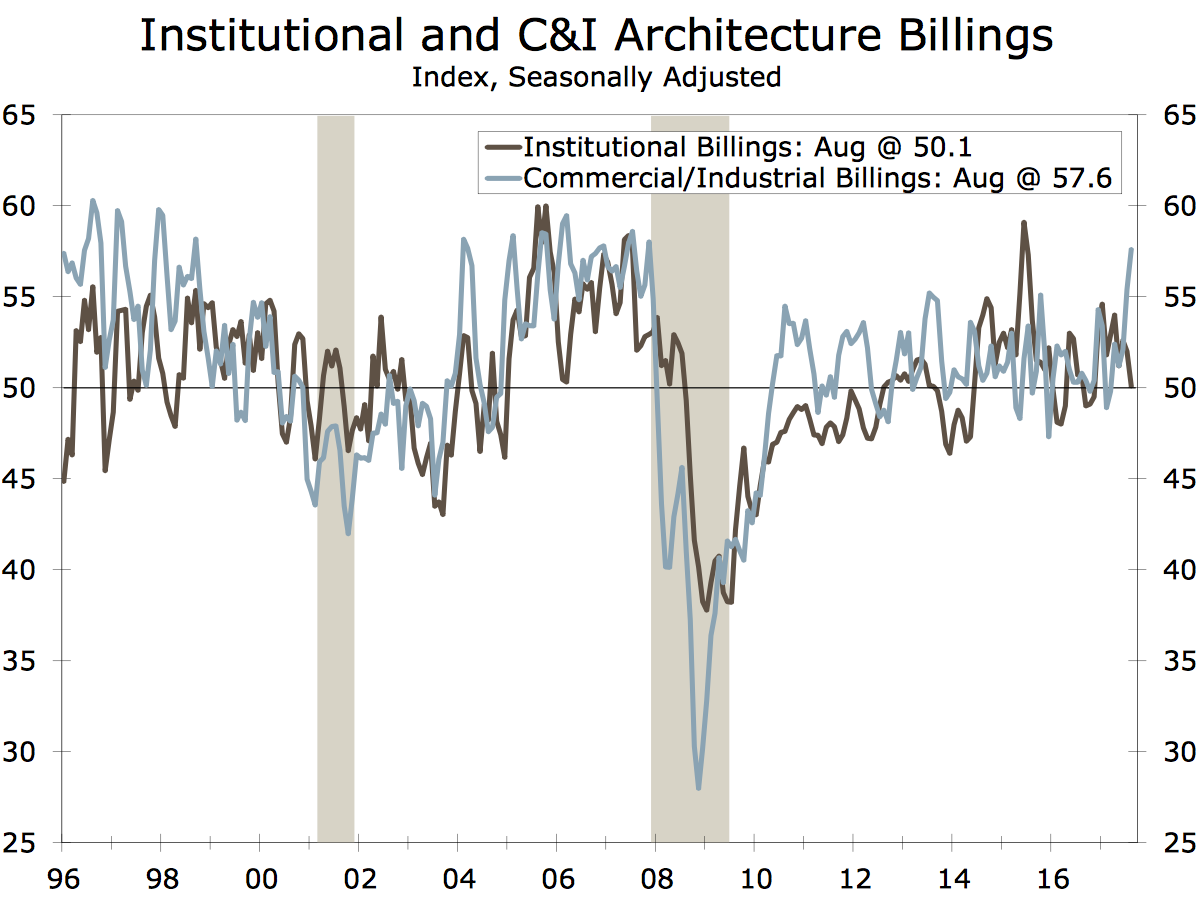 The institutional sector was positive in August but had a lower ABI compare to July while commercial/industrial saw in increase in its ABI score.Wells Fargo Securities

If you’re unable to stop criminals from getting onto your jobsite, the next best thing you can do is put roadblocks in place to slow them down in the act.
Pro-Vigil
May 4, 2021
Follow Us