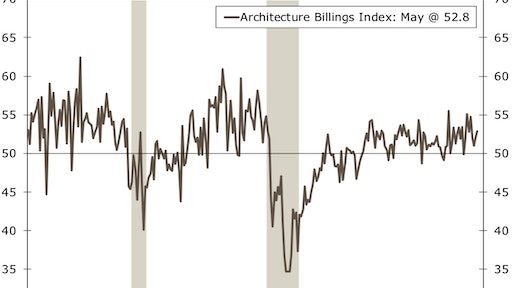 The ABI expanded 0.8 point to 52.8 in May.
Wells Fargo Securities

Architecture firm billings grew in May, marking the eighth consecutive month of solid growth, according to a new American Institute of Architects (AIA) report. 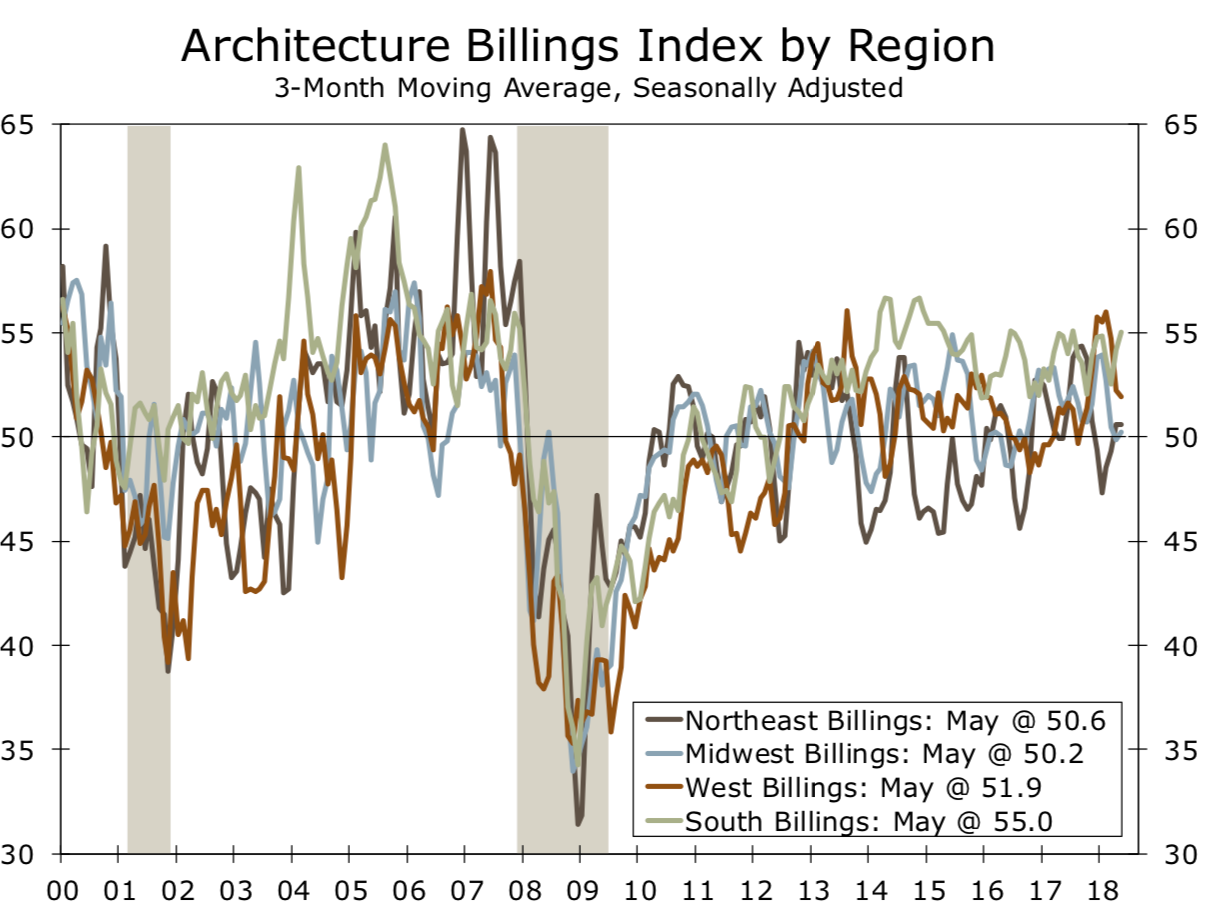 The South and West maintained their rank as the strongest two regions for architecture billings for a seventh straight month. The Midwest index, which has been lagging, rose above 50 in May, putting all four regions in expansion territory.Wells Fargo Securities

Overall, the AIA’s Architecture Billings Index (ABI) score for May was 52.8 (any score over 50 is billings growth), which shows that demand for services from architecture firms continues to be healthy. The ABI also indicated that business conditions remain strong at firms located in the South and West, while growth in billings was modest at firms in the Northeast and Midwest.

The project inquiries index was at 59.3 in May while the design contracts index was at 53.3 for the month. Both of these indexes were higher compared to their April readings. 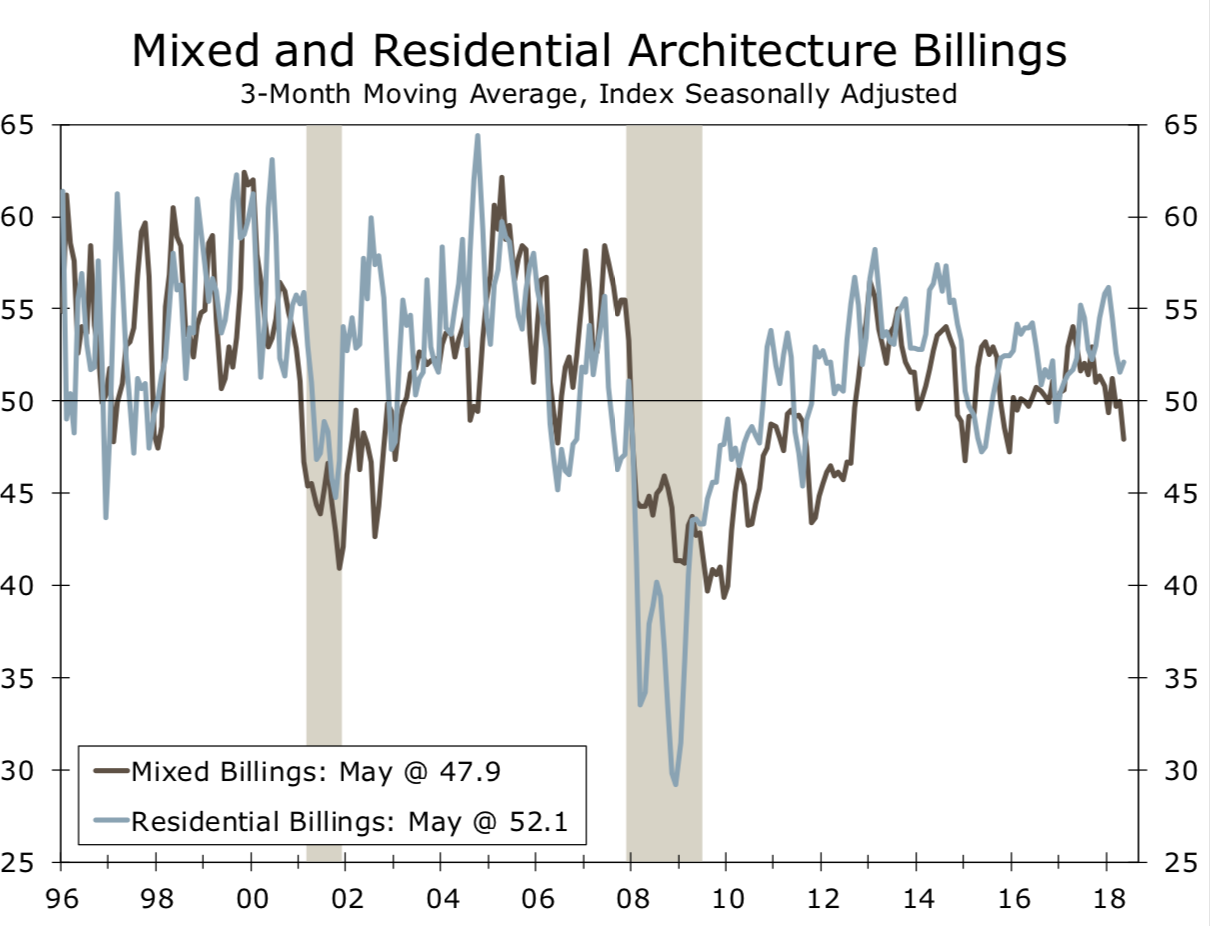 While the ABI has lost some ground since reaching a recent high of 55.1 in November, the index has remained above the key 50 breakeven threshold for the past eight months, signaling that there are still many construction projects working their way through the pipeline.Wells Fargo Securities

“Architecture firms continue to have plenty of work as they enter the busiest part of the design and construction season,” said AIA Chief Economist Kermit Baker, Hon. AIA, PhD. “This is especially true for firms serving the institutional building sector, which reported their strongest growth in billings in several years.”

The regional averages were all above the 50 threshold. The South was highest at 55 followed by the West at 51.9, the Northeast at 50.6 and the Midwest at 50.2. The West was the only region that dropped lower than its April ABI reading. 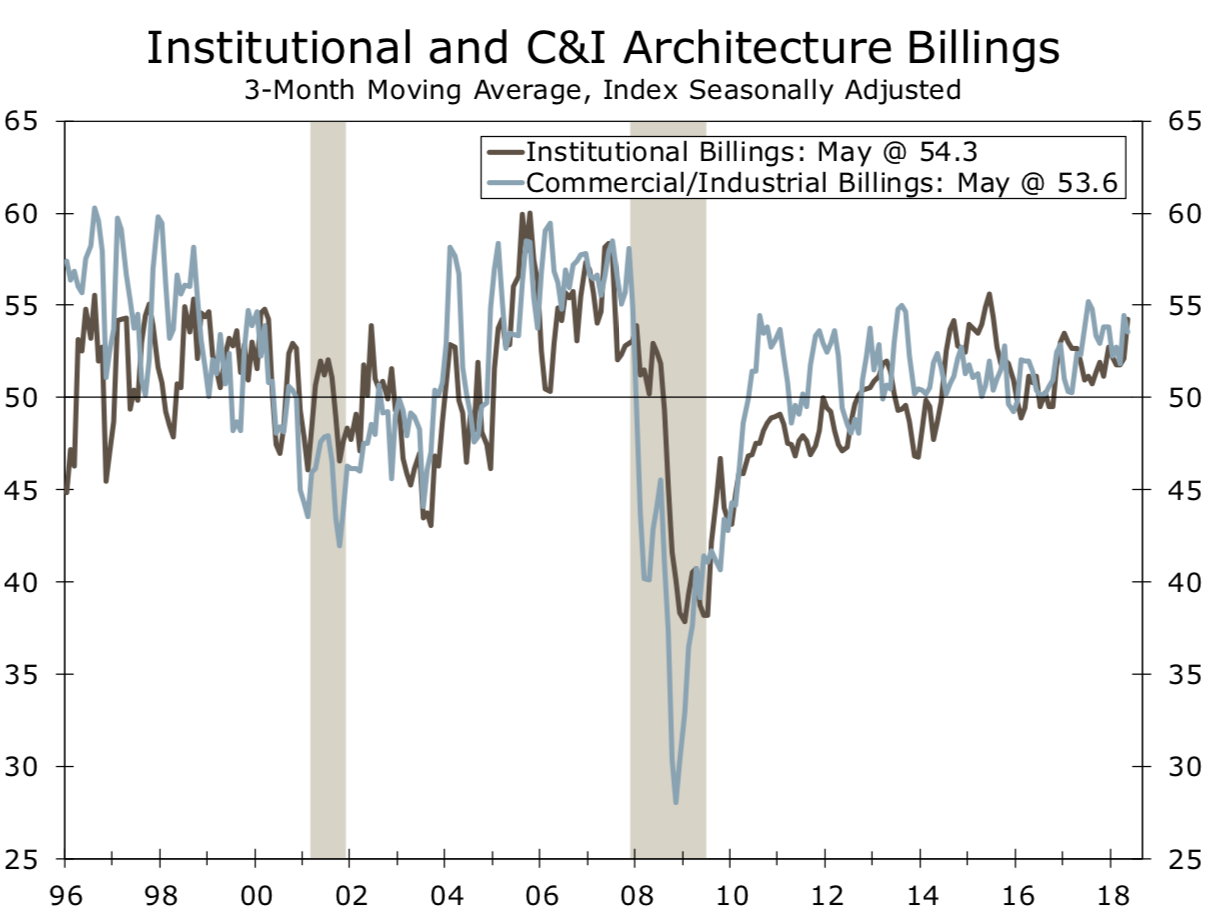 The regional and sector categories above are calculated as a three-month moving average, whereas the national index, design contracts, and inquiries are monthly numbers.

Here's why the most-read construction stories include when to use walk-behind trenchers, stand-on skid steers, and vacuum excavators, how to keep construction material delivery accountable, another measure of construction’s supply problem
Alexis Brumm
Larry Stewart
May 14th, 2021

It's more important now than ever before to have the best equipment in your fleet to stay competitive. These Top 30 Products represent both the tried and true and the new and improved.
Jessica Lombardo
May 6th, 2021
Latest

Simple passwords are dangerous to all users, but businesses and their employees need to take extra care when it comes to cybersecurity.
May 13th, 2021

Heidi Lehmann of Kenzen talks about how her company’s body monitoring devices and technology keep construction workers safe on the job site.
Gigi Wood
May 11th, 2021

There were 13 projects with a value of $100 million or more that entered planning in April, pushing the Index upward by 8.6%.
Dodge Data & Analytics
May 7th, 2021

A look at 15 high-pay construction jobs provides insight into the financial benefits of construction careers – and could be a useful tool to attract new hires.
Becky Schultz
May 7th, 2021

Takeuchi-US has presented Parman Tractor & Equipment of Nashville, Tenn., with an award for having the largest market share growth of all Takeuchi dealers in North America during 2020.
Takeuchi-US
May 5th, 2021

The Construction News Tracker is the industry's only regular newscast featuring developing and breaking news, products, information, and industry analysis specifically for construction professionals.
May 1st, 2021
Follow Us