Construction Employment Increases in 38 States Between March 2018 and 2019 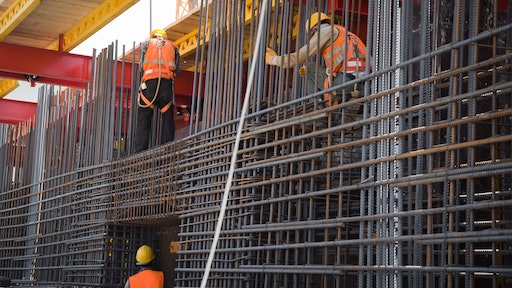 Thirty-eight states added construction jobs between March 2018 and March 2019, while construction employment increased in 29 states between February and March, according to an Associated General Contractors of America (AGC) analysis of Labor Department data. Association officials said the widespread gains show demand for workers remains strong and urged federal officials to enact immigration reforms to boost the supply of qualified workers.

“Although construction has added jobs in many states at a higher rate than the private sector as a whole in the past year, the record number of job openings at the end of February shows contractors would add even more workers if they could,” stated chief economist Ken Simonson. “There is no sign of a let-up in the demand for construction workers.”

West Virginia added the highest percentage of construction jobs over 12 months, followed by:

Eleven states and the District of Columbia shed construction jobs over the latest 12 months, while construction employment was unchanged in Nebraska. The largest job loss took place in Louisiana (-7,900 jobs, -5.2%), followed by: 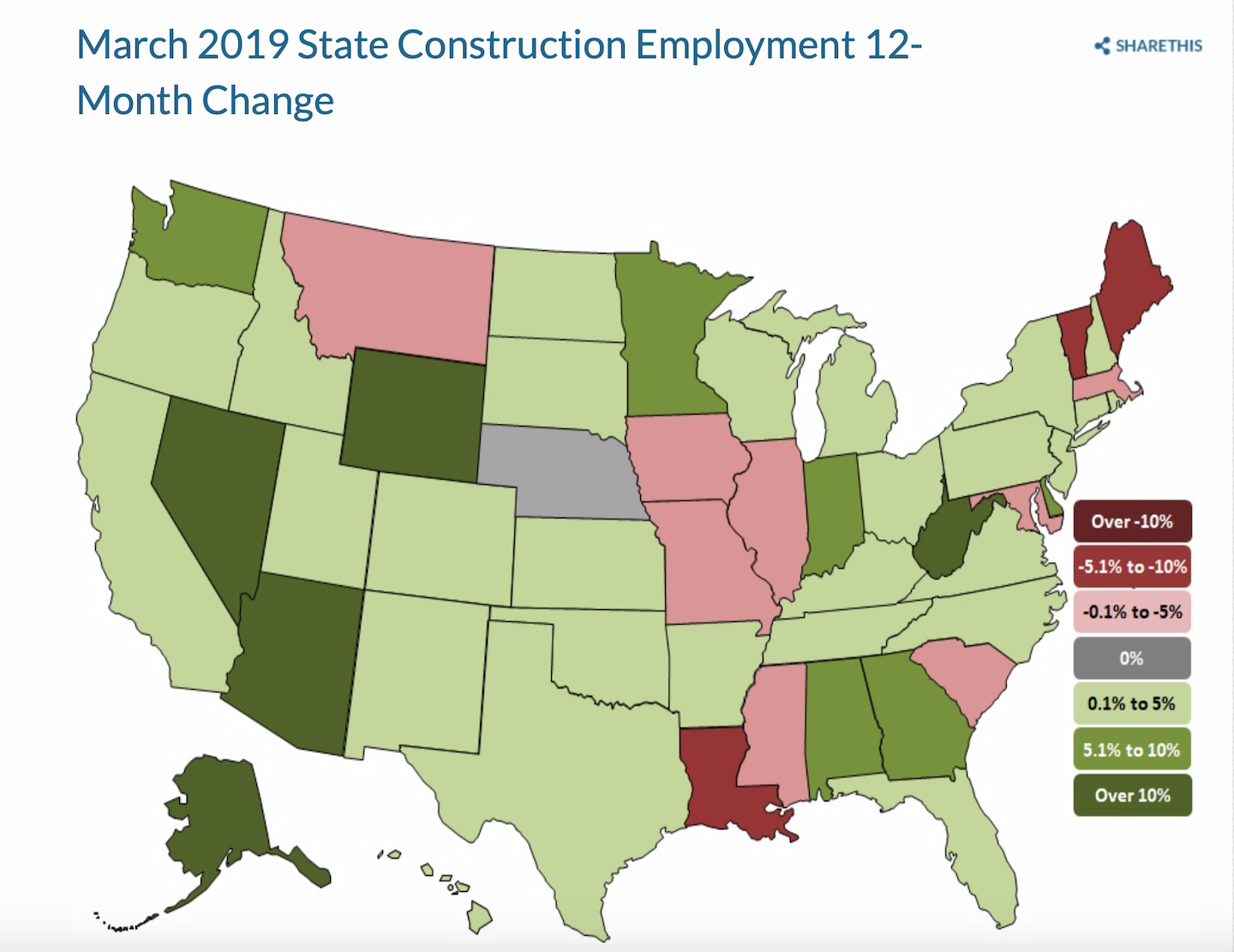 Among the 29 states with one-month construction job gains between February and March, Washington added the largest number and percentage (14,800 jobs, 6.6%). Other states adding large numbers of construction employees included:

Construction employment decreased from February to March in 18 states and D.C. and was unchanged in Maine, Montana and New Hampshire. Pennsylvania lost the most construction jobs for the month (-1,800 jobs, -0.7%), followed by:

Association officials said the record number of job openings in construction indicates the urgency of putting in place a way for contractors to bring qualified guest workers into the country, coupled with strict safeguards for American jobs and reduced incentives for individuals to enter the country illegally. They called on Congress and the president to enact legislation such as the recently introduced Workforce for an Expanding Economy Act.

“Contractors are struggling to find enough qualified workers to hire in order to keep pace with the ongoing demand for construction,” said Stephen E. Sandherr, the association’s chief executive officer. “Allowing employers to bring in guest workers for positions that can’t be filled otherwise will help keep the economy expanding.

How Built For Contractors integrates with your software to automate the lien paper trail, speeding up payments and slashes administrative burdens.
September 7, 2020
Follow Us