Total private residential construction spending was up 2.0% for the month after four consecutive monthly decreases. 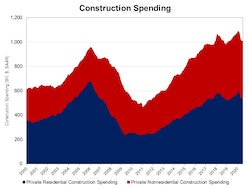 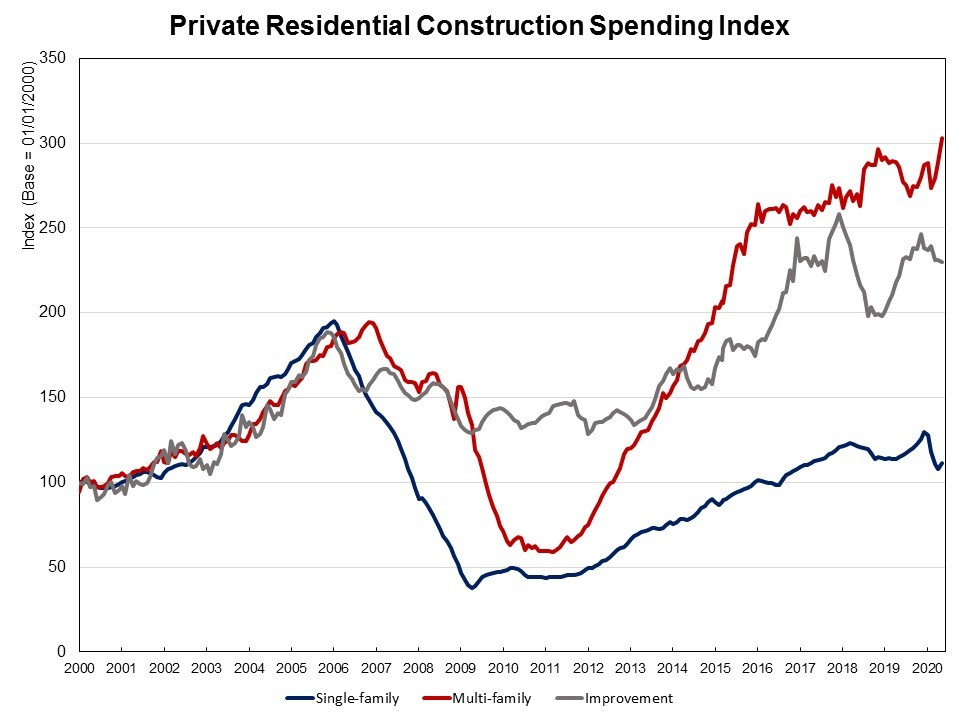