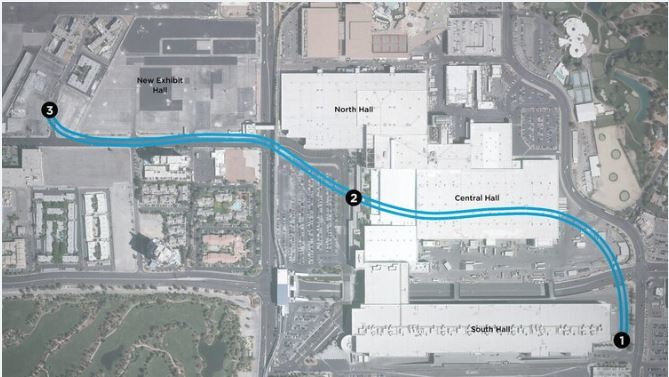 The Boring Company's boring machine broke through the concrete wall near the 1.4 million square foot West Hall convention center expansion, which is currently more than 80% complete, signaling the completion of excavation for the two one-way tunnels 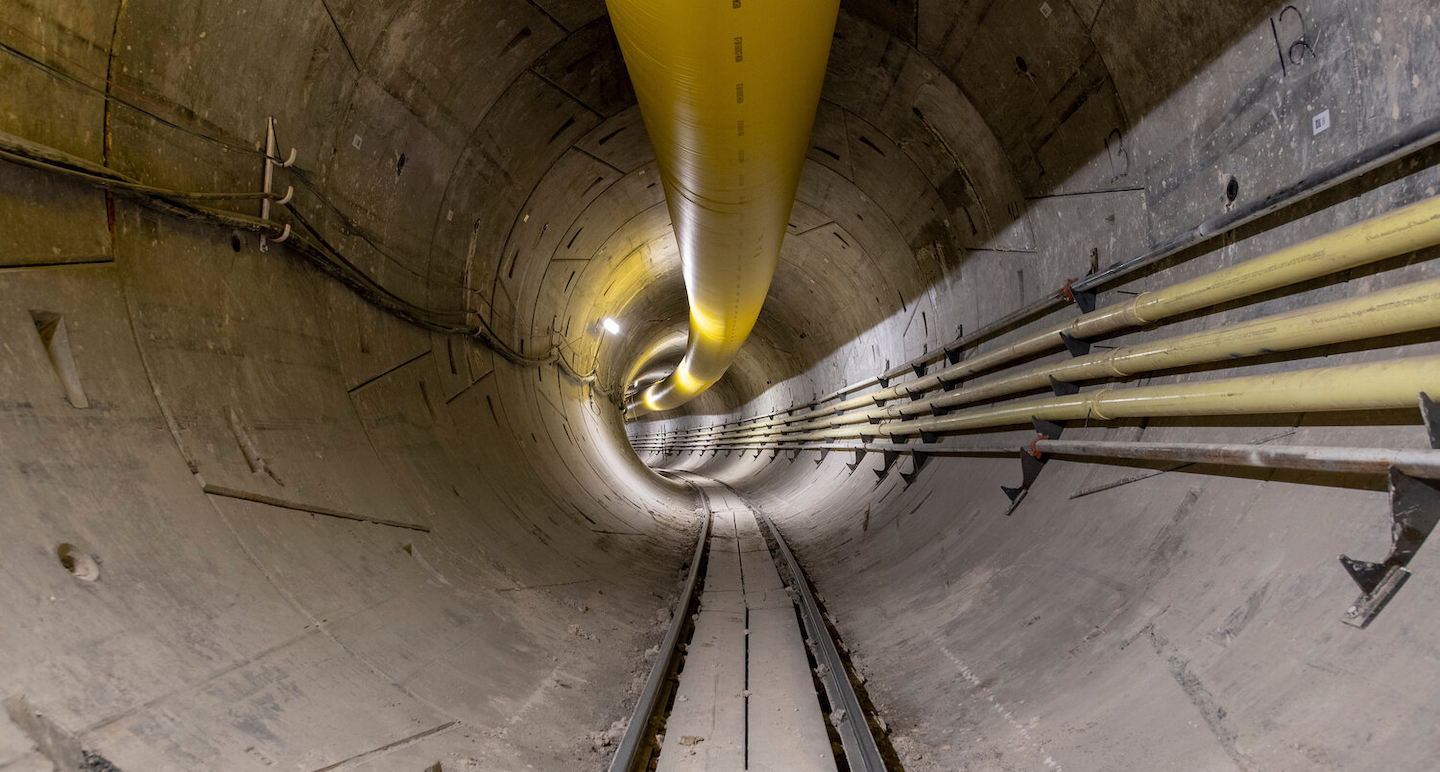 Typical walk time between the New Exhibit Hall to the existing North/Central Hall can take up to 15 minutes. The same trip on LVCC Loop will take approximately 1 minute. Loop is a high-speed underground public transportation system in which passengers are transported via compatible autonomous electric vehicles (AEVs) at up to 155 miles per hour. Standard AEVs are Tesla Model X and Model 3 vehicles. High-occupancy AEVs use a modified Tesla Model 3 chassis to transport up to 16 passengers with both sitting and standing room.

The LVCC project is a test bed for Musk's boring-cost innovations, facilitated by using the AEVs. Here's how The Boring Company's web site makes its case for reducing tunnel boring costs:

"First, we reduced the tunnel diameter. The current standard for a one-lane tunnel is approximately 28 feet. By using autonomous electric vehicles (AEVs), the diameter can be reduced to less than 14 feet. Reducing the diameter in half reduces tunneling costs by 3-4 times.

"Second, we’re working to significantly increase the speed of the tunnel boring machine (TBM). TBMs are super slow. A snail is effectively 14 times faster than a soft-soil TBM. Our goal is to defeat the snail in a race. Ways to increase TBM speed:

The West Hall expansion and Convention Center Loop are scheduled to debut to the public in January 2021 and are part of the destination’s investment in bringing fun and groundbreaking transportation solutions to the meetings and conventions industry.

“This milestone not only helps usher in the future of transportation in Las Vegas, but it signals the destination’s ability to push through during trying times and continue to meet the evolving needs of our visitors,” said Steve Hill, LVCVA CEO and president.  “Las Vegas continues to break through boundaries, and we look forward to offering this first-of-its-kind transportation solution to our convention attendees.”The first commercial endeavor for Musk’s company, the $52.5 million project will allow convention attendees to be whisked across the 200-acre campus in under two minutes, free of charge, in all-electric Tesla vehicles. Construction is already underway on all three passenger stations in the system.

Construction on the project has moved swiftly. The Las Vegas Convention and Visitors Authority (LVCVA) moved from board approval to completing the excavation of both tunnels (two 4,500 ft. journeys) in less than one year, proving that Las Vegas embraces new ideas and quickly executes them to meet the evolving needs of visitors.

The Las Vegas Convention and Visitors Authority (LVCVA) is charged with marketing Southern Nevada as a tourism and convention destination worldwide and with operating the Las Vegas Convention Center.  With nearly 150,000 hotel rooms in Las Vegas alone and more than 11 million square feet of meeting and exhibit space citywide, the LVCVA's mission centers on attracting leisure and business visitors to the area.