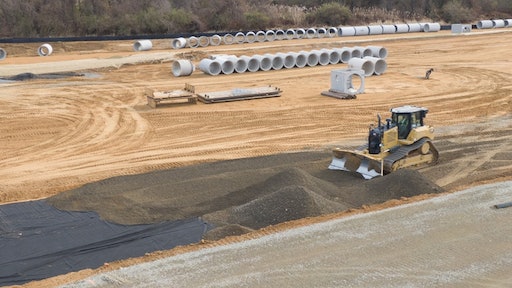 Delaware City Logistics Park is a two million-square-foot modern distribution and fulfillment park that enables corporate tenants to serve millions of customers across the Eastern United States and Canada every day. Strategically located south of Wilmington near the fragile Delaware River Watershed, a robust stormwater management system from Rinker Materials was installed by Corrado Construction to protect the 190-acre property and four-building campus from flooding.

“Although initially requested as HDPE, several long and critical pipe runs were switched to RCP just prior to starting.”
-Richard Scrivener, project manager at Corrado Construction

The $136-million project owned by Northpoint Development features a stormwater management system designed by Duffield and Associates that was constructed using a combination of round and elliptical reinforced concrete pipe (RCP). Nearly 9,000 linear feet of round RCP ranging in diameter from 12 in. to 54 in., and 29 in. by 45 in. through 38 in. by 60 in. elliptical RCP make up the drainage system, which will easily accommodate the 45” of annual rain and one foot of annual snow in the area each year.

“Although initially requested as HDPE (high-density polyethylene pipe), several long and critical pipe runs were switched to RCP just prior to starting,” said Richard Scrivener, project manager at Corrado Construction. “Rinker was very responsive to these changes and got us the material we needed quickly, allowing us to stay ahead of the winter weather on a time-sensitive project. The large scale and short timeline of this project was challenging, but the Rinker team was critical in getting the job completed on schedule and on budget." The last-minute change from HDPE to RCP involved about 4,000 LF of pipe. 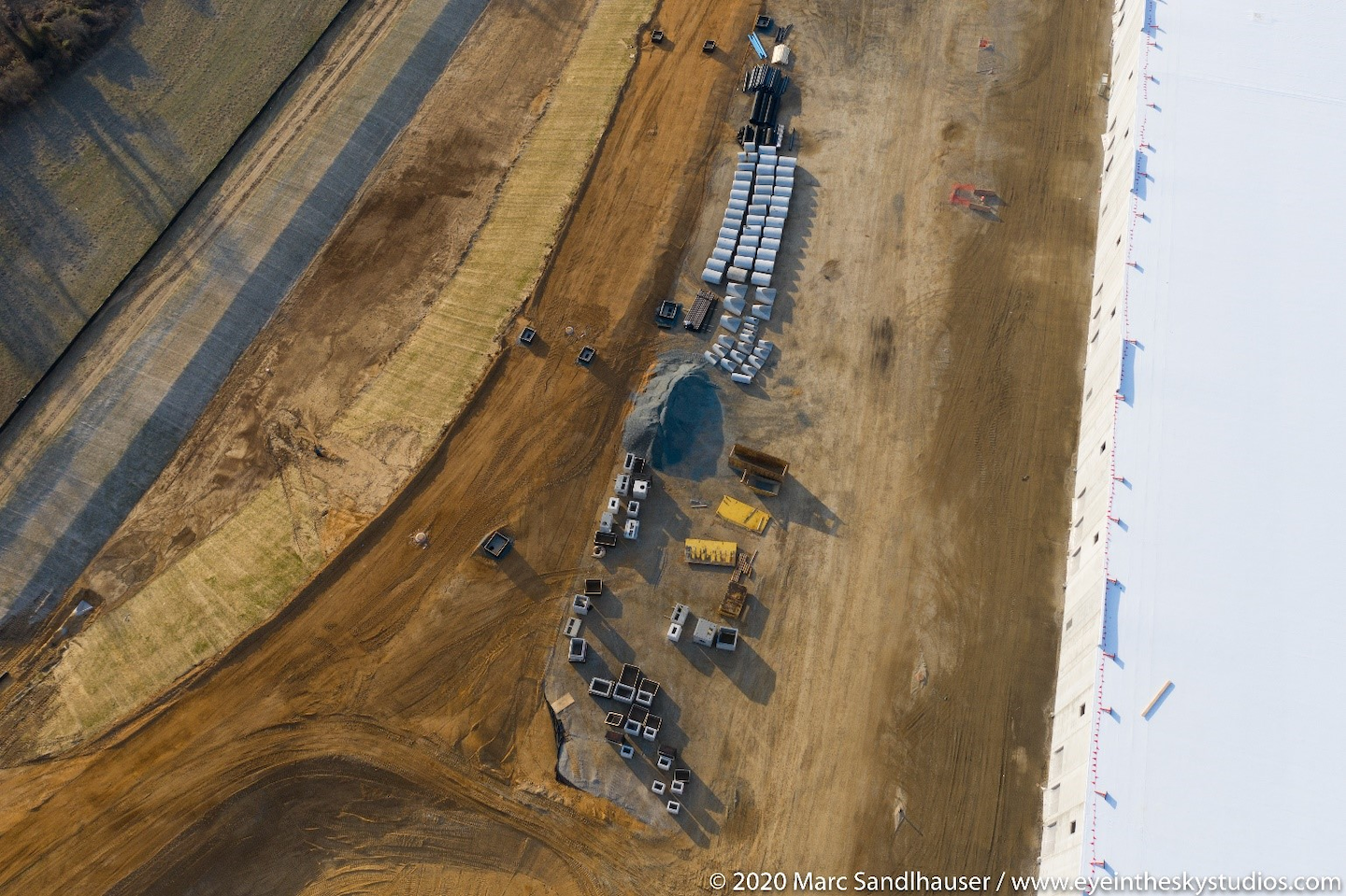 Todd Frey, senior project manager at Duffield and Associates - the designers of the project - explains that the change paired with one of the challenges they had to overcome dealt with stormwater management; regulations noted that the first flush could not leave the site and it had to be in smaller, environmentally sensitive facilities. "Reinforced concrete was used at a number of locations because it was the product of choice and was a more resilient option in areas such as pond outfalls," says Frey. "Plastic was used in some areas to save money but not in areas where there was heavier truck loading on a frequent basis."

"We were able to work with Rinker to get the material onsite to begin work on these outfalls, which were the very first item of work needed to kick off the project. They were accommodating to the changing needs of our crews as weather and sequencing adjustments came up, and they made sure we could always keep going," says Scrivener.

While a number of various machines were also used in the project, the distinctive yellow of CAT equipment stood out. Corrado Construction utilized a CAT 336 excavator, CAT IT38 Rubber Tire Loader, a pair of jump tramps, as well as a CAT 563 Dirt Roller. 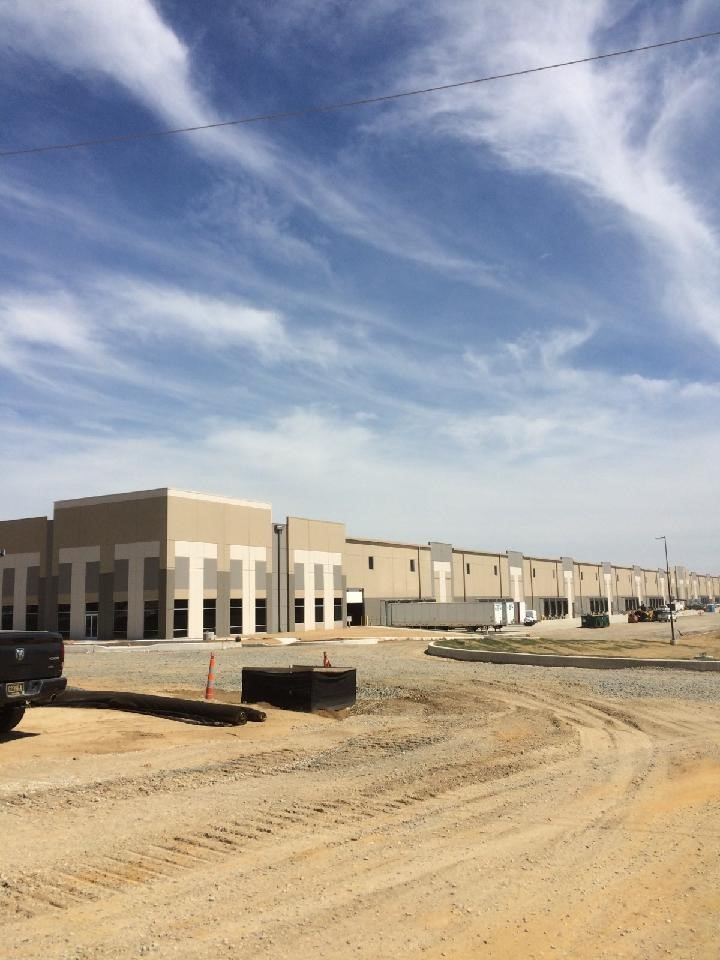 With the cold winter months looming on the calendar, Scrivener mentions that the biggest challenge was timing. "The client needed a building pad...but before the building work could begin, the site stormwater system needed to be installed to control drainage at the site," he says. "Permits could not be released to start any building construction until the outfall infrastructure was in place."

The stormwater system consisted of three large infiltration ponds and one dry pond, along with the associated storm piping. Scrivener explains that the outfall piping from the ponds were all specified as RCP.

“We saw this property as a unique opportunity to capitalize on the positive momentum of the regional market and the limited supply of sites to accommodate large scale development. The strategic location and access to a plentiful and capable workforce provides a terrific opportunity for the modern industrial occupiers whose demands we are building to meet,” said Johan Henrikson, vice president of development with Northpoint, in a statement when the deal was announced.

Discover ways to reduce your environmental footprint and save money.
May 13, 2021
Latest

Architects on the renovation of a 280-year-old New Hampshire church utilize the non-destructive investigation technique to save time and money in the construction of the church's expansion.
Geophysical Survey Systems (GSSI)
April 27, 2021
Follow Us