The 37- and 40-meter models will be produced at the company's new manufacturing facility in Peachtree City, Georgia. 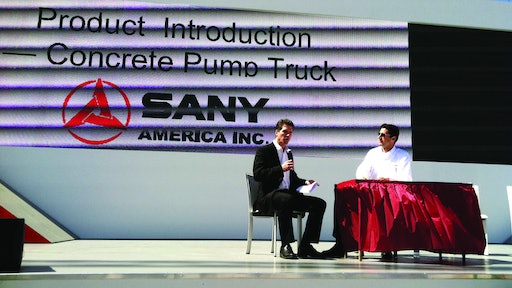 David Wright, left, is the engineering manager for concrete pumps at SANY America. The company announced the introduction of two pumps trucks to the North American market during CONEXPO-CON/AGG 2011.

During the event, SANY America also announced a new service program. Customers can take advantage of 24-hour service centers and a comprehensive parts inventory. In addition, SANY America will service any pump truck from any manufacturer. In July, the company will start stocking competitors' parts. "We view service as a cornerstone to success," Wright says.