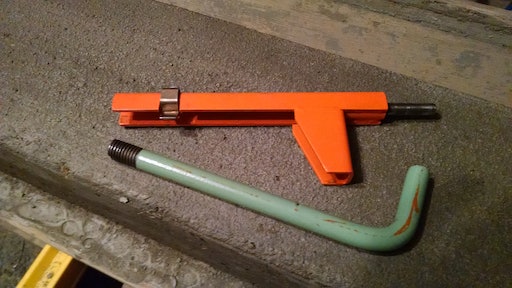 The hook bolt driver is a tool used to fasten epoxy coated hook bolts into couplers. Hook bolts are used in longitudinal joints in concrete pavement to tie two pavement joints together.