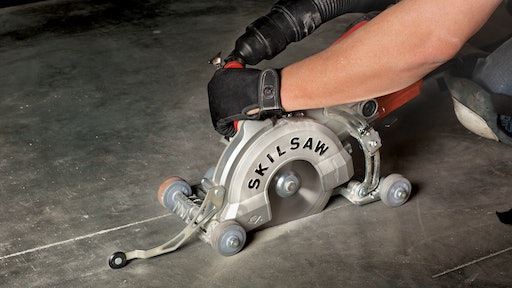 Skilsaw announced the first fully integrated worm drive saw designed to score and cut concrete. Until now, users had to create their own tool workarounds to score concrete by modifying a worm drive saw with costly third party or homemade attachments, and the results were less than ideal. Medusaw is the first worm drive concrete saw that delivers a complete concrete cutting system with legendary Skilsaw worm drive power and durability. Skilsaw engineered this saw with an integrated wet/dry dust management system to control dust, allowing for cleaner cuts, and GFCI protection. Both features extend the life of the saw and protect the user. Medusaw features: