What You Need to Know About Plastic Shrinkage Cracking

Understanding the causes of plastic shrinkage cracks, monitoring jobsite conditions, and implementing precautionary measures can prevent or at least minimize these unsightly cracks from occurring. 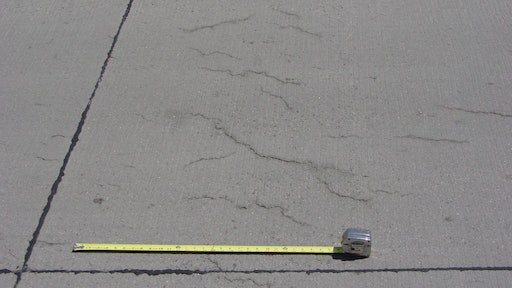 Occurring in both random and parallel patterns, plastic shrinkage cracks are discontinuous, relatively short (few inches to several feet in length) and typically fairly shallow but occasionally can become full-depth cracks. Parallel cracks are typically spaced between a few inches to several feet apart and many times are oriented perpendicular to the prevailing wind direction. Cracks widths at the surface can be fairly wide (as much as 1/8-inch) but rapidly diminish with depth.

Plastic shrinkage cracks appear in the first few hours after concrete placement and typically before the finishing operations are complete. As the name implies, this form of cracking occurs when the concrete is still plastic and caused by surface shrinkage of the concrete. Occurring primarily in concrete flatwork, these cracks can also occur on other exposed, horizontal surfaces including beams, foundations, and tops of walls. Plastic shrinkage cracking is commonly associated with hot weather concreting but can occur at other times including periods of cold weather or whenever the surface concrete dries and shrinks because of rapid moisture loss.

Even construction operations including the screeding and finishing operations may influence the risk of cracking (Ref. 1). 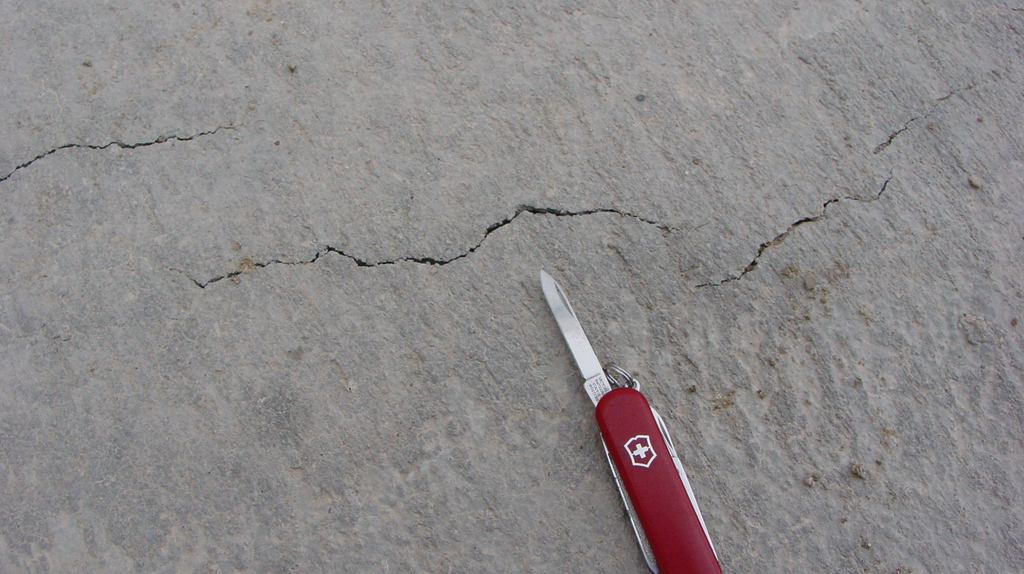 In addition to pattern cracks, plastic shrinkage cracks can also occur as isolated single cracks across flatwork. Due to drying and subsequent surface shrinkage, cracks are created by tearing of the surface when the dry shrinkage stresses exceed the tensile capacity of the plastic concrete.

In fact, the risk of plastic shrinkage cracking occurring actually depends on many factors and not solely on the rate of moisture loss or rate of evaporation from the surface. However, most project specifications and ACI 305.1-06 Specifications for Hot Weather Concreting rely on limiting the rate of evaporation from the surface as the primary means of controlling plastic shrinkage cracking (Ref. 2 & Ref. 3).

The default maximum allowable rate of evaporation commonly used is 0.20 lb/ft2/hr. However, ACI 305.1 recommends reducing the maximum allowable rate of evaporation to lower values when the concrete mixture contains conventional or ultra-fine pozzolans or other cementitious materials that may reduce the rate of bleeding and delay concrete hardening. For these type of mixtures, 0.15, 0.10 and 0.05 lb/ft2/hr values are commonly specified. 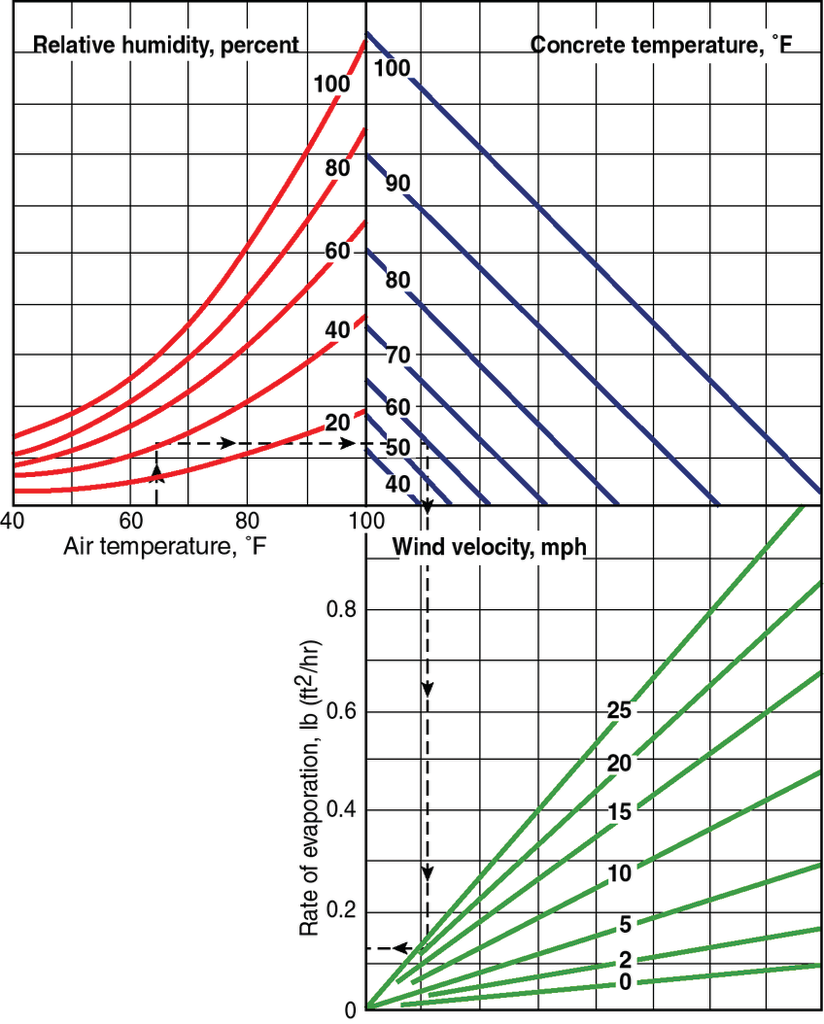 Figure 1. This nomograph, based on the Menzel Formula, provides a graphical method of estimating the loss of surface moisture for various weather conditions (Ref 5).

By using the nomograph (Figure 1), the rate of evaporation of surface moisture or more specifically the severity of the evaporative exposure can be estimated from the measured air and concrete temperatures, relative humidity of the air above the surface and the wind velocity at the surface. The nomograph is based on the Menzel Formula that was actually developed from studying the evaporation of water from Lake Hefner near Oklahoma City in the 1950s. For fascinating information about the nomograph and the Menzel Formula, see References 2, 3 and 4.

To properly use the nomograph or the Menzel Formula, input measurements must be taken in the same manner as developed for the Menzel Formula. Specifically, measure and calculate the average horizontal wind speed at 20-inches above the concrete surface, measure the air temperature and relative humidity at a level approximately 4 to 6-feet above the concrete surface on the windward side and shielded from the sun’s rays. The concrete temperature is the temperature of the freshly placed concrete. ACI 305.1 requires monitoring to start 1-hour before the start of concrete placing operations and continue at 30- minute intervals or less until the specified curing procedure have been applied. 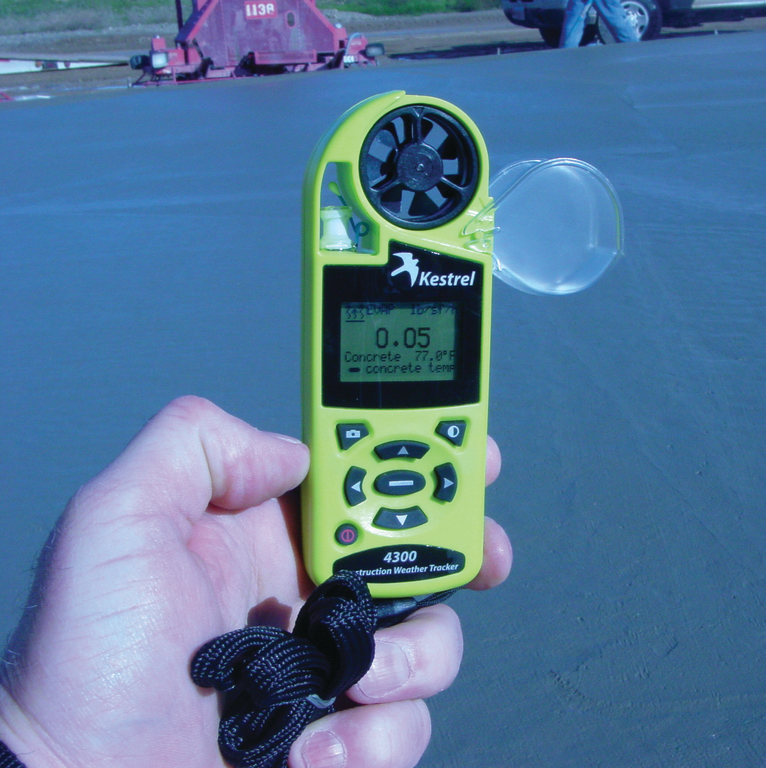 Specifications typically require the contractor to take preventative measures to control the rate of moisture loss whenever the estimated rate of evaporation exceeds the maximum allowable specified rate.

Evaporation retardants are moisture-retaining films that reduce the rate of evaporation from the surface of the concrete between the various finishing operations. Because most of these products after mixing consist of one part retardant and nine parts water, they should not be used as a finishing aid or worked into the top surface of the concrete. Mixing water into the top surface can reduce concrete durability, especially abrasion and scale resistance.

The best way to avoid aesthetic and durability concerns related to plastic shrinkage cracks is to understand the susceptibility of the concrete mixture to cracking, monitor the jobsite conditions, and take the necessary actions to minimize rapid moisture loss from the surface of the concrete.