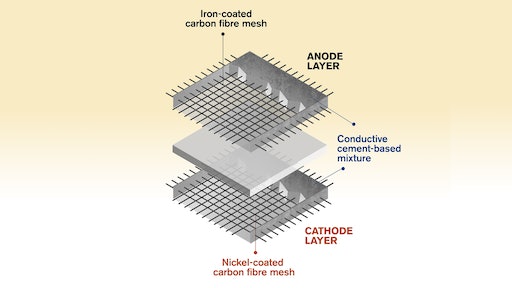 The concept involves first a cement-based mixture, with small amounts of short carbon fibres added to increase the conductivity and flexural toughness. Then, embedded within the mixture is a metal-coated carbon fibre mesh – iron for the anode, and nickel for the cathode. After much experimentation, this is the prototype which the researchers now present.
Yen Strandqvist/Chalmers University of Technology

Chaulk this one to your list of the world's first innovations for the concrete technology industry. Researchers from the Department of Architecture and Civil Engineering of the Chalmers University of Technology (Sweden), published an article outlining their work in the development of a rechargeable battery made of cement.

Years ago, Doctor Emme Zhang and a research group headed by Professor Luping Tang set out to search for "the building materials of the future." With the recent publishing, they believe they've done just that.

The article was published in the March 2021 "Advanced Concrete Materials in Construction" special issue of the journal Buildings.

An official announcement from the University describes the concept: "[It] involves first a cement-based mixture, with small amounts of short carbon fibres added to increase the conductivity and flexural toughness. Then, embedded within the mixture is a metal-coated carbon fibre mesh – iron for the anode, and nickel for the cathode."

Imagine an entire twenty storey concrete building which can store energy like a giant battery. Thanks to unique research from Chalmers University of Technology, Sweden, such a vision could someday be a reality. Researchers from the Department of Architecture and Civil Engineering recently published an article outlining a new concept for rechargeable batteries – made of cement.Yen Strandqvist/Chalmers University of Technology

A rechargeable cement-based battery was developed, with an average energy density of 7 Wh/m2 (or 0.8 Wh/L) during six charge/discharge cycles. Iron (Fe) and zinc (Zn) were selected as anodes, and nickel-based (Ni) oxides as cathodes. The conductivity of cement-based electrolytes was modified by adding short carbon fibers (CF). The cement-based electrodes were produced by two methods: powder-mixing and metal-coating. Different combinations of cells were tested. The results showed that the best performance of the rechargeable battery was the Ni–Fe battery, produced by the metal-coating method. 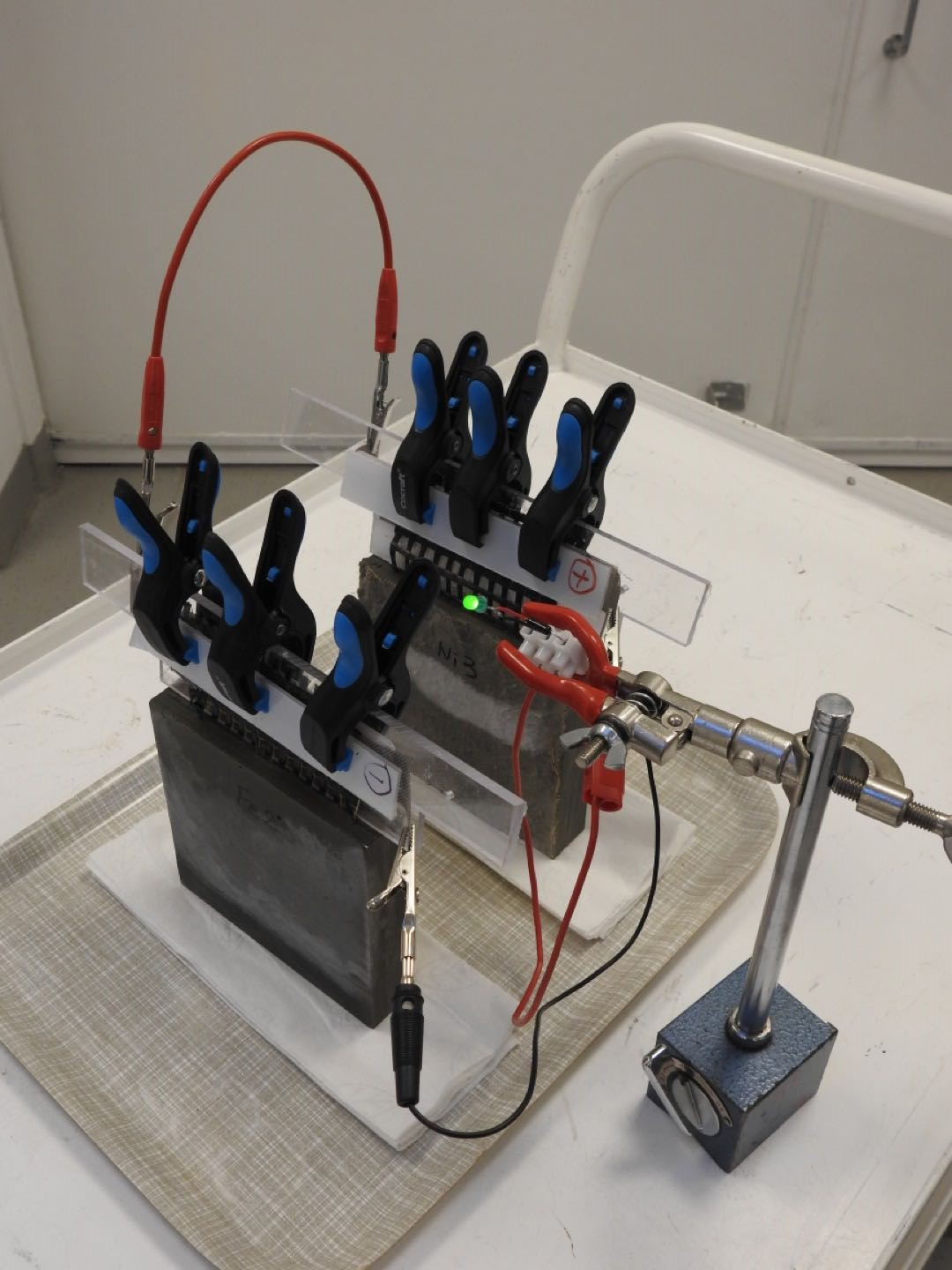 Seeing the potential, researchers provided examples of the possibilities where the battery could be implemented within the construction of tomorrow: "from powering LEDs, providing 4G connections in remote areas, or cathodic protection against corrosion in concrete infrastructure."

“It could also be coupled with solar cell panels for example, to provide electricity and become the energy source for monitoring systems in highways or bridges, where sensors operated by a concrete battery could detect cracking or corrosion,” suggests Zhang.

Applying the concept to a much larger scale, say, a multi-story building with the electrode embedded into each layer of concrete could amplify the potential practical use of the idea. However, this is merely the prototype as the concept is still at a very early stage and technical questions will have to be investigated before it can be applied to real-life situations such as life span and recycling issues should the building need razing. Yet, researchers are hopeful.

Tang is positive of the idea's potential. “We are convinced this concept makes for a great contribution to allowing future building materials to have additional functions such as renewable energy sources,” concludes Tang.

Chalmers University of Technology in Gothenburg, Sweden, conducts research and education in technology and natural sciences at a high international level. The university has 3100 employees and 10,000 students and offers education in engineering, science, shipping, and architecture.

With scientific excellence as a basis, Chalmers promotes knowledge and technical solutions for a sustainable world. Through global commitment and entrepreneurship, we foster an innovative spirit, in close collaboration with wider society.The EU’s biggest research initiative – the Graphene Flagship – is coordinated by Chalmers. We are also leading the development of a Swedish quantum computer.

So, who had "batteries made out of cement" on their 2021 BINGO card?